The BCG Guide to Summer Interviewing

What do you think about this article? Rate it using the stars above and let us know what you think in the comments below.
317 views

Ah, summertime: a season that evokes images of picnics, family vacations to the beach, and lounging by the pool. Although some associate summer with a decrease in work, our experience is that the summer can be the most jam packed period for associates. In addition to the normal workload, summer associates are everywhere, begging for attention and lunch companions. And, if you are in the midst of the interview process during the summer months, you may find summer the most difficult season to get through the process. 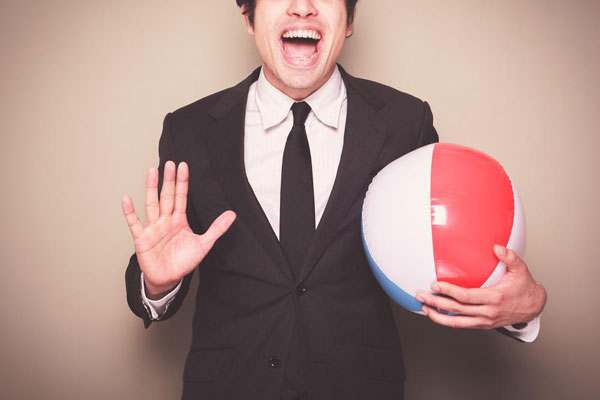 What do I Wear?

On the surface, this is a fairly silly question. Certainly, there are more important issues one encounters during the recruiting process than what color shoes go with a navy suit. However, appearance at an interview should not be overly marginalized. The truth is that lawyers are in the customer service business, and being professional in your appearance and demeanor is one facet of your overall performance as a lawyer. So, while you are being evaluated on the basis of your substantive knowledge, record, and interest, you are also leaving an impression on your audience by the way you dress.

It is for that reason that we absolutely recommend that attorneys interviewing wear suits, even when the firm with whom the attorney is interviewing is business casual. This is just as true during the summer months, when some firms allow considerably more casual attire than they would throughout the remainder of the year. Yes, we know, it is sometimes uncomfortable to be the only person in the room wearing a suit. However, the fact is that you do not know your audience. The partner with whom you are interviewing could be one of those lawyers who simply does not believe in business casual under any circumstances. Although his firm's policy may not jive with his way of thinking, he or she may have a negative image of you based only on your appearance. While we don't agree that "clothes make the lawyer," why jeopardize an opportunity at a firm because you didn't look the part? In short, no one will raise an eyebrow at a lawyer wearing a suit to an interview. Some may at a lawyer who does not. Why take the chance?

There's an Exception. We're Lawyers. There are always exceptions.

On occasion, a lawyer is concerned that wearing a suit on their interview day, especially in the middle of a firm's casual summer, will set off alarms indicating to that lawyer's current firm that the lawyer is interviewing around. Although this is in no way a general rule, there are times when the interviewing firm will allow or encourage a lawyer to come in business casual attire. If this is the case, each lawyer should still be careful in deciding whether to go in anything more casual than a suit.

First, business casual attire may mean many things to different people. While golf shirts and open-toed shoes may be commonplace in a variety of firms, we do not believe that this is interview appropriate attire. Certainly, you may still see attorneys in the halls dressed way down, but only your most professional business casual attire will do, and only then with express permission from the firm. Appearing too casual may have the effect of causing your interviewer to believe that you are casual with respect to your attitude about them.

But it's Hot Outside!

Yes, and this can lead to some funny, but disastrous results. We know of one man who, while waiting for his interview to begin, was reading the Wall Street Journal in the lobby. Simultaneously, he was wiping off beads of sweat from his face. Upon beginning the interview, the interviewer said, "you seem to be the type of guy who reads the paper every morning," and then advised him to run to the bathroom. While wiping his face, the man had gotten newsprint from his hands all over his face. The interview never went anywhere after that.

To our knowledge, science has not yet invented anything that will prevent nervous sweat during an interview. However, if you are likely to manifest your stress by excessive perspiration, be prepared. Bring a handkerchief, leave yourself plenty of time to get to the interview so you won't have to rush, bring a cold bottle of water. Your linen suit may be the favorite thing in your closet, but are you going to look like a rumpled mess after the first 10 minutes?

Margaritas are Not Your Friend

At least not the night before an interview. Even if you are only going in for a quick screening interview, and load up with coffee, you should still never appear tired or worn down for your visit to a potential new firm. Aside from the obvious issues an interviewer would have with a candidate who still smells like tequila, being tired or talking about a big night out the night before leaves the impression of someone who really doesn't care whether they get the job for which they are interviewing. And, as stellar as you may look hung-over, and despite a good shower, we still know lawyers who have walked into interviews with the remainder of a bar's hand stamp that couldn't be washed off, who had to excuse themselves to get sick in the bathroom, and who arrived late after sleeping too late. None of these lawyers got the job.

You're Getting the Point, right?


It's summer! Time to have fun and kick back - summer seems to bring out the silly and laid-back part of all of us. Casual is fine for everyday life, but not while interviewing at a firm. Even though the lawyer on the other side of the desk may be leaning back in his chair after a two hour lunch with a summer associate, his feet propped up on the desk, you must make sure that you remain as professional and engaged as you would in a stark conference room full of suits.

"Nadeen took the time to really get to know me. We spent 20-30 minutes initially and she..." Read more

"My legal placement professional was great and really creative in identifying some opportunities that I wouldn't..." Read moreStephen Cazares
UCLA School of Law, Class Of 1998
Placed at Davis Wright Tremaine LLP

"I worked with Nadeen Weybrecht and she was wonderful. She was my favorite thing about..." Read moreSarah Warren Smith
University of Richmond School of Law, Class Of 2011
Placed at Troutman Sanders LLP