What do you think about this article? Rate it using the stars above and let us know what you think in the comments below.
1266 views

Summary: The billable hour has long been a staple of law firms, but it also appears to be hindering gender equality at major law firms. Learn more in this article. 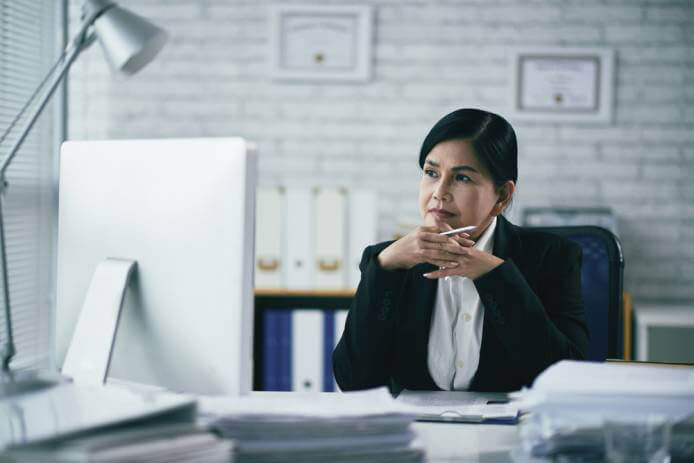 Law firms continue to struggle with gender inequality when it comes to attorney retention and compensation. Female and male attorneys start out as first-year associates in roughly equal numbers, but women leave law firms at a far greater rate than men. Moreover, women receive less compensation than their male counterparts, especially at the highest (equity partner) ranks.

There are numerous factors that account for the law firm gender gap—including lack of mentorship and networking opportunities, lack of opportunities for flexible work arrangements, and underrepresentation of women in firm leadership roles. But the “billable hour” as conceived and utilized by modern-day law firms also plays a significant role in impeding gender equality. This article explores some of the recent scholarship on the ways in which the billable hour fits into the gender inequality equation.

Time-based metrics like the billable hour are an underlying cause of law firm gender inequality, according to a 2016 white paper published by Stanford Law School Women in Law Policy Lab Practicum, Retaining & Advancing Women in National Law Firms.

One of the most obvious reasons why high billable hour requirements work to the advantage of men and to the disadvantage of women is because many women who work in law firms also shoulder child and family care responsibilities to a greater extent than their male counterparts. When value is measured by how many hours an attorney clocks in during the year, the attorneys who have the fewest competing obligations are generally going to do better.

Even when law firms institute flexible work arrangements to help accommodate attorneys struggling with the work/family dilemma, women still find themselves on the short end of the stick. This is because the philosophy that underlies modern day billable hour requirements is “that everyone devote 100% of their time and attention to firm matters” and a stigma is attached to those who opt for a different approach. As women are the ones who most often take advantage of these opportunities, women are the ones who are most often stigmatized by them. The study points out that working part-time can be a viable option in certain situations, but that “when time is a primary method of evaluation used in place of less quantifiable metrics, women choosing part-time options have faced bleak prospects.”

Time-based metrics also disadvantage women in other ways. For example, a discrepancy exists between hours billed and hours worked by men and women in law firms. Despite the fact that women work as hard as or harder than their male counterparts, men are somehow being credited with more billable hours. The reasons for this are unclear, but it may be that law firms are giving women qualitatively different billable work to do or giving women more non-billable tasks to do such as mentoring or recruitment. Moreover, because of implicit bias and gender stereotyping, partners may assign more valuable work to men because they perceive men to be more dedicated to work and not conflicted by family obligations.

Men also command higher billing rates than women. The Stanford study found that, “Female law firm partners have billing rates that are, on average, 10% lower than those of male law firm partners, even when controlling for experience and market. In the case of junior associates, gender differences in billing rates persist despite the fact that such associates are often paid on a ‘lock-step’ basis.” One explanation for the disparity might be that men and women gravitate towards different practice areas—with those dominated by women commanding lower billing rates. But if this is the reason, the authors query, “does this lead to a self-fulfilling prophecy or vicious cycle, in which women are perceived as less valuable, therefore assigned to lower-status work, confirming then that they are less valuable?”

As far as solutions go, the authors recommend that law firms consider adopting a more holistic metric called “utilization rate.” This type of metric, already employed by accounting firm Deloitte, allows for a more textured evaluation of an attorney’s value to a firm:

If law firms intend to maintain the primacy of the billable hour, they may want to again consider the example set by Deloitte. Like law firms, accounting firms are driven by the billable hour, but Deloitte’s model features one important difference: it employs utilization rate as a key metric, which measures employees according to the number of hours they have worked as a percentage of the total hours that they are expected to put in. This means that, rather than looking to a numeric figure that represents total hours only, firms can measure the proportion of time spent each day, month, or year, on average, on billable and other valuable activities. This utilization model allows a firm to determine which important (but non-billable) activities—like vacation time—should be removed from the equation (i.e. the denominator of hours that employees are expected to work) or otherwise be counted as equivalent to billable hours. The ability to subtract from the denominator enables the firm to recognize important contributions that otherwise would be seen as ‘taking away’ from billable hours. Given that women work longer hours but have fewer billable hours than men, a switch to utilization rather than total hours could prove positive.

Implicit Bias and the Billable Hour

Billable hour requirements also are fraught with potential for implicit bias, which works to the disadvantage of female attorneys, according to the 2015 Fordham Law Review article, Difference Blindness vs. Bias Awareness: Why Law Firms with the Best of Intentions Have Failed to Create Diverse Partnerships. Billable hour requirements might look like they are designed to measure attorneys equally and objectively—without regard to gender or any other diverse factor—but in actuality they often end up favoring the dominant class of male attorneys:

The billable hour is commonly understood as an equal, neutral standard, which does not differentiate between men and women lawyers based on their gender. High billable hour targets, formal and informal, are thus understood as constituting the same bar for everyone wishing to make partner, often explained by external client demands and increased competition by other large law firms for entity clients. Even under this account, as noted earlier, billable hour practices will generally result in favoritism for white men as a matter of internal firm dynamics and business development, absent a systematic and critical audit of the influence of homophily and implicit bias on the day-to-day work of the firm.

Implicit bias creeps into the billable hour analysis in at least two ways. First, as discussed above, high billable hour requirements favor men because men do not have the same outside child and family care responsibilities as women. Additionally, because of homophily—the phenomenon of people feeling most comfortable with those who are similar to them—male partners may tend to assign work to other male attorneys for no other reason but because they are male. When evaluated this way, a male attorney with high billables might not be inherently more driven or productive than his female counterpart—he may simply have shared more similar characteristics with the people assigning the work and thus had more chances to demonstrate his drive and productivity.

The authors suggest that law firms take a more progressive approach to billable hours—one that not only addresses concerns associated with implicit bias and homophily, but which also takes into account many of the kinds of contributions that female attorney make in firms (and which provide value) but for which they are not necessarily given credit:

The billable hour is certainly a useful tool by which BigLaw can monitor the input of its lawyers. But it ought not dominate large law firms’ thinking about its lawyers’ value, worth, and loyalty to clients, given its gendered frame and disproportionate impact on the career trajectory of women and minority lawyers. Bias awareness suggests the development of additional assessment tools alongside the billable hour that can more accurately measure the input and output of BigLaw lawyers, such as the quality and timeliness of work product, responsiveness, effective communications with law firm’s team members and the client, and client satisfaction.

Billable hour requirements appear to be thwarting gender equality at major law firms. According to recent scholarship, men command higher billing rates—possibly as a result of undervaluing practice areas in which women predominate—and men seem to be given credit for more billable hours even though women work as hard or harder than their male counterparts. Furthermore, gender stereotypes, implicit bias, and homophily persist in the BigLaw environment. This means that male attorneys may be getting credit for high billable hours (and given related advancement opportunities) because they happen to look like the assigning partners and not because of their inherent superior ability to do the job.

Firms that want to lead the way for gender equality should consider instituting a utilization rate metric as opposed to a billing rate metric. They should also be aware of—and counter—any stigmatization of attorneys who take advantage of legitimate firm-sanctioned flexible work options. Finally, they should think about taking a more holistic approach in measuring an attorney’s value, which could include factors such as quality and timeliness of work product, responsiveness, and client satisfaction, along with billable hours.

"I don't have experience working with any other search firms, but Jennifer was just really..." Read moreNicholas Contento
University of Notre Dame, Class Of 2017
Placed at Baker Botts L.L.P.

"[BCG was] very pro-active. I thought [they had] expansive thinking as far as different..." Read more

"My favorite thing about BCG Attorney Search was the attention to detail. They had very..." Read more