What do you think about this article? Rate it using the stars above and let us know what you think in the comments below.
712 views

Summary: Law firms are striving to be more diverse but are facing challenges along the way. This article explains why these challenges happen and how law firms can overcome them. 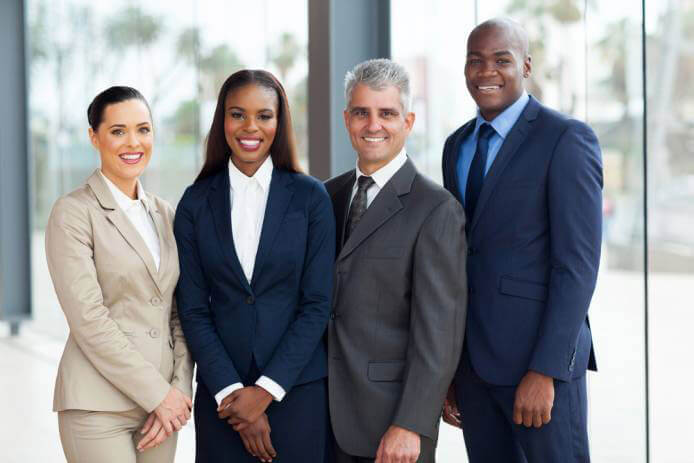 Modern law firms aspire to diversity. Whether large or small, most firms have stated policies as well as genuine intentions to maintain a diverse workforce and to hire and advance people based on merit and without discriminating against anyone based on a diversity factor.

These intentions come from a moral and ethical imperative to do the right thing, but they also come from economic self-interest. Law firms understand that society is becoming ever-more diverse and that the talent they need to prosper and beat the competition is not defined by race, gender, religion, sexual orientation, cultural variations, or any other “diverse” factor. Instead, it is defined by the capacity of the attorney to do the job in the most effective way possible and to meet the client’s objectives (which—interestingly—in some cases means ensuring a diverse team of lawyers staffs the client’s matters).

Scholarship on Lack of Diversity

Individual law firms, law firm attorneys, law firm committees, and organizations like the ABA are tackling the issue of law firm diversity. But academics are too. As discussed below, legal scholars and scholars in other social science disciplines are conducting research into the problem and providing suggestions to help law firms become more diverse institutions.

A common thread that runs throughout much of the research involves the importance of “social capital” to an attorney’s career and the need for law firms to eliminate implicit bias concerns that impede the ability of minority lawyers to access and benefit from social capital.

Despite good intentions, lack of diversity continues to plague the legal profession. According to the American Bar Association’s National Lawyer Population Survey 10-Year Trend in Lawyer Demographics, in 2017, 68.7% of attorneys are male, 35.3% are female, 4.1% are African-American, and 3.9% are Hispanic. These percentages represent only slight divergences from the status quo ten years ago, when 69.9% of attorneys were male, 30.1% were female, 3.2% were African-American, and 3.1% were Hispanic.

Another ABA publication, A Current Glance at Women in the Law, published in 2017 by the Commission on Women in the Profession, gives further details on the disparate circumstances experienced by female attorneys. The guide reveals that less than a quarter of Fortune 500 general counsels are women and about a third of federal district court judgeships are held by women. Additionally, female attorneys earn a weekly salary that is less than 90% of the salary earned by male attorneys and female equity partners in the largest firms earn 80% of that earned by male counterparts.

A 2016 study by academics from Stanford, Georgetown, and the University of Washington found that the modern trend towards lateral hiring in law firms can work to the disadvantage of minority attorneys, who often have less access to the social networks needed for successful job searches. The study, Career Mobility and Racial Diversity in Law Firms, looked at more than 1,400 attorneys who lost their jobs in the 2008-09 recession after working for one of six failed law firms (Dreier, Heller Ehrman, Morgan & Finnegan, Thacher Proffitt Wood, Thelen, and WolfBlock).

The study found that African-American attorneys were 9% less likely to find another job (and African-American associates 16% less likely), and concluded that firms “interested in increasing legal diversity might want to invest in developing strong work relationships for black associates.” The authors explained their findings as follows:

The study indicates that firms can help increase diversity by providing better internal support systems that help minority lawyers build social capital within firms. Such systems may include mentoring relationships, but they also should include means by which minority attorneys can form bonds with coworkers. Strong coworker relationships provide career support as well as job search advantages in the form of coworker recommendations.

Another study, A Portrait of Asian Americans in the Law, spearheaded by California Supreme Court Justice Goodwin Liu and Yale Law School students, reached a similar conclusion in connection with Asian American lawyers. Though the study found that in recent decades Asian Americans were the largest minority group in major law firms, it also found that Asian Americans had the highest attrition rates and that lack of access to mentors and networking contacts (especially for Asian American women) was a primary barrier for advancement.

Other scholars who have studied lack of diversity in law firms suggest that excessive emphasis on “difference blindness” is a big part of the problem. They recommend that law firms replace difference blindness standards for hiring and advancement with a “bias awareness” approach. In the 2015 Fordham Law Review article, Difference Blindness vs. Bias Awareness: Why Law Firms with the Best of Intentions Have Failed to Create Diverse Partnerships, the authors explain that:

[A] significant barrier to systemic diversity at the law firm partnership level has been, paradoxically, the insistence on difference blindness standards that seek to evaluate each person on their individual merit. While powerful in dismantling intentional discrimination, these standards rely on an assumption that lawyers are, and have the power to act as, atomistic individuals—a dangerous assumption that has been disproven con­sistently by the literature establishing the continuing and powerful influence of implicit and institutional bias. Accordingly, difference blindness, which holds all lawyers accountable to seemingly neutral standards, disproportionately disadvantages diverse populations and normalizes the dominance of certain actors—here, white men—by creating the illusion that success or failure depends upon individual rather than structural constraints. In contrast, we argue that a bias awareness approach that encourages identity awareness and a relational framework is a more promising way to promote equality, equity, and inclusion.

Law firm institutional systems of advancement that rely on difference blindness, the authors argue, are based on the assumption that a person will make it into the firm’s upper echelons based solely on that person’s individual actions. But that assumption is misguided, as in reality—and as encapsulated in a bias awareness approach—advancement of an individual within a law firm is not the product of that individual alone, but of relational factors, as well.

Law firms that want to move away from such a cycle and try something new can opt for a bias awareness system. One way to begin implementing a bias awareness system is by instituting training programs about how to avoid implicit bias in work collaborations, mentoring relationships, and evaluations. Another way is by training all attorneys about how to build social capital and develop business. Moreover, firms can develop “additional assessment tools alongside the billable hour that can more accurately measure the input and output of BigLaw lawyers, such as the quality and timeliness of work product, responsiveness, effective communications with law firm’s team members and the client, and client satisfaction.”

The problem of implicit bias also is the subject of another recent law review article, Implicit Bias and The Legal Profession’s “Diversity Crisis”: A Call for Self-Reflection, recently published in the Nevada Law Journal. The author makes suggestions about how law firms can mitigate the pernicious role implicit bias plays in law firm culture, including by having key players in the firm assume responsibility for instituting systems to avoid implicit bias instead of simply relying on diversity committees to do so. Additionally, attorneys involved in hiring decisions should receive comprehensive training about implicit bias and candidate interviews should be conducted by a diverse panel of attorneys as opposed to a single attorney who may be more susceptible to implicit bias.

Achieving diversity within law firms and the legal profession is an admirable and viable goal. The academic scholarship discussed in this article provides insight into why the problem continues to persist despite significant efforts to remedy it.

To move further along towards diversity, firms might consider expanding the ways in which minority or “diverse” attorneys access, build, and capitalize on social networks. They also might question whether difference blindness is impeding diversity efforts and ascertain whether steps can be taken to meet diversity goals by improving awareness of implicit bias, instituting across-the-board training in networking and business development, and even reworking the way billable hours are calculated.

"Hi Harrison, I am gainfully employed at the moment. I am not looking for a new job. Thank you and I enjoyed..." Read moreChristopher Bella
Santa Clara University School of Law, Class of 2013

"This was my first time working with a recruiter and Christina was more than I could have..." Read more

"[The] status update was helpful to have, and you were pretty accessible over the phone...." Read more

"I just received your very thoughtful bottle of champagne and wanted to reach out to you both to say thank you,..." Read moreKathleen Martini
University of Chicago Law School, Class Of 2018
Placed at Jones Day.

"[My favorite part about working with BCG Attorney Search was] the follow up, and not having..." Read more