What do you think about this article? Rate it using the stars above and let us know what you think in the comments below.
114 views

The hot summer months of July and the much-anticipated ''holiday'' downtime of August prompt many foreign associates and partners to review their careers more closely. Very often, such close examination leads to thoughts of a lateral move to U.S. practice, which promises cutting-edge work and high-market-value deals. This summer, however, making a lateral move to U.S. practice has been rendered more difficult due to increasing visa restrictions and already-met quotas as of April 2007. This article will address some of the more common questions I am fielding from associates abroad who wish to practice in New York or another top U.S. legal market. 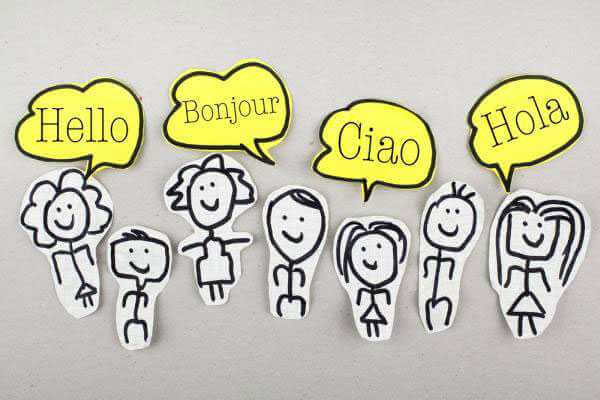 When considering a move to the U.S., most foreign associate and partner candidates rely on the H1B visa—hoping their new U.S. employers will sponsor them. As is well known, however, the U.S. government-established quota for applicants wishing to work in the U.S. under such documentation has been scaled back drastically over the last three years. In 2006, for example, the quota for the H1B was set at 65,000, which is down from the more than 116,000 that were approved in 2005.


The lowering of the H1B quota was prompted by a number of factors, including 9/11, which heightened the government's awareness of our immigration laws. Thus, while the restrictive quota is designed to serve the purpose, among many others, of keeping a better eye on our shores and limiting the displacement of experienced American citizen professionals, such restrictive quota does not solve the grand dilemma that the demand for entry remains exceedingly high and far outweighs H1B supply.

What does this mean in concrete terms? The quota for the H1B for the fiscal year 2007 opened April 1, 2007, and was met April 2, 2007...one day later. This is a shocking fact, as the term for candidates to apply for and obtain such visa (with a fully liquid quota) traditionally runs from April through October. Of course, the government did open up an extra quota of 20,000 for those with advanced degrees (LL.M.s, for example); however, that quota was also met 29 days later on April 30, 2007. Hence, for anyone relying on obtainment of the H1B to complete his or her dreams of making a move to U.S. practice, your options are already severely restricted.

Question Number Two: "Is there an alternative to the H1B visa?"

Yes, there are alternatives. First, if you are already on an active H1B, you do not need to reapply. Because you are not a new applicant, you are not subject to the aforementioned quota. Moreover, if you have held H1B status at some point during the past six (6) years and have not been outside the U.S. for more than 365 consecutive days, you are also exempt from the aforementioned quota. Instead, you can get a "transfer" to a new H1B. (Remember: the H1B only allows you to work for the employer sponsoring you for the visa...and only in the capacity described.) Therefore, if you possess an active H1B, do not reapply. Simply seek a transfer instead to your new employer.

The H1B does not limit everyone, however. A large number of candidates may enter the U.S. in pursuit of their professional dreams under the H1B1, E-3, or TN-1. The TN-1, which is based upon the Free Trade Agreement between the U.S., Canada, and Mexico, applies to those lateral candidates with Canadian or Mexican citizenship. Note, however, that while there is a quota cap on Canadians, there is a 6,500 cap on Mexican citizens entering the U.S. Similarly, Australian candidates may enter the U.S. under the E-3 visa (reserved for 10,500 applicants), which is an arrangement proscribed via the Australian Free Trade Treaty. Finally, Singaporean and Chilean candidates may pursue employment with U.S. firms via the H1B1 (reserved for 6,800 applicants), which is again issued under the amended NAFTA treaty.

Hence, if you are a foreign candidate interested in working in the U.S. and possess citizenship with Canada, Mexico, Australia, Singapore, or Chile, you may still have options.

Outside of the H1B, a small handful of law firms will sponsor new associate/partner lateral hires under the J1 visa, which is sometimes referred to as the "Exchange Visitor Program." The good news is that there is no quota cap for this visa. The bad news is that, among other things, candidates operating under a J1 may incur a restriction, as the J1 (depending on your specific situation) may require you to return home to your country of origin for two (2) years before you are eligible to be approved for an H1B or a green card at a later date.

If you do not plan on returning home, with such terms having clearly been discussed between you and your new firm, you will likely not be able to acquire this visa. In order to put this visa in a better light, the J1 is typically extended to university sponsors for visiting scholars, researchers, and post-doctoral folks. Thus, the J1 really is a specialty situation which some law firms can work with and others simply cannot.

Depending upon your citizenship, there are many other possibilities for lateral candidates. You should speak to an immigration lawyer directly or your local immigration office to understand the visa rules, and your particular situation, more clearly.

In the U.S., a large number of law firms will not sponsor foreign lateral candidates for their green cards due primarily to (1) the length of the green card process and (2) the legal costs associated therewith (such as the fees associated with labor certification and otherwise). Of course, there are exceptions to this rule for partner candidates with large portables or associate candidates with niche practice skills or unusual "perfect matches"—e.g., where the candidate is Canadian, hired by the U.S. office of a Canadian firm, with mutual designs that the candidate will be with the firm long-term (partnership material).

Having said this, as with any other piece of the U.S. employment puzzle, one should always take the opportunity to ask whether his or her potential employer will undertake the green card process on his or her behalf. If you don't ask, they won't offer it. If you do ask, there may be room for possibilities.

Question Number Four: "Putting aside visa considerations, how important is the New York (or other U.S.) bar relative to obtaining employment in the U.S.?"

The answer to the above question depends on the firm. For some law firms, admission to the New York (or other U.S. jurisdiction) bar is a mandatory requirement before they will even consider you for employment. For others, it is not. Very often, the better your academic history and firm credentials, the more a firm will ease up on its bar requirements.

Having said this, if you are a foreign lateral candidate and you already have a U.S. bar (preferably New York) under your belt and admission obtained in such jurisdiction, you have put yourself leagues ahead of the rest of the pack and raised your market value significantly. In sum, whether or not you have the bar is not a lone determining factor of employment, but it is extremely relevant.

"I had a really good experience. My recruiter was great, she was very responsive. I loved..." Read moreFrank Sciremammano
Syracuse University College of Law, Class of 2012

"The BCG app is pretty convenient. I didn't use it a ton because I wasn't involved in the process for too long. You..." Read moreAlanna Guy
Cleveland-Marshall College of Law, Class Of 2018
Placed at Frantz Ward LLP

"BCG is a very streamlined process. It was very easy. I appreciated having a consolidated..." Read more

"Karen was very responsive and had great information and really listened to what I was..." Read more