Has the Profitability of Your Law Firm Plateaued? | BCGSearch.com

Has the Profitability of Your Law Firm Plateaued?

Summary: Learn what the drivers of profitability are in your law firm and how to ensure that your firm’s profitability continues to increase.
It is clear that many law firms are performing very well financially. Throughout the year, firms of all sizes have enjoyed solid productivity and a healthy pipeline of fee inventory. High single-digit to low double-digit increases in revenue and profits per equity partner will be common for many of these firms. 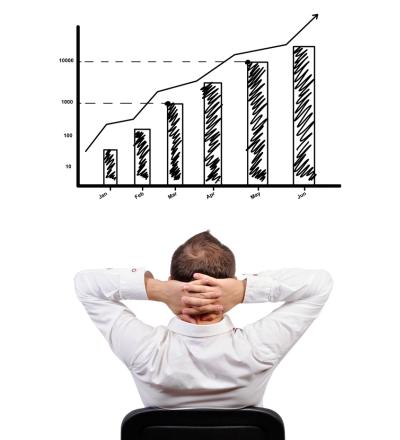 The bad news is that, as firms have grown more profitable and pushed harder on the drivers of their firms' economics, it is becoming difficult to identify ways to ensure that the double-digit increases in profitability will continue. After all, the economic model of law firms has only a handful of levers (rates, realization, leverage, utilization, expenses). Once firms pull as hard as possible on each lever, there is not much more they can do. For law firm leaders, managing the expectations of their partners will become a more difficult challenge, particularly since a good portion of those partners have come to expect double-digit increases in profitability each year.

In our work with law firms, we are often asked to assess a firm's financials, identify issues and, more importantly, suggest ways to enhance profitability. As the industry has become more competitive, enhancing profitability has taken on increased importance as firms try to figure out how to maximize their profits in order to retain key personnel and attract lawyers to the firm. There is no reason to think this will change anytime soon.

Now is a good time to reconsider the drivers of profitability and the steps successful firms are taking to ensure that they do not hit a profitability plateau. In our experience, firms that ensure that all partners understand the drivers of their firm's results and incorporate that knowledge into how they run their practices achieve the highest levels of success.

Over the past few years, increased billing rates have been the primary (and, in some cases, the only) driver of improved financial performance for a very large number of firms. Typically, firms increase their rates annually in order to capture the increased cost of doing business plus a little bit for profit. In some cases, firms are able to increase individual rates well above inflation when there is a clear instance of a lawyer who offers value to clients far in excess of a modest rate increase. Lawyers who warrant large rate increases are typically those who offer cutting edge expertise or are in extraordinary demand by clients.

Rate and pricing decisions make or break businesses every year. As in any industry, when businesses raise rates, they must ensure that clients receive value for their money. The legal industry is no different - while billing rate increases may be tied to inflation, they also need to be tied to client perception of value. Firms that misread their clients' valuation of their legal services are at risk of damaging their client relationship (if rates are set too high) and reducing their profitability (if rates are set too low).

For years, much has been written about the need for alternative pricing methods and clients' disdain for the billable hour. Nevertheless, pricing by the hour is not disappearing and much of the discussion about alternative pricing seems to be little more than background noise. As far as creativity in pricing is concerned, a common method is to offer a discount off of standard rates to certain key clients. As a general rule, offering such a discount is reasonable when a firm wants to establish or maintain a relationship with a key, strategically important client. Unfortunately, all too often, partners offer up discounts in order to secure clients and ensure there is something in their "column" for compensation purposes. Clearly, that is an unfortunate result, particularly if the client is not strategically important or the level of discount is such that it significantly erodes the firm's profit margin. The best way to deal with discounting and to ensure that the firm maximizes its rates is to have a strictly enforced, centrally managed client intake policy, rather than rubber stamp approval of any client with a legal need that does not present an immediate conflict.

Realization compares the value of hours worked (at standard rates) to the amount of fees collected. Poor timekeeping, billing, collection, or client intake practices reduce realization. In our work, we come across a large number of firms that believe they have very high realization rates. This is often due to the firms' decision to calculate realization off of non-standard (ie, discounted rates). In those firms where there is rampant discounting that is not factored into the realization calculation, the dollars that are "written-off" before time is actually recorded to the accounting system can be significant - as is the percentage of the firm's potential profits that is discounted away.

Recently, we have noticed that overall realization rates at many firms have started to decline. This obviously contributes to the potential profitability plateau. While part of this is no doubt due to the impact of prearranged discounts, increased pressure by clients on law firm bills is also a major factor. Firms that are able to maintain realization rates consistent with industry norms (92% to 94% of standard) use discounts judiciously, enforce effective client intake policies, clarify the scope of the project, fee estimate, and billing procedures with the client before taking on a matter and ensure that the value of the services provided is consistent with the fees charged to the client. Firms operating with overall realization below 90% need to dig deep into the reason for the firm's under performance and establish a plan to fix the issue.

While partner/associate leverage is widely regarded as one of the drivers of economic performance (much like realization, productivity, etc.), leverage of billable hours is more important and should be given greater attention than leverage based on body count. Leverage is often stated as the ratio of non-equity lawyers to equity partners; economic leverage focuses on the total billable hours each group works. A surprising number of firms, including some of the largest firms in the country, have solid leverage based on body count, but only mediocre leverage when based on billable hours. These firms should reevaluate their use of leverage. Leverage is only positive when you can keep the timekeepers busy. After all, having a high associate-to-partner ratio is fairly meaningless if the associates are underutilized. Firms where "body count" leverage far exceeds billable hour leverage typically have a large number of lawyers who neither work very hard as a working attorney nor generate significant business for the firm. Successful firms have the courage to take action when lawyers under perform, including counseling lawyers out of the firm.

Given that there are only so many hours in a day and so many days in a year, it's clear that there is an upper boundary on utilization (8760 hours per year, ignoring leap year). While some law firm leaders might see that number as an opportunity and wonder why they struggle to get their partners to log 1750 billable hours, the fact is that the overwhelming majority of full-time partners log somewhere between 1600 and 2000 billables each year. Over the past few years, average billable hours in many mid-sized and large firms have stagnated or declined slightly. This does not mean that the firms have less work, just that is it harder to get the average lawyer to record more hours.

There are a handful of reasons why the average hours are not increasing, including:

The list above presents a major challenge for most firms. In our experience, the ability to increase utilization is tied to a firm's ability to operate as a cohesive whole (for cross-selling purposes) and be relentlessly focused on achieving key strategic goals that set the firm apart from its competitors. Firms that operate as loose coalitions of lawyers without strategic goals tend to have low utilization, ineffective leverage, high turnover, and modest profitability. These firms truly worry us since they often compete based on price and little else. For them, the profitability plateau looms large, assuming they are not already slipping off it.

While overhead expenses are routinely blamed for causing below market profitability, the fact is very few firms have any sort of significant expense issue. When an overhead issue exists, it is often caused by one of the following:

Few firms fall into one of the categories above. Of course, that does not mean that partners will not focus on cutting costs to increase profits. In most cases, we view a preoccupation with expense reduction as a warning sign, particularly when a firm already has a lean expense structure. After all, there exists a threshold in expense cutting, after which the firm may lack the ability to function effectively. Also, expense reductions tend to be one-time events. At some point, partners need to recognize that in order to hit peak profitability; the change needs to be made at the top of the income statement (the revenue section) and not in expenses.

Some firms are applying a more creative approach to managing overhead by using specialists (really, consultants) to take a hard look at the firm's vendor arrangements and then work with the firm to negotiate the best deal possible. Since the consultant focuses on vendor pricing, he/she is often able to spot expense overcharges that the firm cannot see. Firms that are aggressive in their vendor negotiations tend to lower their costs for more mundane items (office supplies, telecommunications, etc.), thereby freeing up dollars that can be redeployed for revenue producing initiatives, such as marketing and client development.

The drivers of profitability require active and thoughtful management in order to be optimized or even simply improved. Ignoring profitability problems or postponing initiatives aimed at enhancing performance can undermine a firm's ability to attract top lawyers and can drive key partners away. A deeper understanding of the components of revenue generation and the firm's cost structure can enhance profitability and ensure that a firm does not hit the dreaded profitability plateau. 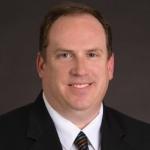 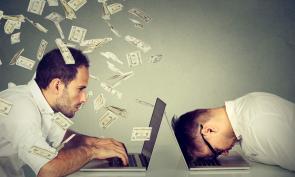 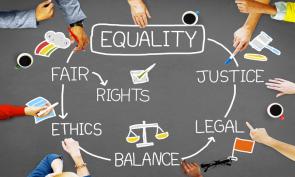 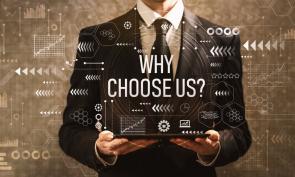 Why & How Law Firms Need to Plan Strategically to Stay Compe .... 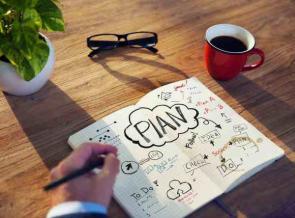