The Next Step on Your Professional Path: Build a Network | BCGSearch.com

The Next Step on Your Professional Path: Build a Network

What do you think about this article? Rate it using the stars above and let us know what you think in the comments below.
41 views

If you think you can make a successful career just by continually improving yourself, think again. You can write beautifully, argue passionately, think incisively, groom perfectly, even go to 1,000 conferences; but it will not get you the success you want. Conversely, ask yourself why it is that a certain partner down the hall does so well? He doesn't seem any smarter than you (just the opposite!); he doesn't have a very compelling presence; he doesn't even write very well. Why does he have so much business, and why is he ''going places?'' Hard telling. But I do know that no matter how much potential you have, no matter how much natural intelligence and drive you have, you cannot ''get there'' if you are doing it ''on your own.'' Therein may be the secret of that mystery partner: Maybe he is not doing it ''on his own.'' Maybe he has help. 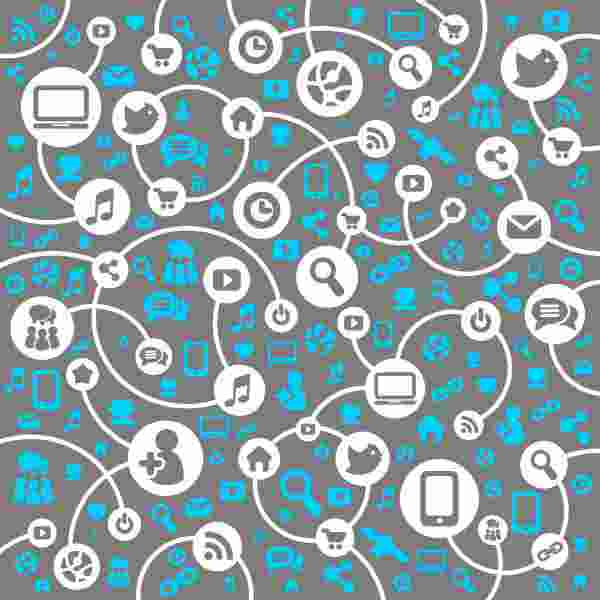 The fact is that many very intelligent people fail in law. I see great resumes every day from attorneys who started off brilliantly, only to lag behind when the spectre of partnership looms. I have a theory why that is the case. I believe that it all boils down to how well an individual can create and nurture a circle of colleagues. That's it. A simple concept, but a powerful dynamic.

There is an important principal of human interaction that I firmly believe in: The total effectiveness of any collaborative group is greater than the sum of its parts. It sounds simple, but the effects are enormous.
I like to think back to the example that ancient Roman legions can provide. The Romans, you may recall, were not numerous enough to subjugate an entire continent. Yet, they nevertheless did so for a long, long time. The backbone of their hegemonic rule was the legion, an organization only a third the size of a modern division. Nevertheless, it was a unit that was feared and admired throughout the Western world for centuries. Believe me, it wasn't the cool red uniforms that frightened away the natives. Rather, it was the high degree to which the members of the legion worked together. It was composed of heavy infantry (legionnaires), light infantry (skirmishers), and mounted fighters (cavalry). In turn, each consisted of troops with a variety of weapons at their disposal. Suffice it to say that the power of the legion was in the ability of all the moving parts, each with different skills, to work together cohesively. Their discipline and common purpose was what gave them victory after victory.

By contrast, compare the legion to the typical enemy fought by Rome: the barbarians. Barbarians (such as the Saxons!) were long on war cries and gallantry and short on organization. Each man considered himself (or herself!) as an individual fighter looking for individual glory. As such, they were usually easily defeated. It wasn't until the "barbarians" started adopting Roman fighting tactics that they began to give Rome a run for its money.

No, I am not going to suggest that you study military tactics as the key to your success (personally, I cannot understand a word of The Art of War). Instead, I suggest an easier method: Slowly, day by day, begin to build a network—a collection, really—of contacts, both inside and outside your profession. In doing so, you will be seeking to create a particular kind of relationship that those of you who do not have business background may not be familiar: the colleague.

Groan! I hear you, but please hear me out. I am going to inject some meaning into that tired term. First of all, I'll tell you what a colleague is not. A colleague is not necessarily a friend. Friendship implies a series of social obligations, the need to socialize outside the context of your profession. Colleagues do not have that obligation (but they might be friends anyway). Second, a colleague is not a business partner. The relationship does not necessarily imply that the two will actually work together or become each other's client. That could happen, but it isn't the primary function. Instead, the primary function of the colleague relationship is regular, if not frequent, contact on a professional level. That's right. The point is to talk, email, or perhaps have a coffee or meet up at an event on a regular basis. There is no magic in this, but I suggest attempting one contact with each colleague every quarter. The point is that you are developing a relationship that grows slowly, bit by bit. You can exchange news of mutual interest, maybe an article sent by email, or just low-level gossip about what is happening in your neck of the woods, however you define it. Believe me, this type of low-level activity has the tendency to build into something real, lasting, and powerful. Inevitably, one or the other of you will know someone who has the answer to that particular problem you just mentioned. Or one of you knows of an opening or need at a new firm. One of you may have the title to a terrific book or know of a conference that may be of interest to either party. The sharing of these little bits of information, each fairly insignificant, has a tendency to coalesce into a thriving network of mutual favors, hints, helping hands, and support. And, yes, sometimes these connections lead to new business, contracts, billables (!), success. But not because one or the other is trying to make it happen. Rather, because the law of averages (and certain principles of sales) decree that out of a certain number of contacts, a small but steady percentage of the same will result in a real business opportunity.

How to go about it. At every event you attend—every conference, CLE class, community function, or art gallery premiere—try to meet people of all walks of life. (Note to self: Always carry business cards). Be open, be interested in others, and trade information. You can meet an astonishing number of people if you pay attention. Once you have that information, enter it into some sort of system. Use a Rolodex, your Outlook "contacts," a business card holder—anything. Two or three days (at the most) after you meet someone new and trade information, send a little friendly email or make a quick call to follow up and just say hi. After that, develop a system for contacting every one of the persons on your list once each quarter. If you follow through on this plan, you will end up having two or three quick emails or calls to make a day, indefinitely. Further, you will amass a list of potentially thousands of contacts over time. Do not get overwhelmed. This will occur organically, naturally, and it might even be fun!

My approach is not to have any particular expectation about that contact. You do not need an "action plan" with respect to any one or a group of contacts. Instead, you are just making contact for the sake of contact and expressing interest in another person. As I have said, the benefits will add up.

You may be thinking at this point, what happened to the Roman legion analogy? Well, the point is that taking the approach of building a network of colleagues in a variety of disciplines is much like a group effort. You are not fighting barbarians, but something more insidious: professional chaos and frustration. In collaboration with your colleagues, you will slowly, but surely, come to find that you all have similar goals: professional success and satisfaction. Working together, in a million small ways, will bring you and others into a greater level of satisfaction in your career. It will also give you resources that you otherwise may not have had. In the end, it is not the things that we know we don't know that get us; it is the things that we don't know that we don't know; you know? In other words, having a large and growing cadre of professionals available to us will inevitably give you a greater perspective on individual problems; give you resources you never knew existed; give you ideas you would never have had on your own. Bottom line: one lucky call may just make the difference between finding the winning argument and losing it; between making partner or relegation to the ranks of the permanent associate; between satisfaction and frustration.

"Nadeen was great. She sort of quartered back the whole process for me and made it easy. As..." Read morePatrick Fanning
University of Richmond School of Law, Class Of 2013
Placed at Troutman Sanders LLP

"I was happy with how smoothly the process went, how quickly everything was handled, and how..." Read more

"I liked the feedback. I liked being able to check what the status was every week.You guys..." Read more

"My favorite thing about working with BCG was Carleen's responsiveness and attentiveness to what I was looking for..." Read moreStephan Bradley
Columbia University School of Law, Class Of 2017
Placed at Foley Hoag