What Does an Environmental and Land Use Attorney Do? | BCGSearch.com

What Does an Environmental and Land Use Attorney Do?

Congress enacted the Clean Water Act in 1972, which prohibits the unlawful discharge of a pollutant from a point source into navigable waters unless a permit is obtained. Point sources are water conveyance systems like pipes or constructed channels. Individual homes are exempt from this law.


The Environmental Protection Agency (EPA) monitors and ensures compliance with the Clean Water Act. It takes both civil and criminal action against those who violate the law.

The EPA’s civil, administrative actions are non-judicial enforcement actions in the form of a notice of violation or an order directing the violating entity to take action to comply.

The EPA’s civil judicial actions are formal lawsuits against entities that have failed to comply with the Clean Water Act’s provisions or comply with a previous administrative order. These lawsuits are filed on behalf of the EPA by the United States Department of Justice.

The agency also takes action against illegal conduct through criminal enforcement. The EPA has special agents that investigate allegations of criminal behavior. They work closely with the relevant U.S. Attorney’s Office, which is responsible for prosecuting the violation. Criminal prosecutions are usually reserved for the most severe violations and typically involve an entity that egregiously violates the law.


Job Opportunities in Water Quality for the Environmental and Land Use


Urban areas in the United States in the 1970s suffered from dense, visible smog. It prompted Congress to enact the Clean Air Act of 1970.

They significantly revised in 1977 and 1990, and it requires the EPA to establish air quality standards for widespread pollutants based on science.

Just as with the Clean Water Act, the EPA enforces the Clean Air Act. Its enforcement mechanisms are the same as described above. The environmental and land use attorneys have similar opportunities in this area of environmental law.


Congress enacted the National Environmental Policy Act of 1969. It generally requires that the government agency proposing a project must prepare an environmental impact statement (EIS). This statement examines the proposed project’s effect on the environment, discussing the proposed action and reasonable alternatives.

The drafting of an EIS is serious and often a politically charged endeavor. It often leads to lawsuits, with parties opposing the proposed project alleging the EIS is insufficient. The body of law in this area is massive, and there is abundant legal work in this field.

Alternatively, you can work for an environmental group or other entity in challenging the sufficiency of the EIS in court. You are representing clients opposed to the project.


Congress enacted the Endangered Species Act of 1973. The Act conserves and protects threatened and endangered species, as well as their habitats.

The United States Department of Fish and Wildlife enforces this act. It does this through 250 plain-clothed special agents.

The environmental and land-use lawyer defends property owners and others accused of violating these laws.


Climate change is a hot topic. Many people are seriously concerned about it and willing to spend enormous money to combat climate change. These climate change advocates hire many environmental and land use attorneys to help them in several different ways.


Many climate change advocates are interested in changing government practices to reduce their carbon imprint on the environment. They hire environmental and land use attorneys to look at legal ways to do so.

Examples include converting a city’s vehicle fleet to electric vehicles or changes in building codes to promote solar power use.


Legal violations of environmental laws designed to reduce pollution often go unaddressed due to a lack of legal resources. For example, in California, for years, many agencies did not comply with water pollution laws.

Climate change advocates stepped in when the enforcement agencies were too understaffed to prosecute all violations. The advocates hired environmental and land use attorneys to sue the government agency and force compliance with relevant environmental laws.


Climate change advocates hire environmental and land use lawyers to lobby for state and local governments to adopt policies that reduce the jurisdiction’s carbon footprint.


The Fifth Amendment to the U.S. Constitution provides that “private property [shall not] be taken for public use, without just compensation.”

The states also have this power, referred to as eminent domain.


The language of the Fifth Amendment raises two issues that repeatedly get litigated first, whether the taking was for public use, and second, whether you provided just compensation.

The law is complicated in both areas. The environmental and land-use lawyer is proficient in all aspects of eminent domain. They can either represent the government taking the property or the landowner whose property is being taken. A ubiquitous example is where a new highway passes through a neighborhood. The state transportation agency uses eminent domain to purchase all the houses to be destroyed so that you can build the freeway through the former community.


A government taking does not just involve acquiring ownership of the property. The concept of regulatory taking occurs where the government does not seek title to a landowner’s property but instead implements laws or regulations that decrease the property’s value. For example, a property owner runs a business selling eggs. They have 1,000 chickens. The state enacts a new law limiting the number of chickens on any property in the state to 500.


Many federal laws have been discussed, but zoning is generally a local issue.

Zoning refers to municipal laws or regulations governing how property in specified geographic areas can and cannot be used. For example, many common zoning laws restrict businesses from operating in areas zoned for residential use.

Often, a business or private person wishes to engage in activity on a property with zoning laws prohibiting that type of activity. To get an exemption to the zoning law, the property owner may seek a variance.

A variance is a request to engage in conduct otherwise prohibited by zoning requirements. It is a waiver of the requirements, not a permanent change in the ordinance. Typically, the request first goes to a local zoning board, which notifies nearby property owners of the application. There may be a hearing to determine whether the zoning board should grant the variance. If it is not, the applicant can usually appeal the decision to the county board of supervisors or the city council.

For larger businesses or some property owners, the land use and environmental lawyer prepares the variance request, presents it to the zoning board, and attends any relevant hearings. If necessary, they may appeal it to the local governing body and explain their client’s case in that forum.


Federal environmental statutes enacted within the past forty years have greatly influenced the practice of environmental law today. Individuals and groups have the right to bring a legal action under this body of law to protect the environment from pollution and overuse. Following are a few of the most important environmental laws:

• The National Environmental Policy Act (NEPA) of 1970, which requires that federal agencies undertake “Environmental Impact Studies” before pursuing projects that impact the environment.
• The Clean Air Act of 1963 and the Clean Water Act of 1972, which regulate the release of pollutants into the air and water.
• The Endangered Species Act of 1973, which designates and protects species on the verge of extinction.
• The Comprehensive Environmental Response and Conservation Act (The “Superfund” Act) of 1980, which assigns liability to polluters who contaminate sites with hazardous waste and requires them to pay for clean-up.


How Much Money Do Environmental and Land Use Attorneys Make?

Environmental attorneys often work for non-profit organizations or other causes, which reduces their potential salary. It is worth noting that the average salary of environmental lawyers can differ by state or city in which they are employed. Additionally, salaries may be influenced by:


Skills Required for an Environmental and Land Use Lawyer


Environmental law is one of the most complex areas of law. An environmental attorney must be capable of writing as well as speaking effectively. An attorney’s power to persuade others to a specific point of view is essential to winning court cases, but the attorney must also be able to organize an abundance of details into an effective argument.


How do I Become an Environmental and Land Use Lawyer?


Many environmental and land use issues are highly technical.

Water discharge limitations and air emission standards are science-based. Land use can get into detailed surveying issues. Those interested in a career as an environmental and land-use lawyer may consider a bachelor’s degree in chemistry, biology, or civil or environmental engineering. After that, but before law school, some work experience in an environmental agency is helpful. Then, after you have gone to law school and passed the bar, the sky’s the limit on your career. 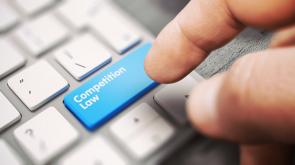 What Does an Antitrust and Competition Attorney do? 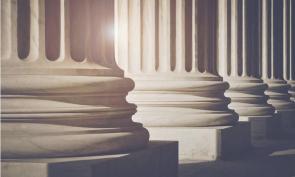 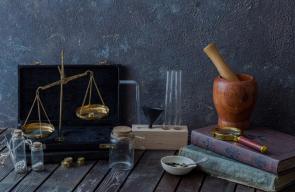 What Does a Chemistry Attorney Do?