What do you think about this article? Rate it using the stars above and let us know what you think in the comments below.
1753 views

Summary: There are in fact many compelling reasons for a firm, corporation, or other workplace to offer alternative work-time options. Here are some of them. 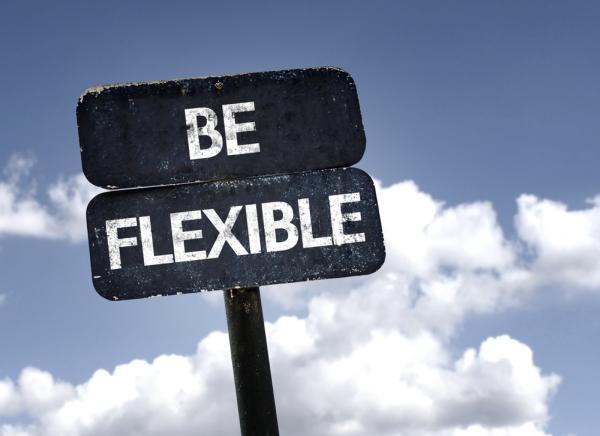 Statistics reveal growing job dissatisfaction among lawyers across the board, from associates to partners. Another indication of lawyer dissatisfaction is the tens of thousands lawyers leaving the practice of law every year-more than graduates from law school. Lawyer stress and dissatisfaction also are apparent in the growing number of lawyers reporting broken marriages, alcoholism, and other stress-related problems. Lawyers chiefly complain that they do not have enough personal or family time. In general, they are questioning a commitment to working long hours to the exclusion of other valuable pursuits: child rearing, personal interests, pro bono advocacy, community involvement, and care for aging parents, to name a few.
Management may believe that lawyers who put in superhuman hours are more productive, but in exerting pressures for long hours, managers may well be killing off their golden geese. There are in fact many compelling reasons for a firm, corporation, or other workplace to offer alternative work-time options.

It is not true that long hours ensure productivity. Lawyers, like medical interns and residents, are susceptible to burnout and decreased productivity resulting from overwork. Those who experience a growing sense of "time famine" are expressing their dissatisfaction in a variety of ways from lateral transfers to emotional breakdowns. What most would really like to say, however, is:


By accommodating this request, management can avoid attrition of the work force and the emotional damage and burnout experienced by lawyers who are not allowed to practice at a personally reasonable pace. A straightforward accommodation of the need for reduced hours can be the least destructive alternative for both the employer and the lawyer.

Lawyers practicing on reduced-hours schedules provide tangible benefits to the employer. For example, in settings where the work load rises and falls, as is the case with many small offices, the part-time lawyer provides desirable flexibility. Many reduced hours lawyers can be paid on an hourly basis with prorated benefits. One caveat: the office should be careful to pay the lawyer for total hours, not billables only, to avoid the incentive to load the part-time lawyer with non-billable work, which would create resentment and injure the work relationship.

Many lawyers seeking reduced hours are leaving large law firms after three to seven years because the large firms are requiring higher billable hours and have remained more traditional, experimenting less with work-time options than smaller firms. In the recent past larger firms have been willing to let lawyers go rather than accommodate their requests for reduced hours. This attitude on the part of large firm management has caused an exodus of lawyers who are not willing to sacrifice their involvement with other compelling interests outside the practice of law to attain partnership.

This trend has proved detrimental to the large firms because many lawyers seeking alternative work-time options are capable, experienced, and highly qualified. Consequently, more large firm managers recently have been considering the clear economic benefits of retaining highly trained lawyers with good client relationships. Many are experimenting with part time work arrangements to retain lawyers, but often these arrangements are not optimal if the workplace is a pressure cooker, and high billable hours are considered the measure of excellence.

Large firms are being used as training grounds for some of the best and brightest lawyers. The smaller firms, corporations, and government organizations can reap the benefits of this talent pool. Lawyers leaving high-pressure workplaces for reduced hours are the equivalent of lateral hires, but may cost only as much as new graduates. These are valuable lawyers. They provide fully trained assistance. These lawyers have a proven work track record. They have developed specialties and skills that can be transferred to new work environments.

In the present environment, lawyers do not have an easy time locating reduced hours positions. Employers generally do not think in terms of hiring a part-time lawyer. When they need extra help, they consider a full-time new recruit or lateral.

Lawyers who want to work flexibly, job share, or reduce their hours often have to convince employers that the concept is economically and logistically feasible. They often have to overcome deeply felt antipathy or outright animosity toward the concept of part time work. This is a daunting task, particularly since some natural resistance to change is bound to arise. The status quo is comfortable. Therefore, employers that truly support alternative work-time options have a clear recruiting advantage among new hires and laterals and a "goodwill" advantage among retained staff.

Whether new recruits actually use the lifestyle benefit of alternative work-time options is irrelevant. They know the benefit is there. It's a cushion or parachute for lawyers who might need or want to cut down on their hours at some time during their careers. When management is supportive of alternative work-time options, word gets around among lawyers and law students that the firm, corporation, or government agency is a good place to work. Employers that want to have the competitive edge in recruiting are already offering "work pace" benefits in the form of reduced hours options.

The same logic applies to recruiting laterals with valued specialties. The employer that seeks quality of mind will offer attractive work-time options as an incentive to encourage lateral transfers. In addition, an employer that genuinely supports reduced hours and other alternatives engenders goodwill and loyalty among the lawyers using the benefit. Goodwill and loyalty to an employer are rare commodities today among lawyers, especially those in large firms and other large work settings.

Intangibles can be valuable commodities. The good reputation of a workplace translates into a recruiting advantage. The goodwill of lawyers who are able to work reduced hours contributes to the internal well being of the workplace.

CONFRONTING AN ISSUE THAT IS HERE TO STAY

Large firms and other employers of lawyers should accommodate requests for alternative work-time options for one more reason: the requests for alternative options will continue to grow due to the large numbers of women of childbearing age entering the field of law. The number of women practicing law has quadrupled since the 1960s. Women comprise close to half of law school graduates. Fifty percent of the incoming law school classes are now composed of women. Close to 90 percent of these women are of childbearing age. Not all women with children want reduced hours, and lawyer/mothers are not the only lawyers seeking alternative work-time options. However, lawyer/mothers have been spearheading the issue of alternative work-time options in the workplace. By requesting and writing policies and designing ad hoc arrangements, they have been blazing a trail of these options for both men and women, with or without children, for the past decade.

By now most large firms across the country have been faced with at least one request for reduced hours. The requests generally have been made for child rearing purposes. As ad hoc arrangements sprout up, they become precedents for other lawyers. Policies are being developed at many of the large firms in response to requests from management or from groups of associates seeking clarity on the issue. Some of these policies support part-time work; others grudgingly accept it; still others are punitive in their approach to the issue. For example, one Los Angeles law firm permitted reduced hours but charged the part-time lawyers for lost overhead hours. Another Chicago firm placed limits on the duration of the part-time option, which has created a great deal of animosity and lateral movement out of the firm among lawyer/mother associates. Attrition of lawyers will occur at a workplace if a policy or an ad hoc precedent is punitive. Furthermore, other lawyers hear about what happened and give the firm a negative image.


Forward-thinking firms adopt clear policies that support indefinite reduced-hours options. These firms know that the issue is here to stay. It is better to create a good, workable model for alternative options in the workplace than fight against the tide and lose many excellent lawyers, clients, and goodwill in the process. In the long run many intransigent firms that were opposed to part-time work find themselves permitting the option to retain lawyers and attract the best and brightest legal talent.

"I enjoyed working with Lynn because she was very accessable and was available to talk..." Read more

"I enjoyed the responsiveness. I was licensed in a different state and BCG helped me get a..." Read more