In every law firm there is a period during the year when the tension rises in anticipation of the announcement of new admissions to the equity. The period in many firms is characterized by high levels of secrecy, hurried meetings behind closed doors and a sense of political gamesmanship. 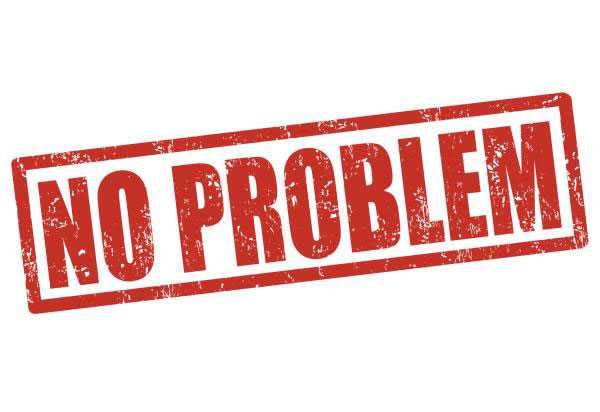 Little indication is given to candidates during this period of their own chances of promotion. Candidates who believe themselves to be under consideration to be made partners become anxious. But for others the period is important, too.

After the pronouncements there is usually a group of contented though perhaps nervous new partners, a group of discontents—including older associates and assistants who have previously been passed over for partnership and now see younger colleagues passing them by—and a group left trying to analyze what the new admissions mean. “What are the implications for me?” they wonder. “How do the new admissions, perhaps coupled with simultaneous retirals, impact on power in the firm?” “Is there any shift in the focus of the firm's strategy?” and so on.

To an extent the process is unavoidable. There will inevitably be those delighted and those disappointed, and almost all will have views on the wisdom of the choices made and opinions about their implications.

But it is worth considering whether this is the most appropriate way to promote staff members and whether age-old practices and procedures aren't in need of review. There is increasing evidence that better ways exist of making up partners, minimizing the disappointment of those that are unsuccessful and preventing the rumour-mill from going into overdrive. Nor is the issue simply a matter of nursing wounded pride or management the pour better. Employment partners at some firms say even they would not like to defend their own firm's practices in a tribunal.

It is also worth calculating the experience that a firm loses every time a 35-year-old lawyer passed over for equity resigns, and the investment required to hire and train lawyers fresh from college to replace such experience. People are a firm's most vital assets. Attention to managing their expectations and maintaining their commitment and motivation, irrespective of whether they will or will not become equity partners, is crucial.

Yet firms of all sizes continue to select partners on the basis of secret and often subjective criteria. Doing so makes little sense for the firms themselves. Candidates are often made up without significant analysis of their future performance capabilities and potential contribution to the firm's strategic development. Instead decisions are based on general observations, a review of recent billings and a subjective judgement of cultural fit. Rarely is there any attempt to test whether the candidate will be able to perform at the level required of a partner.

Ironically, in many firms this all occurs shortly after a group of under-performing equity partners have been persuaded or forced to leave, often at great financial and emotional cost.

All sorts of factors contribute to the inadequacy of the process. A desire for new and enthusiastic partners is one. Often, insufficient time is given to the making up partners or perhaps little evidence concerning candidates' historic performance is available, and what evidence exists is not properly considered. Perhaps most significantly, the assessment of candidates' performance is made on a historical basis whereas firms should judge candidates on future performance and contribution capabilities and whether these will meet performance expectations for partners.

In smaller firms decisions about making up new partners tend to be made informally. The partners responsible for selection know the candidates under consideration and decision making is based on loyalty, value to the partnership, the consequence of the person going to a different firm if passed over, and so on.

Almost inevitably a small group of partners supports each candidate and others, as often as not, are ambivalent or opposed to the candidacy. A level of horse-trading frequently ensues, often involving quite unrelated matters. Interestingly, despite the lack of objectivity, the process is believed to work well in many firms, with the partners' familiarity with candidates compensating for the informality of the process.

As firms get larger, individual departments begin to drive the selection process. The size of many firms means partners in one department do not know candidates from another group. Departments tend to put forward their candidates and as long as there is no black-balling and the anticipated profitability is adequate, the candidates tend to be approved. But this process, too, can become politicized, with departments trading to ensure their candidates are admitted to equity.

Astute candidates observe the annual ritual, learn how the procedure works and manipulate their own position in order to maximize their chances of success. But disappointments are common because the system is seen by others as unfair.

Often there are no clear criteria for admission to equity or the criteria that do exist are open to wide interpretation (the more cynical argue this is deliberate). Typical criteria include: high levels of technical proficiency, excellent client management capabilities, a billing record of achieving certain levels of volume and margin, and the respect of other partners, lawyers, support staff and clients.

Such criteria tend to be unrelated to the strategic needs of the business and from the candidates' perspective are too vague to help identify where their performance falls short of expectations.

The first step to improve the process for partnership admission is to introduce greater clarity concerning these criteria. Performance expectations should be directly linked to the firm's strategy and should reflect the role and contribution partners will need to fulfil for the firm to achieve its strategic objectives.

Such expectations will change over time to reflect increasing competition. This is not, nor should it be thought of, as moving the goal posts. To remain competitive means performing at higher and higher levels over time. Candidates who fail to understand this may not be suitable for partnership.

Team talking
Giving candidates regular feedback on their progress is also important. This is not common in many firms. Candidates frequently complain that those conducting reviews are poorly prepared and poorly trained. There is also a sense that career development and progression is not taken seriously. In the worst cases those being reviewed feel the partners providing feedback are uncomfortable doing so.

Yet constructive feedback is an effective and vital aspect of the development and motivation of people. A small minority of lawyers do react negatively to criticism and, in extreme cases, refuse to accept what they are told. Irrespective of how a person is performing, such a reaction betrays a lack of self-perception that is itself concerning.

Providing regular feedback limits the disappointment of those expecting a partnership offer only to discover they have been rejected. Such a sense of rejection can cause candidates to resign or become de-motivated neither of which, in most cases, will have been the desired response.

Some managers believe you should keep staff hungry for promotion by keeping them guessing about their prospects. In practice, study after study indicates nothing could be further from the truth. Keeping people in the dark has exactly the reverse effect.

Feedback is also an issue that comes up regularly in surveys of assistants' attitudes towards their firms. Lack of feedback is often cited as a major source of dissatisfaction.

Some employers will also feel a moral obligation to provide feedback to those aspiring to partnership so they can make informed decisions sooner rather than later about their careers.

Yet, even the most transparent selection process will leave some candidates disappointed. But the problem will not go away. A firm that wishes to maintain a leverage of, say, four fee earners for every equity partner needs far more associates than partners. Some will be young lawyers entering law at the start of their careers. But it is equally important to maintain a core of experienced, more mature, fee earners who despite not becoming partners are highly motivated, productive and loyal.

In most firms admission to equity is perceived as the ultimate indication of success. It would be churlish to try and overthrow such deep-seated attitudes. But a growing group of firms are addressing this challenge energetically, aware that there is tremendous potential in those lawyers who will not make equity.

This involves encouraging a shift in attitude towards partnership throughout the firm and recognizing success in other ways than equity admission. To do so, firms must create a real career path for those not making equity and encourage others in the firm to respect those who do not become partners. Some unsuccessful candidates for partnership will inevitably be disappointed not to be offered equity, and this will take time to get over. Others will recognize they do not wish to achieve partnership, or cannot perform sustainably at the level required to do so. These individuals must feel missing out does not represent, nor is perceived to represent, any sort of failure.

Achieving a shift in attitude requires genuine commitment from firms and is a long-term challenge. However, those that have embarked on this route are reaping real benefits with equity admission regarded as appropriate for some but not for all and most certainly not the difference between success and failure.

Why & How Law Firms Need to Plan Strategically to Stay Compe .... 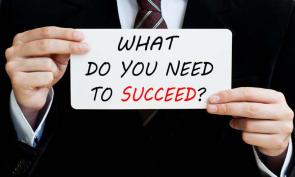 Two-Tier or Not Two-Tier? The Equity Partnership Dichotomy 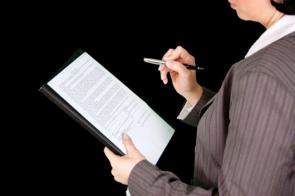