What do you think about this article? Rate it using the stars above and let us know what you think in the comments below.
74 views

This is undoubtedly an unpopular question for a legal recruiter to ask, but why are you an attorney? 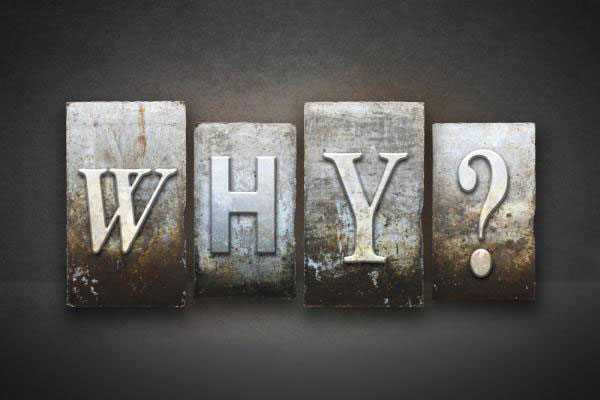 Let me tell you a story. Given the feedback I've received over the years, I don't think it is unique. I graduated with a liberal arts degree. I loved school and I loved learning. I graduated without a clear idea of what I was going to do with my life. So, after flailing about for several years in jobs befitting a liberal arts major without a graduate degree, I decided to make the jump. I entered law school.

I should clarify. Attending law school was not a long-held dream finally realized. Becoming a law student was, for me, a big ''screw you.'' Between undergrad and law school, I worked as a legal assistant for four years. For whomever out there is unfamiliar with the cultural hegemony of a law firm, there are the lawyers and then there is everybody else. Squarely within the latter category, I spent my time shuffling paper, filing documents, and, most annoyingly, kowtowing to people who, I was pretty sure, were not as smart as me. It grated. I think, after a while, it forced me to prove that I could do what they did.
So I did it. I graduated from law school and worked at large firms in large cities. I was good at what I did. People liked working with me. I liked that they liked working with me. I liked telling people I was an attorney. I enjoyed conveying the idea that I had made it. The paycheck was also nothing to sneer at.

Internally, it was a different story. My public and private selves were sharply divided. My billable hours were up but my sleep was down. The day after I finished taking the Texas Bar, I entered into a three-hour per night sleeping pattern that continued for approximately two years. I began every day exhausted and ended each day infinitely more so. In a perverse way, I reflect back on those years with awe. I was a zombie, but no one was the wiser, and I continued to produce at a high level.

The question I now ask is, at what cost? Who did I impress, and did it somehow bridge the chasm between my public and private self? Honestly, I am still picking at the bones of that five-year period of practicing law to determine the take-away message. Was it worth it? Is eventually learning from your mistakes and finding yourself on a better course some sort of balm for five years of chaos?

The question is unfair because I don't have the answer. But, as I learned as a liberal arts student, they key is not finding the answers but asking the right questions. The question for me was simply ''why am I an attorney?'' I do not know what the answer is for you any more than I knew what the answer was for me. But there is one thing I do know. You need to ask yourself the same question if you find that you are miserable at your job.

Why are you an attorney? You are not billing in quarter-hour increments here, so you don't have to find the answer by the end of the day. You don't even have to find the answer by the end of the month. However, you do need to ask the question. Assess why you are at your firm and how you got there. Was it a conscious choice, a ''screw you,'' or a fall back position? Let this be the first day of a period of reckoning. It sounds trite, but time spent mucking though the ''butt-ends of…[your] days and ways'' is time better spent than devoting yourself to a lifetime of unhappiness. If you are truly unhappy as an attorney, then ''may this be for you the whirligig of time that brings in his revenges.'' You'll survive this period if you begin to unknot the past.

"She was very communicative and bottom line got the job so whatever she did, it worked! You had resources that I..." Read moreThomas Eastmond
USC Gould School of Law, Class Of 2000
Placed at Enterprise Counsel Group, A Law Corporation