Wachtell, Sullivan Advise on Block of Mergers by FCC | BCGSearch.com

Wachtell, Sullivan Advise on Block of Mergers by FCC

Wachtell, Sullivan Advice On Block Of Mergers By FCC

Antitrust litigators from Am Law 200 firms are being kept busy by the Federal Communications Commission and the European Commission in order to seek regulatory approval for a pair of billion-dollar mergers. $39 billion merger between AT&T and T-Mobile USA announced earlier this year, has been blocked by Julius Genachowski, the current chair of the Federal Communications Commission for being an anti-competitive blow to consumers and a job-killing threat to telecommunications workers. Sullivan & Cromwell is advising AT&T on the matter while, T-Mobile is being represented by Wachtell, Lipton, Rosen & Katz 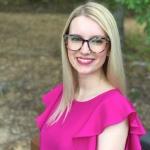