What do you think about this article? Rate it using the stars above and let us know what you think in the comments below.
727 views

Summary: Here are 10 tips and talking points for attorneys being interviewed by the media. It should help you with a range of communication challenges.

A rising star in the litigation practice of a large law firm was heading out of his office when he answered his phone and found a reporter on the other end asking for a reaction to a high-profile case. "No problem," he told himself. "I know this issue cold." 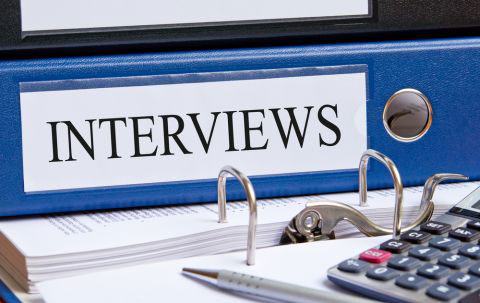 But when he saw his quotes in print, he realized his brush with fame had singed his reputation. Why? His comments had repercussions - for himself, his firm, and his clients. He had broken the cardinal rule of successful communication: Be prepared.

Even if you don't often meet the media, you are constantly called on to communicate, whether it's pitching to a client, reporting to a corporate counsel or company executive, or updating a senior partner. Although you may be smart and savvy, here's a news flash: TV has set the new standard for presentations, and here is where the "trickle-down theory" comes into play. If you can communicate like a pro for the media, those verbal and nonverbal skills will help you in any other communication venue.


This means that whether you are speaking to an audience of one or 1,000, they expect you to rock their world. Your listeners have grown accustomed to news on demand, Hollywood's special effects, and a fast pace.

Even the courtroom landscape has changed. Judges, often backlogged and overwhelmed, want lawyers to cut through the issues like a hot knife through butter. So even though you've analyzed the case, interviewed a dozen witnesses, and slaved night and day writing a brief explaining every detail, the bottom line is: You'd better know the bottom line.

It is said that in business, if you can't define what you do and why you're the best at it in a dozen words or less, you lack the competitive edge. Especially in the current economic climate, effective communication can make the business difference. Sometimes even the simplest question can be the most vexing.

Marcy learned this the hard way. In a quintessential client pitch, she described the firm, its partners, and capabilities, but flailed when asked, "What makes you different from other firms?" The potential client took his business elsewhere.

But that's not the end of the story. After some communication coaching, which included message development, honing her three key points, and getting plenty of practice, Marcy now looks forward to the "beauty contest." Like a racehorse, she can't wait to describe to people at professional meetings and even social events what she does and why she and her firm are the best.

That's why many law firms, whether trying to raise their profile or just stay competitive, are providing their leaders and key attorneys with media and presentation training. Since communication is the most important skill in business, they view it as a solid investment in strengthening their firm's reputation and, ultimately, the bottom line.

POINTERS FOR ATTORNEYS IN MEDIA INTERVIEWS

Here's an emergency assistance kit, suitable either for meeting the media or pitching a potential client. Clearly, this is not everything you need to know, but it should provide a jump-start for meeting the range of communication challenges: Most of us feel that to be taken seriously, we have to be serious. Not so. If you are too strident, you can actually frighten your audience - or worse, turn them off. Since humor establishes a connection with the listener, when it comes to your message, make it fresh, make it fast, and, where possible, make it fun.

See the following article for more information:
Although you may be passionate about your topic, if your voice is monotone, your message will be lost. If you don't seem to care, why should anyone else? Emphasize key words and phrases that you know will make a positive impact. Don't be afraid to be enthusiastic. Be powerful, pithy, and passionate. And don't forget that your voice can actually project confidence. Oh, and drop the ahs, ums, and ers: They're merely audible place-savers that are not only distracting, but erode your credibility.

See the following article for more information:
It's a fact that people remember what they see three times longer than what they hear. Beyond PowerPoint slides, try using other visuals to underscore your point. For example, a stack of documents can illustrate onerous regulations; a newspaper headline can be used to bolster an argument or a key point. If a prop just isn't appropriate, try to incorporate visual imagery by using an apt metaphor or analogy. Unless you are alert to the verbal and nonverbal minefields of the media, you could find yourself mortally wounded. Conflict is the mother's milk of journalism. Nothing gets attention, ratings, and circulation like controversy. So when a reporter is probing, or a partner is interrogating, a Q&A can be daunting. What's your course of action? Anticipate the arguments, try to keep the atmosphere light, and remember to breathe and stay the course. Don't. There's a slight chance it will work and overwhelming odds that it won't. Play the odds. If you're not prepared for a media spot, a presentation, or an audience Q&A, winging it is tantamount to pulling the pin from a grenade. Just like prepping for court, you must anticipate questions, formulate your answers, and practice, practice, practice.

See the following article for more information:
With the right press situation, you can "just say yes" to an interview, but be smart about it. It may be possible to do the interview in 10 minutes, after checking with the firm's management to clear any client conflicts or getting input from your marketing or public relations team. At the very least, take a moment to collect your thoughts before you speak. The secret to being a bore is to tell everything. Whether giving a presentation or responding to an interview, if you overload your message with elaborate chains of reasoning and obscure facts, it tunes people out. How to combat that gravitational pull to pontificate? Package your points in a way that is easy to listen to and digest. Distilling your message into three key points, for example, makes it simpler for your audience to grasp and for you to remember. Don't publish your notes on PowerPoint slides. They should be used as a reference point, not as reference material. Less really is more. Remember that when you're talking to people who don't have a law degree, it's essential that you speak in plain language. Be clear, concise, and conversational. This is depressing, but you have only about 10 seconds to grab your audience. In today's sound-bite society, before you close the deal, you have to open with impact. Once you capture your listeners' attention, their hearts and minds will follow. Think of your message as a road. You want to stay in the fast lane even if a questioner waves you toward an exit ramp. After touching on the query, pull the steering wheel back to your lane, push the pedal to the metal, and declare, "The real issue is ... ," or, "Putting that into perspective, ... ," and continue down your road, not theirs.

These tips are only the shorthand version of a smart communications strategy. As any pro can tell you, you need a good coach, a game plan, and lots of practice. Remember, you don't get a second chance to make a first impression. Make the most of your moment in the spotlight.

"I really appreciate that BCG kept me up to date on the openings and found those for me and..." Read more

"I was really impressed by the initial screening and all of the effort that BCG puts into..." Read more

"[My favorite things about working with BCG were] the regular weekly updates and..." Read more