Mark F. Nowak, Partner at Thorp, Reed & Armstrong, Enjoys the Autonomy of Being a Lawyer | BCGSearch.com

Mark F. Nowak, Partner at Thorp, Reed & Armstrong, Enjoys the Autonomy of Being a Lawyer

What do you think about this article? Rate it using the stars above and let us know what you think in the comments below.
54 views

Civil trial lawyer Mark Nowak has had an interest in politics and government since he was very young, and he said that interest ultimately led him to consider a legal career. 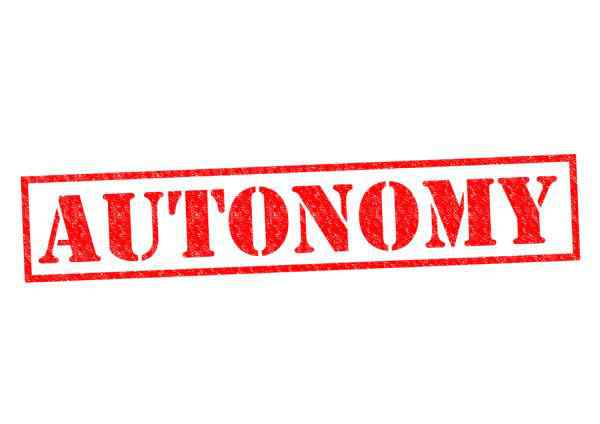 "It was probably around elementary school," he said. "And it related to some of the things that were occurring—presidential politics—and on the news, I saw people like Bobby Kennedy and others who were lawyers who were also politicians. So my interest primarily was in politics and government, and I always saw law as a flexible degree and one that could be used in lots of different ways, including politics."

Nowak added that his grandfather, who was a local councilman, also contributed to his growing interest in politics and law.


"My grandfather had been involved in politics," he said. "And he was a fellow I spent a good deal of time with and talked to him about politics and government. So he was a bit of a role model, although he wasn't a lawyer."
Those talks paid off. Nowak is now a partner at prominent law firm Thorp, Reed & Armstrong's Pittsburgh office. He handles civil cases, with a concentration on construction litigation. Nowak principally represents owners, contractors, architects, engineers, public agencies, and insurers in public, private, commercial, industrial, and institutional construction projects ranging in value from $200,000 to $320 million. He's also co-chair of the firm's construction and land use practice group, is a member of the Academy of Trial Lawyers, and has prosecuted cases in state and federal courts, as well as before government agencies.

Nowak represented Allegheny Airport Authority when it sought to demolish the old Pittsburgh International Airport. A historic preservationist opposed the demolition and tried to have it stopped. The matter went before Justice David Souter of the United States Supreme Court in May of 1999.

"We had a motion that was decided by Justice Souter to essentially impose a bond requirement for an injunction to stop the demolition," Nowak said. "They couldn't post the bond, so the demolition continued, and we were able to build. We were able to demolish the old airport, and now there are a number of offices there; so that land has been reused and developed into productive use."

Nowak added that the new airport is not far from its old location.

Nowak was also involved in the petition three years ago that made the City of Pittsburgh a distressed city under Act 47.

"Essentially, a control board was put in place to assist the city in becoming economically viable," Nowak said. "And I represented the Pennsylvania Department of Community and Economic Development. I mean, the city understood that that's what had to happen. There were a number of other citizens and other groups who didn't feel that that was an appropriate remedy to assist the city, but we were successful."

Nowak also successfully represented a large Korean contractor in an action to recover amounts on a letter of credit for a $320-million project in Israel.

Nowak also handles mediations and arbitrations for construction-related cases. He has served as mediator and arbitrator on major public construction projects in the Pittsburgh area. Furthermore, Nowak is on the American Arbitration Association (AAA) Construction Master Arbitrator Roster, which consists of the 100 most qualified and experienced arbitrators with construction industry experience. He serves on the AAA Mediation Panel, as well.

Nowak has also done a great deal of political work over the years as a volunteer. He said the volunteer work usually involved providing counsel on Election Day to various campaigns in Western Pennsylvania. In addition, he's involved in a number of nonprofit groups and charitable organizations and is dedicated to giving back to the community.

Nowak studied government as an undergrad at Franklin and Marshall College in Lancaster, PA, and graduated in 1979. He then entered Emory University School of Law in Atlanta, GA, and earned his law degree in 1982.

In 1986, he joined Thorp Reed as an associate, and he became a partner in 1991. He said one of the reasons that he joined the firm was that it enabled him to continue his involvement in community work as well as politics.

"In fact, it was encouraged," Nowak said. "So I came over to Thorp Reed, and at the time, my wife and I were having our first child, and it seemed like a good time to change, and I came over and have been here ever since—20 years."

He discussed what he enjoys most about his job:

"I think I enjoy the practice of law," he said. "I really do enjoy construction cases; I enjoy being able to be a mediator and resolve cases, and I also enjoy the autonomy of being a lawyer and having some ability to make decisions about what I do and how I do it."

Nowak said one of the most difficult challenges of his job is business development.

"That's one of the aspects that you always have to continue to do if you want to be a successful lawyer," he said.

Nowak said that one of his biggest influences has been former Thorp Reed partner John Bingler, who retired in 1998.

"John was a very dynamic guy who had all kinds of involvements," Nowak said. "He was a Navy Seal, a U.S. Attorney, a public safety director, President of the Allegheny County Bar Association, and has been nominated for the federal bench. He was a man recognized by other lawyers as a lawyer's lawyer. So he set a high standard and was a very good example on how to conduct yourself and the kind of goals you should strive for."

Nowak said others who have influenced him include Thorp Reed senior partner Dan Carney and Judge James McLean, whom he worked under when he was Assistant County Solicitor.

Nowak discussed what he believes are some of the most important issues facing the legal community today:

"I think one of the issues is maintaining civility and professionalism in the practice," he said. "I think supporting the judiciary when they come under what I consider often to be unfair attacks. I think promoting pro bono legal work, particularly for legal services organizations, is also important."

He had the following advice for young lawyers:

"I would say to pursue outside the work environment involvements that develop you as a person. Oftentimes, it brings joy or fun into your life, but it may also have a work-related benefit. It may assist in elevating your own personal profile but also the profile of your firm."

Nowak was born in Homestead, PA, and grew up in neighboring West Mifflin. His wife, Tina, is an anesthesiologist, and they have three sons: Ben (20), John (18), and Patrick (14). Nowak enjoys the outdoors; he's done some kayaking and is on the board of directors of Venture Outdoors.

Nowak discussed some of the professional goals he'd like to accomplish in the next few years:

"Well, at some point before I retire, I would like to go back into public service—work for the government again, federal government probably at some point, maybe in Washington, DC," he said.

"My favorite thing about BCG Attorney Search was the attention to detail. They had very..." Read more