Proskauer Rose opens an office in Boston with three IP attorneys
Three intellectual property partners from Boston's Testa, Hurwitz & Thibeault have left their firm to open Proskauer Rose's newest office. Steven Bauer and Joseph Capraro, Jr., will be joining Proskauer as the Boston office's first partners. Daniel Bernstein, a partner at Testa, Hurwitz, will work as a senior counsel with his new firm. With its seventh office and these three new intellectual property hires, Proskauer is seeking to take advantage of the high density of tech companies in the Boston area and along the Route 128 corridor, as well as the increasing importance of intellectual property law to American businesses. Proskauer Rose has over 600 attorneys in six domestic offices, as well as in an office in Paris. Firm Press Release, 2/11/04

loses another practice head in New York
In what has become somewhat of a regular occurrence over the past few months, an important partner from Clifford Chance's U.S. operations defected to another firm last week. Robert Finley, the former co-leader of Clifford Chance's banking and financial restructuring practice in the United States, quit the firm to move to the New York office of King & Spalding, where he will be a member of the financial transactions practice. King & Spalding now employs more than 160 attorneys in its New York office, which was established in 1992 and continues to grow. Firm Press Release, 2/13/04

Orrick strengthens Italian practice with merger
Less than a year after opening an office in Milan, Orrick, Herrington & Sutcliffe has beefed up its presence in Italy through a merger with Studio Legale e Tributario (SLET) that will bring the firm a new office in Rome. The 16-lawyer office (all from SLET) will focus on administrative law and banking and finance law and, according to the managing partner of the Milan office, provide another valuable presence in the country for Italian clients. The additions increase Orrick's European practice to over 100 attorneys in four offices, none of which existed until 1998. Firm Press Release, 2/9/04

South Carolina firm expands into Washington DC
Nelson Mullins Riley & Scarborough announced the opening of a Washington, D.C. office last week, its ninth in the Southeast. The office will be headed by U.S. Representative Butler Derrick and former senior executive at the Department of Education Leo Coco, and is expected to have at least twelve attorneys by the end of the year. Nelson Mullins has experienced a rather large growth spurt over the last 20 years, leading the firm to make the decision to move into the Washington, DC market to better serve its clients with a strong government advocacy practice. Nelson Mullins currently has 330 attorneys. Firm Press Release, 2/10/04

Arnold & Porter doubles the size of Brussels office
Five antitrust/competition attorneys joined Arnold & Porter's Brussels satellite last week, more than doubling the size of the office. All of the newest additions to the office will be associates who will serve to spell the caseload that the four partners who opened the office have been experiencing. Arnold & Porter opened its Brussels office last summer, and has experienced enough growth to call for the firm to shift some of its human resources to Brussels and hire still others. Firm Press Release, 2/13/04

San Francisco firm merges with East Bay boutique
Townsend and Townsend and Crew LLP, based in San Francisco, has added 12 attorneys to its roster via a merger with Emeryville-based Legal Strategies Group. Townsend currently has 150 attorneys specializing in intellectual property and litigation work, making the Legal Strategies Group's practice areas - mainly dispute resolution and IP litigation - a nice fit. Six shareholders and six associates will come over in the move, joining Townsend and Townsend's San Francisco office. The merger will be official at the beginning of next month. Firm Press Release, 2/11/04 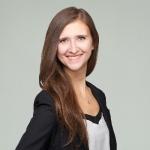