What do you think about this article? Rate it using the stars above and let us know what you think in the comments below.
453 views

Having spent the past week vetting resumes from partner candidates who are exploring the market, something from my college days keeps coming to mind. It's a play called 'dentity Crisis' by Christopher Durang. One of the core moments within such play is a dialogue between the character Jane and her psychiatrist, Summers: 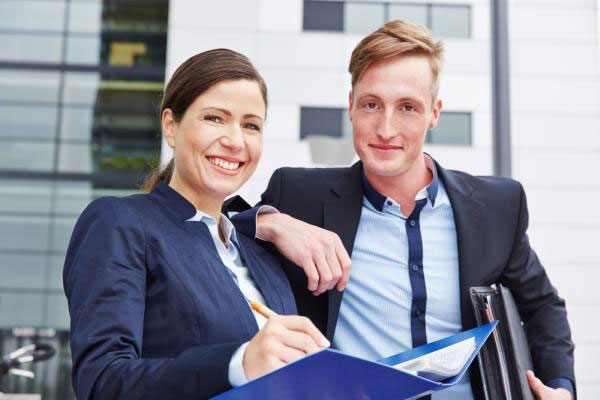 SUMMERS. You're talking quite rationally now. And your self-doubts are a sign of health. The truly crazy person never thinks he's crazy. Now explain to me what led up to your attempted suicide.

JANE. Well, a few days ago I woke up and I heard this voice saying, "It wasn't enough."
SUMMERS. Did you recognize the voice?

JANE. Not at first. But then it started to come back to me. When I was eight years old, someone brought me to a theatre with lots of other children. We had come to see a production of Peter Pan. And I remember something seemed wrong with the whole production, odd things kept happening. Like when the children would fly, the ropes would keep breaking and the actors would come thumping to the ground and they'd have to be carried off by the stagehands. There seemed to be an unlimited supply of understudies to take the children's places, and then they'd fall to the ground. . . .

SUMMERS. What happened to the children?

JANE. Several understudies came and took their places in the audience. And from scene to scene Wendy seemed to get fatter and fatter until finally by the second act she was immobile and had to be moved with a cart.

SUMMERS. Where does the voice fit in?

JANE. The voice belonged to the actress playing Peter Pan. You remember how in the second act Tinkerbell drinks some poison that Peter's about to drink, in order to save him? And then Peter turns to the audience and he says that Tinkerbell's going to die because not enough people believe in fairies, but that if everybody in the audience claps real hard to show that they do believe in fairies, then maybe Tinkerbell won't die. And so then all the children started to clap. We clapped very hard and very long. My palms hurt and even started to bleed I clapped so hard. Then suddenly the actress playing Peter Pan turned to the audience and she said, "That wasn't enough. You didn't clap hard enough. Tinkerbell's dead." . . . I don't think any of us were ever the same after that experience.

SUMMERS. How do you think this affected you?

JANE. Well it certainly turned me against theatre; but more damagingly, I think it's warped my sense of life. You know — nothing seems worth trying if Tinkerbell's just going to die.[1]

In the simplest of terms, Durang's language is a spoof on the therapy environment. In the more complex of terms, it's an accurate representation of what is going on in the market right now relative to people's perceptions of reality — and of themselves within that reality. Whether currently employed but watchful or recently laid off and, thus, searching for a new job, many partner candidates are experiencing an identity crisis of sorts which, if left unchecked, has the potential to detrimentally impact their job search and/or future opportunities. Essentially, to many senior partner candidates, the legal market at the current time largely represents Jane's experience at the theatre, namely, chaos, voices saying ''it wasn't enough,'' understudies filling spaces, Tinkerbell dying, and a hugely warped sense that life, as we knew it, is changing. This may sound a bit dramatic to some but, to others, it is right on point.

It is very difficult in the face of all this turbulence to make sense of things and find order as we know it. More so, it's often very difficult for candidates (partner candidates in particular) to see that the legal landscape may be changing into something wildly different than what they are comfortable with — or familiar with — and that they are going to have to change along with it. At the heart of this realization is becoming ACUTELY aware of one's own identity and value in the changing marketplace and, also, how to make the most of such value. This is the intangible part.

Here comes the tangible part: A subset of this realization involves how a partner portrays himself or herself via their resume and business plan. In the past, many partners with books in excess of $1 million have been able to get away with not drafting a resume and/or not drafting a business plan relative to their job search. Instead, they have often relied solely on their website bio or their own representations of who they are and what they bring to the table. In fact, prior to 2008 it was not uncommon for a partner candidate to say to his or her recruiter: ''I don't need a resume at all, you can rely on my website bio''; or ''I don't need a business plan, people know me''; or ''I can give you a resume but it's not up to date, and I'm missing a few employers, but it's largely fine.'' In 2004, 2005, 2006, and 2007, that may have been okay to start conversations going. In 2008, it's a recipe for disaster.

Due to the influx of partner candidates exploring the market, and because the economy demands a cautious approach to new hires, firms are being choosier than ever about new partners that they bring on board.[2] Obviously, practices vary for vetting prospective employees, but law firms are rising to the front of the pack in terms of tightening their vetting protocol. This is not too surprising. As the economy rights itself, we expect to see more and more law firms exchanging their traditional ''law firm business model'' for a decidedly more ''corporate business model.'' Part of that picture includes a more corporate-like, hard-core vetting of candidates. This is something that partner candidates should be aware of going forward in their search.

The focus at the current time is on partners with hefty books of business who can help boost stagnating profits.[3] As such, junior partners with ''potential'' may have a harder time selling themselves in this market. Whether a proven senior partner or a junior partner, one way to buffer against getting lost in the shuffle is to have a phenomenal resume and business plan. While it seems simplistic, it's the most important weapon that a partner candidate can have in his/her arsenal right now. With criteria elevated, firms are looking more closely at BOTH of these two items. Thus, partner candidates who take the time to work with their recruiters to formulate top notch, detailed business plans and accurate, full resumes are reaping the rewards.

What exactly does this mean? It means, if you have portables, you will need to be very clear and accurate about (i) your clients; (ii) current workflow; (iii) expected future work flow; (iv) three-year projections; (v) past year receivables; and (iv) billing rates. Law firms are looking for ''proof not promises''[4] of portable business. You will also have to be very clear about your resume. As recently stated in the Wall Street Journal, many experts believe that resume fraud and related misrepresentations increase as a country's economy gets worse.[5] Thus, a resume should be very clear and accurate (no guess work) about (i) past employers; (ii) current employer; (iii) dates of employment; (iv) past responsibilities; (v) degrees obtained; and (vi) titles held. This last item is particularly important and is something that is checked rigorously in the corporate world. A job seeker may say he served as partner at a firm where he worked for four years, but this doesn't necessarily mean that he was partner all four years.[6] He may have been an associate for three and a partner for one year. Be accurate about these things. Again, for some partner candidates, all of this careful drafting is par for the course. For others, who have relied on old resumes in the past or resumes, deal sheets, or business plans which were out-dated but ''generally correct,'' the above is highly relevant.

The vetting process not only relates to the resume, deal sheet, and/or business plan, however. It also relates to questions presented. Be aware of, and go over with your recruiter, some key questions such as: the reasons for leaving a previous post; your accomplishments at your current position;[7] the number of people you manage; and those who will serve as your references.

See 6 Things Attorneys and Law Students Need to Remove from Their Resumes ASAP If They Want to Get Jobs with the Most Prestigious Law Firms for more information.

A Clear Identity = Success in the Vetting Process.

All of the above: resume, business plan, and follow up questions form your ''package,'' and it is your package which renders you marketable or unmarketable in 2008/2009. Stringent vetting is a wonderful thing when you have all of your ''i''s crossed and boxes checked because your materials will rise above the competition. Your identity will be clear: who you are, what you bring to the table, how you differ from your competition. If you refuse to acknowledge the new dynamics at hand, and you are going after a new potential employer in a piecemeal fashion, it is likely that your identity in the marketplace, and therefore your value, will be unclear. Thus, regardless of whether you have $500K or $8.5 million, take note of firms' current careful approach to partner hiring and respond accordingly.

"I liked the frequency and competence of communication. Working with BCG made my job search..." Read more

"I had a wonderful experience overall. I thought that the firm was extremely responsive,..." Read more