What do you think about this article? Rate it using the stars above and let us know what you think in the comments below.
145 views

When Jerome L. Ringler decided as an undergrad at Michigan State University that he wanted a career in the legal field, he had a very clear idea of the type of attorney he wanted to be. 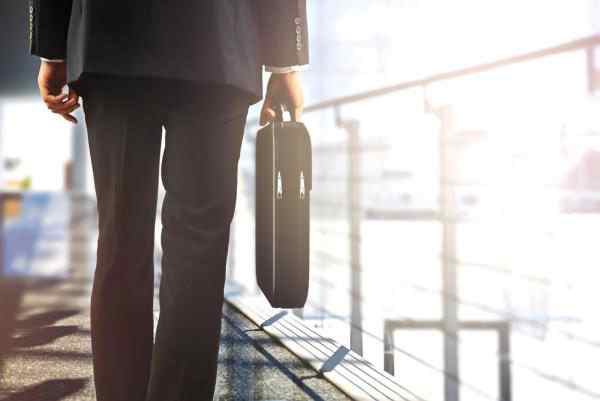 Ringler stuck with his plan; he has been a successful trial attorney for more than 30 years and has tried close to 80 civil cases to verdict. His practice focuses on catastrophic personal torts (including wrongful death torts), business torts, and class actions. He has been involved in a number of headline-making cases over the years.


For instance, Ringler tried the lead case among the 150 cases arising from the Orange County Metrolink disaster. On April 23, 2002, a Burlington Northern Santa Fe freight train collided head-on with a Metrolink commuter train in Placentia, CA. Three people were killed, and more than 160 were injured in the crash. Federal investigators concluded that the accident was caused by an inattentive Burlington Northern crew that missed a warning signal and the lack of an automatic breaking system.

Many victims of the crash sued Burlington Northern & Santa Fe Railway Company. The suits alleged that an improved braking system, long recommended by the Federal Railroad Administration, could have prevented the crash. The suits also alleged that the crew was fatigued and overworked and that the conductor had a history of losing track of signals. Ringler represented Pamela Macek, who was injured in the collision. In addition to her physical injuries, she suffered from post-traumatic stress disorder due to the accident. Ringler won a $9-million verdict for Macek in December 2004. He said it was the largest post-traumatic stress disorder verdict ever won in the United States.

In June of this year, Ringler won a $12-million-dollar verdict for a woman who was seriously injured in a 2003 Metrolink crash in Burbank, which occurred when a commuter train derailed after slamming into a pickup truck at a railroad crossing.

Ringler said that what he enjoys most about his job is "the rush of the courtroom."

"The actual trial of lawsuits is what's exciting," he said. "Obviously, you can't win them if they're not properly prepared, but the prep is more the obligation of a good lawyer, and the trial is more of the fun, at least for me."

He said one of the most difficult challenges of his work is being diligent about preparing his cases properly.

"They're very complicated," he explained. "They have multiple levels of complexity. It is very challenging because you've got complex and sophisticated matter that needs to be presented clearly and simply to a jury. And you've usually got highly complicated issues that need to be briefed and argued to the court, so the combination is indeed a challenge."

Ringler graduated from Michigan State University in 1970 with a B.A. in English. After graduation, he took a year off from school to work and then went on to the University of San Francisco School of Law, earning his law degree in 1974. After law school, he joined the Santa Monica-based firm Fogel, Feldman, Reinhardt & Rothschild, where he worked as a trial lawyer. Ringler became an equity named partner with the firm in 1988, and the firm name was changed to Fogel Feldman Ostrov Ringler. He remained at the firm for more than 25 years before joining Robins, Kaplan, Miller & Ciresi, LLP, in its Century City office. At both firms, he tried civil litigation cases.

After working at Robins Kaplan for two years, Ringler decided to form his own firm in Los Angeles, Ringler Kearney Alvarez, which he opened almost a year ago.

He explained why he opened his own firm:

"I wanted to have a practice where basically we handled only seven- and eight-figure cases," he said. "I wanted a very small boutique practice. [The firm has six attorneys]. And I wanted to be in a circumstance where I could handle complex litigation, and I had lawyers around me capable of handling very complicated and sophisticated litigation, both in the personal tort and the business tort world, and that's why I formed this firm. And I wanted to have a small firm that was very focused only on plaintiff's contingency practice."

Over the years, Ringler has lectured extensively throughout the trial bar to groups such as the American Board of Trial Advocates and the Los Angeles Trial Lawyers. In addition, he used to lecture on Saturday mornings in the Los Angeles Superior Court to lawyers who had just been admitted to the bar. Ringler said he and other veteran attorneys would give the new admittees advice and tips.

Ringler had the following advice for young lawyers:

"My only advice would be to try and go with a firm that's going to allow them to practice in the area of law they truly wish to involve themselves in," he said. "I think a lot of young lawyers who begin practice want to be involved in a certain type of practice but, unfortunately, are with firms that do a different type of practice. And as a result, they never really get on track to practice the kind of law they wish because the experience they're getting is all in a different area. And I understand it's hard to know in advance quite often, but if they already know in advance what area of law they want to practice [...] they should try to find firms that actually practice within that area—so they are exposed to the area [...] they're naturally drawn to."

Ringler said the person who has influenced him the most in his professional career is renowned trial lawyer Gerry Spence.

"I've lectured with him, and I've always found him inspirational in terms of what he had been able to accomplish in the courtroom as a trial lawyer," Ringler said. "And I just think he's a great trial lawyer and one of the finer trial lawyers this country's produced."

Ringler said he considers one of the most important issues facing the legal community today to be the right to a jury trial.

"The right to the jury system is being attacked continually by corporate America," he asserted. "And the most significant issue facing all Americans, as far as the legal system is concerned, is the continual assault by large corporate interests to take away Americans' right to a jury trial. And that right needs to be protected at all costs, in my humble estimation."

Ringler said the highlights of his professional career were the two times he was named Trial Lawyer of the Year—once by the Los Angeles Trial Lawyers Association in 1987 and once by Verdictum Juris, a jury-verdict publication, in 1996.

Ringler was born and raised in Michigan and has been married for almost 20 years. He said his interests include skiing and golfing. He's also an avid reader of fiction.

He discussed some of the goals he'd like to accomplish with his practice in the future:

"Well, I'd like to see this firm that I've just started a year ago prosper and hopefully be in a position that when—and that's some time down the road—I retire that it's strong enough to continue to survive and move forward," he said. "So I'd like to have it on firm, sound, and successful footing before I hang up my spurs."

"The communication was reasonably good and timely. I thought the woman I worked with was..." Read more

"I had burned through a bunch of recruiters who, after there was an initial flurry of..." Read more

"I really appreciated the daily follow up and where things stand email every day. I thought..." Read moreKimberly Reed
University of Virginia School of Law, Class Of 1989
Placed at Shulman Rogers Gandal Pordy & Ecker, PA

"My favorite thing about working with BCG was locating positions that I wasn't aware of. The..." Read more

"My legal placement professional was great and really creative in identifying some opportunities that I wouldn't..." Read moreStephen Cazares
UCLA School of Law, Class Of 1998
Placed at Davis Wright Tremaine LLP