Paulette Brown Nominated as President of the American Bar Association

Paulette Brown Nominated as President of the American Bar Association

New Jersey lawyer Paulette Brown, 62, has been nominated as President for the American Bar Association, the 400,000 member group that formulates codes of conduct and ethics for lawyers and also establishes standards for law schools. Brown is a partner at Edwards Wildman Palmer in New York and specializes in labor and employment law and commercial litigation.

Brown's nomination will first go to the ABA's House of Delegates for approval, and then if she is approved, she will serve as president-elect for a year before becoming president of the association in August 2015.

Brown is coming in at a time when the ABA is facing the most severe challenges in its history, though membership keeps growing. The challenges come mostly from the unique market situation following the economic recession and information technology boom.

There are more and more task forces and committees being formed to restructure the profession and its rules and codes of conduct, as well as to find solutions to the maladies plaguing both law schools and law firms. Both law schools and law firms are struggling to retain business and perform consistently, and it is clear that many are failing due to their failure to adapt to new technological and economic realities. And the ABA is searching for ways to help the institutions of law to be more innovative and affordable.

If her nomination is approved then Brown would become the first African-American woman to lead the ABA.

Ms. Brown has practiced law form close to four decades and had been a partner at Edwards Wildman for the last eight years. Before joining her current firm she worked at Duane Morris. She is currently the chief diversity officer at her firm and is focused on increasing diversity in all forms at the association.

In an interview with the New York Times, Ms. Brown said that while membership of the association keeps growing, the association requires "to respect and include lawyers in all practice areas and types, from solo practitioners to members of our largest international law firms, as well as public servants and in-house counsel." 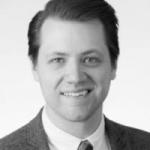 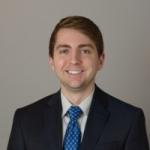