Where to Find Legal Jobs in Any Economy | BCGSearch.com

Where to Find Legal Jobs in Any Economy

1. What do you write in mass targeted mailings?
Many people ask this question. One point you need to remember concerning the targeted mailings is you don't need to write a long cover letter. Most people make this mistake. You may think that it's important to write a long cover letter. But it’s not. One of the most important things, over time, lawyers get good at is prioritizing the needs of the client. So what you should always include in a cover letter are things like wanting to work hard, and highlighting your experience, and so forth. You have different types of people at different levels. If you’re looking for a position when you're a law student, there's not really a lot to talk about. You may just talk about the kind of your experience and interests, but not really a lot.

I like short cover letters. I’ve seen that candidates who like BCG Attorney Search and are looking for jobs will typically write long cover letters. They go into a lot of detail. But a lot of times, if you're an attorney or law student looking for a position, you don't need to really write that long of a letter. You can write a shorter letter and rely on the strength of your resume to get you an interview. I'll cover in a subsequent post cover letters in a lot more detail. The main point is your cover letter doesn't need to include a ton of detail. What I do recommend, though, is you need to highlight whatever experience you have. To be more specific, highlight your experience toward something that the firm does.
For example, if you are a patent attorney and you do a certain type of patent, and the firm does those types of patents, you can highlight that in your cover letter. So, those are the main things that I would do in the mass targeted mailings. Many times, you don't need to do anything that's significant. You can just say, “I'm interested in working for your firm or company and talking to you. I believe that my experience would align well with what you're doing.” Include details that are something along those lines.


2. Is there a method you recommend for law students and recent graduates over other methods?

Yes. The method that I recommend for law students and recent graduates that I believe works the best is targeted mailing. It’s pretty phenomenal. I have seen so much success with that. But first, you need to build a big list of firms. So you need to do a lot of research, and that's another topic that we'll cover in another post. But targeted mailing works exceptionally well. I've seen so many attorneys get positioned with it. For years, Legal Authority used to be a fairly significant company. We probably had 30 or 40 people working at it. I would see people coming out of law schools every year, and a lot of them were not the greatest attorneys. But they were as successful as the top law students because they were doing these targeted mailings. A lot of times, these law students were getting multiple jobs when people from even Ivy League law schools weren't getting as many jobs. They might not have been getting jobs paying too much. But they were doing very well.

So I would recommend targeted mailing. You can build the list on your own. But the most important point for law students and recent graduates to remember is when you're using an online job site, everybody is using that online job site. Now, you may be finding jobs on a site like LawCrossing or if you're using small publications and association sites that are in a lot of places that aren't getting a lot of applicants. Just remember that other people are applying to the same jobs. But if you're applying to places that don't necessarily have ads go out and they may have a need. It’s so much more effective because you're literally covering much more of the job market. You’re one of very few applicants. And it's so much better.

A lot of times, Career Services is great. But at the same time, Career Services offices have only a limited number of contacts in each city. Keep in mind that in a city like Los Angeles, there are thousands and thousands of law firms and tens of thousands of companies and hundreds of different little government offices, and so forth. They simply do not have contacts with all those. The only way you can possibly have contacts is if you build a list of all those people.

You really need to build a list. I will educate you on how to build a list in a future post because it's so vital. But it works, and I cannot stress it enough. Remember, with job sites, you're only covering a tiny percentage of the market. When you use Career Services offices, you're again covering only a tiny percentage of the market. The common methods of applying to jobs are applying to all the firms listed in the NALC guide, downloading lists that those firms received. Most times, they receive thousands of applications. You really need to go where other people aren't applying for jobs. That’s the approach that will work wonders for you.

I wish there was some way I could emphasize the importance of building a list even more because it's so incredible as to how many jobs you can get that way. But it really does work.

4. Do you have any recommendations for how to network with people during the Coronavirus lockdown? For example, I reached out via an email on LinkedIn.

Yes, you can reach out via email on LinkedIn. The best way to network is by always doing what you can to talk to people on the phone. I like talking on the phone because that tends to work the best. Also, that can typically be among the most effective.

5. In terms of networking, how do you best network with firm partners, and how should you drive the conversation if you get an informal network chat?

If you’re contacting partners inside of law firms, you need to note two points. Firstly, you don't know them, and secondly, they're going to be fairly busy. So the best way of doing that is setting up an informal informational interview and chat. There are certain people who are very good at that. And that's something we'll cover in our networking post.

The main way you can do that is to start the conversation by asking them about their job. Ask them what they do. Get them talking about themselves. One of the biggest secrets that can take years for people to learn is that people love talking about themselves. And something that I noticed in my career is that a lot of the smartest people will often be the very best at asking questions and listing all the information. Then they get things done because they will know everything. I think that's a very important thing. So, you need to make sure that you get people to talk about themselves. And if you get them to talk about themselves, at some point in the conversation, they're going to want to ask about you. 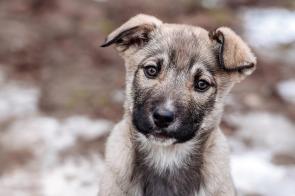 Why You Should Never Give Up Your Law Firm Job Search: Lesso .... 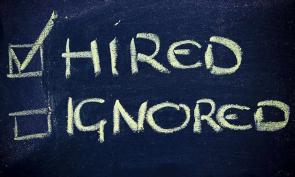 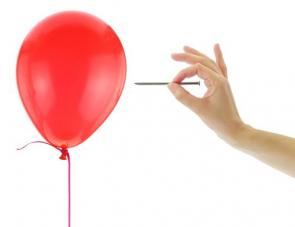