The Five Reasons Law Firms and Legal Employers Do Not Hire You after an Interview | BCGSearch.com

1. I am a very skilled attorney. However, my people skills are not the best. I tend to have trouble connecting with people during interviews. Do you have any suggestions for how I can better connect with people—books or courses?
Well, a couple of things. The first thing is I've written a lot of articles about this on my blog, which is HarrisonBarnes.com. And the book that I would recommend reading is How to Win Friends and Influence People by Dale Carnegie. Also, Dale Carnegie actually does courses. I guess I'm advertising Carnegie, and I used to have all the people who work here do a Dale Carnegie course. I have spent 10s of thousands of dollars sending people to them. I don't think they're very expensive, and their courses teach you how to connect with people and to break down those barriers and feel more comfortable around people.

Dale Carnegie courses are great. They help people, and the live course is very helpful because it connects you with people individually. There are lots of courses out there that I think are really good, too. There's also something called the Hoffman Process, which I think is kind of good. A lot of times, the big thing with connecting with people is a concentration on how we feel about ourselves. People will feel insecure, and they'll think about how others are seeing them in a negative light. But that's not always true. I think that to the extent you can break those things down, Carnegie courses and the Hoffman Process are good.


I think any type of way that you can work on yourself is very positive. But those are two resources that I personally found very helpful. A lot of times, this is something that I personally believe in. I will just share it with you. There are all sorts of positive affirmations, self-hypnosis, and other kinds of videos you can get on YouTube. You can listen to them before you go to sleep. I mean, your beliefs about yourself will be in your subconscious mind. So, to the extent you can fix that, it can be helpful. But I like Dale Carnegie's book, and I like the course. And in terms of books, there's another interesting series called The School of Life. You can get it on Amazon.

Those are books that have very well done essays, and they're very personal. They cover various topics like self-confidence. I think that's very useful too. Finally, I would say that if you have problems connecting with people during interviews, you could maybe even bring out your skills and say I'm very good at this, and emphasizing maybe what you're doing wrong in interviews and bringing out if you are very awkward or have issues, instead of trying to play around it. Sometimes, bringing it up can be helpful too.

Well, it may be you're able to connect with people. But at the same time, in your first-round interviews, you're not portraying the type of confidence the law firm expects, or you may be talking about inappropriate topics, or you may be not dressing correctly, or you may be coming across as someone who doesn't want to work hard. These are the main issues that I can think of without seeing what exactly you're doing. Or, you may not know enough about the employer or your practice area. Or, if you're a law student in the last year, you may come across as not having enough interest or someone that they can see giving orders.

3. In general, do you find the interviewers are easy to form a connection with or do they try to remain impartial and stoic? So it's not by a certain decision?

It was funny. I remember once I was interviewing with a big firm in New York, and I was interviewing with a tax attorney. When I saw the guy, I thought he was completely impartial. He had installed cameras. I could see that it was going to be very difficult to interview. There was a way he had positioned his chair, and I was supposed to sit down in a way on my chair. It was sort of a power thing where I was turned, so I had to kind of look at him in a specific way in order to answer his questions.

The first thing I realized when I walked into his office was it was so well ordered. He was going to be so stoic that if I sat and looked at him the way he wanted me, I had to just act very serious. And I did. Back then, I thought he'd probably like me, and I don't know how it occurred to me. But I sat there, and instead of moving the chair, I sat the way he had set up the chair. Due to that, I think I got the job. But if an interviewer is acting very impartial and stoic, you should be as direct as possible. I would hope that you would want to work in a place where you can connect with the interviewers and where they would want to connect with you. In general, I don't think they're acting impartial and still have to not bias your decisions. I think they're acting impartially for other reasons. But that's just my opinion.

Yes, you should dress formally for virtual interviews. You always want to show your respect to the employer. And remember, the employer wants to see themselves as that way. They want to see themselves as represented by someone who looks professional. And yes, you should try to use a natural background to hide distracting items. You shouldn't use a weird green screen. You just want to look very professional, and to the extent you can, a natural background is good. I mean, you can sit in front of a bookcase. I notice a lot of people do that. When you see newscasters at home, they generally will pick out an area that has a nice background. But anything that looks halfway is alright for a normal interview.

5. Is there a good way to connect with people before going to an interview? Would you recommend it?

6. What is your advice for senior lawyers about a potential tendency toward age discrimination?

Well, the advice is basically you want to go in and show that you're going to have the back of the people you're working with. I've hired lots of senior attorneys to work in our company in the past. What they do right is they come in with a lot of enthusiasm and obvious knowledge and experience that someone who is younger could possibly not have. They also have the ability to follow directions even if they don't necessarily agree with it. And that's kind of the best thing. I think that senior lawyers are much more valuable with their experience. It's just that a lot of times, senior lawyers seem very set in their way. So, I don't think there's anything wrong with being a senior attorney.

I mean, it's actually a very positive thing that the age discrimination comes if you really want to get down to it. I mean, the reason there's age discrimination is because people are worried that you're not going to do the job the way they want you to. So, you need to give them the impression that you will. They're also worried that you may not have their back, and you may be cynical because of all the bad experiences you've had practicing law, which most older attorneys have. I mean, by the time they're into their fifth or sixth year, they want to believe that you won't. Those are kind of the main issues. Then, they also want to believe that you have energy. But you can see people who are well into their 80s who have energy. So, it's not necessarily the energy that's the discrimination is about.

The fact that you won't do the work the way they want it done, and that you may not really want the job or those sorts of things are the main issues. Actually, wanting the job is not something I think is always a weakness.

7. I am a patent agent. Is it possible for me to get into a position or being a scientist and wanting to be able to work in a law firm without the Patent Agent qualification?

Yes, you can work in a law firm without a Patent Agent qualification as a technical advisor. But that is about the extent of it. There are major law firms that hire for this position. 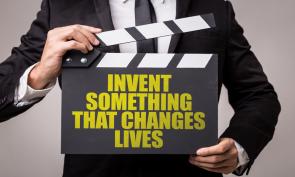 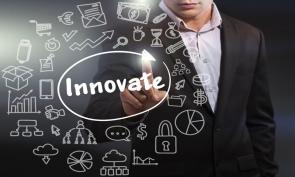 What does “Patent Prosecution Experience” Mean in Law Fi .... 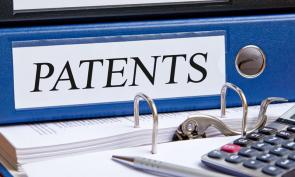 Do I Need to Meet the Patent Experience Requirements for Pat ....