What do you think about this article? Rate it using the stars above and let us know what you think in the comments below.
207 views

, the only Australian law firm with an office in the United States, has experienced significant success in San Francisco. From the start, Darren Gardner, Managing Partner of Minter Ellison's San Francisco office and head of the firm's international employment and labor law practice, has been a key player in the firm's U.S. prosperity. 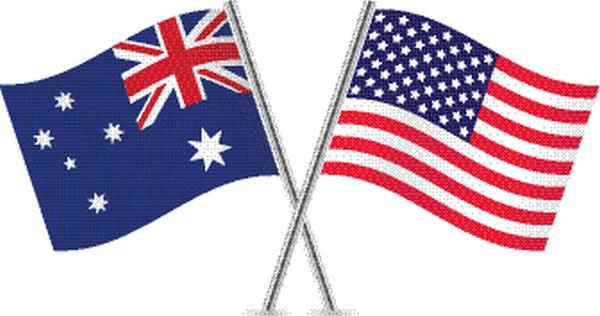 "We learned from experience that having our U.S. headquarters on the West Coast best suits our business model. We also learned how important it is to focus on our strengths. In doing this, we have built a substantial international employment law practice in our San Francisco office and have been able to use that as the cornerstone for our growth," Gardner said.

The San Francisco office assists clients in the United States who are doing business or considering doing business in Asia. Gardner said that, in his experience, international employment law practices are "fairly unique," and he feels that his team's Asian employment law credentials and experience "really distinguish [Minter Ellison] in the U.S. market."

Gardner helps his clients with a broad range of employment issues, including terminations (both individual terminations and large-scale downsizing), privacy and data protection, workplace harassment, anti-discrimination laws, and workplace policies and handbooks, as well as local and cross-border employment and labor issues arising from mergers and acquisitions on a single and multi-jurisdictional project basis.

Gardner said one of the most appealing aspects of his job is the variety of everyday tasks. "There's a lot of diversity. It makes it interesting and exciting. You also get the opportunity to be a part of big, international transactions," he added.

One of the most challenging aspects of the job is dealing with the time differences in different countries. "You can't be an international lawyer and work nine to five," he said.

You also can't be an international lawyer without traveling—a lot. Gardner's clients run businesses throughout Asia, from India all the way to Australia, and he frequently meets with them in person. "I spend a lot of time working in different places, and we're lucky to have offices in different countries," Gardner said. International lawyers have to spend face time with each client. "It's the only way," said Gardner, "to properly understand their business and make sure that what you're proposing fits with their commercial objectives and circumstances in that particular place."

While the job has its challenges, it is also rewarding, and Gardner has received recognition in the United States for his international employment law work. In October 2005, Gardner was featured in a Forbes radio program, "Special Tribute to America's Best Lawyers." Gardner's inclusion in the program was a testament to his dedication and high-quality work. "Clients always judge you on your quality of work and responsiveness. As a team, we really focus on these aspects," he said.

The demand for international employment lawyers has increased, as U.S. multinational corporations have continued to grow and outsourcing has become a pervasive business trend over the last 10 years. Minter Ellison's San Francisco office, which opened with just two lawyers, now employs 12. Richard Horton, an Australian lawyer from the U.S. firm Skadden, Arps, Slate, Meagher & Flom, joined Minter Ellison near the end of 2004. Horton is an intellectual property (IP) partner, and he has helped develop a substantial client base in the Silicon Valley.

Minter Ellison has more than 270 partners and 900 legal staff in Australia, Hong Kong, China, Indonesia, New Zealand, the United Kingdom, and the United States. Minter Ellison has advised Australian and international corporations since 1827. The firm has experienced dramatic growth over the last 10 years, and the Sydney office has more than 500 staff, including 62 partners and over 200 legal professionals.

"Besides the fact that I got the job, the recruiter I worked with was friendly. You guys are..." Read moreEric Lauritsen
Duke Law School, Class Of 2014
Placed at Greenberg Traurig, L.L.P

"I worked with a recruiter in Houston, and she had so much helpful information about the..." Read more