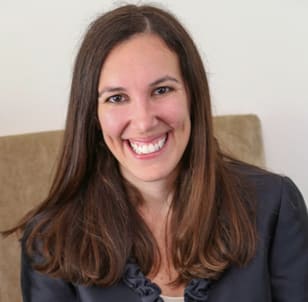 During her time at Skadden, she worked in the Intellectual Property and Technology Group of the New York office. Her practice concentrated on advertising, trademark, and consumer protection law, including both litigation and advice. Moreover, Ms. Levine also worked on the corporate side doing IP/IT Transactional work, making her especially suited to understand the lifestyle and demands of both a litigator and a corporate lawyer.

Ms. Levine is a member of the bars of four states: New York, Florida, New Jersey and Connecticut. On the Florida examination, her tort bar essay answer was selected by the Florida Bar as a model answer for future test-takers to use for studying purposes. She also received the highest MBE score of all test takers on the Connecticut bar.

Born and raised in Manalapan, New Jersey, she has an older sister who recently published her first young adult novel. She is also a sports enthusiast, with a particular love for soccer. In addition, Ms. Levine was the captain of varsity track in high school, where she graduated first in her class. She is also a big fan of television and enjoys following the ratings of network television shows just as much as she enjoys following legal market trends.

Ms. Levine met her husband while they were both students at Harvard Law School. They have two young, energetic children – a son and a daughter – and spend their free time doing outdoors, kid-centered activities. They also spend as much time as possible with their extended families in Long Island and New Jersey and frequently visit the area.

“If Becca is representing me, I know that she will constantly be looking for new ways to place me because she is always learning. She will make me feel understood, take chances on me, be responsive to my calls, emails, and texts, and not involve her ego in representing me, which helps her write great letters that bring out my strengths. She will seek information from her peers and the company and see patterns in other recruiters’ actions (and markets) that help me. Becca will get excited about the market because she sees opportunities, is open-minded, and realizes a lot of what happens is random. Becca is fun to speak with because she is optimistic and appreciates candidates, firms, peers, and her job, company, and profession. She will not give on me and will be honest with me about what I can expect, so I know I can trust her.”

What where some of your favorite things about working with BCG and Becca? How quickly everything went! I worked with a few other recruiters in the past and I didn't get very much traction. I had 1 or ...Read More

What where some of your favorite things about working with BCG and Becca? Becca was extremely helpful! She was available by phone whenever I needed her and she gave me some helpful hints on the interv...Read More

[My favorite thing about working with BCG was] great about getting interviews. I have worked with other recruiters before and independently and I had little success getting interviews and Becca was gr...Read More

I like how organized BCG was and the ease of access/use of the website. Becca was very responsive and knowledgeable about the market. Becca alerted me to opportunities I would have missed on my own, a...Read More

One thing I really enjoyed regarding BCG was the dashboard and their user friendly aspect of their website as far as applying to jobs and being able to be notified regularly through email about any jo...Read More 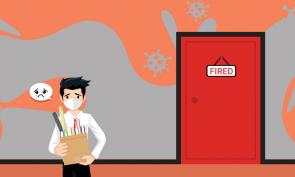 I was laid off during the pandemic from big law during my first five years of practice. Can I save my career?

We know many attorneys are going through a challenging time right now, having lost their jobs due to the pandemic, despi....