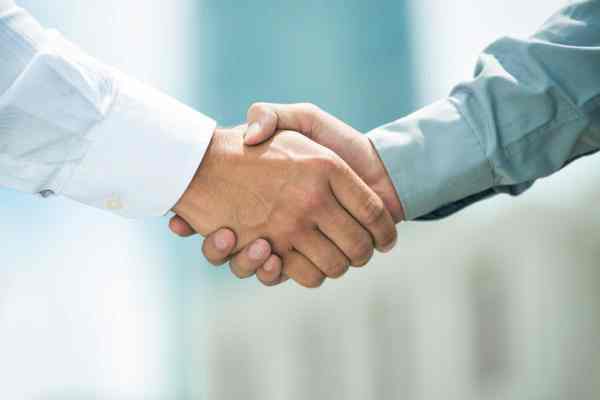 Blank Rome has partnered with Brussels-based public affairs firm Interel, saying the goal is to help international clients coordinate their government relations and legal needs between Washington, D.C., and Brussels.

However, he was vague about specifics regarding the arrangement.

Blank Rome already has a separate public affairs affiliate, Blank Rome Government Relations, which includes 29 legal, lobbying and strategic communications professionals. That group is headquartered in Washington, D.C., with offices up and down the East Coast.

"This partnership brings together unique sets of strengths and capabilities that will add value to our collective clients and future clients," Buchholz said in a statement. "It also clearly provides Blank Rome with additional value added resources and an even stronger differentiator for our law and government relations clients."

"A lot of the synergies are with the law firm clients," Buchholz said. The firm hopes to expand its existing client base through joint marketing with Interel as a "one-stop shop" for government relations and legal needs for clients who have transatlantic needs, Buchholz said.

The two firms are already working on matters in which Blank Rome handles the U.S. strategy and Interel handles the European focus, he said.

With Brussels being the capital of the European Union and Blank Rome having a government relations group based in the U.S. capital, Buchholz said it made sense for the two firms to align together.

Firm spokesman Topper Ray said that with more of the EU's business being focused in Brussels, Interel offered "tremendous resources" for the firm's clients, particularly those out of the New York office who do a lot of international work.

Buchholz said it would help the firm's clients to have someone on the ground in Brussels who has a firm understanding of the local and regional governments.

He said that the firm is looking to expand in all markets, and while this alliance does not replace opening an office in Brussels or elsewhere in Europe, "it's a start."

Michael B. Pollack, director of strategic planning at Reed Smith said that it is very important to have people in the market you are trying to serve.

His firm has expanded in London, and opened offices in Paris and Munich since the beginning of 2005.

It is difficult, he said, to handle certain overseas issues from the United States or even by sending one person abroad to work on a matter.

Pollack said that the three most common ways of entering a market are an informal affiliation, a formal affiliation or a merger. He said the benefit of an affiliation is that while a firm spends a lot of time getting to know a group, if it doesn't work out the firm doesn't lose any money.

"There's no impact economically," he said. "That's a big plus."

In terms of Brussels, Pollack said that Reed Smith hasn't quite determined how key a market it is in Europe. He said that while it seems logical for Brussels to be an important place, it isn't always portrayed that way when you talk to people overseas.

"That's a market that we don't fully understand yet," Pollack said.

He pointed out, however, that for issues like government relations or competition law, it could be a very important area to have a presence.

At the time DLA Piper

Rudnick Gray Cary opened in Brussels last year, the managing partner of that office, Steven De Keyser, said that it was helpful to be in the same city as the EU Commission.

"We will be able to identify a direction legislation will be taking and offer pragmatic advice to our clients," he said last year. "We'll be close to lawmakers."

DLA Piper joint-CEO Francis B. Burch Jr. said at the time that the office would help DLA Piper handle a lot of cross-border mergers and acquisitions deals as well.

Daniel Binstock of BCG Attorney Search in Washington, D.C., said that this alliance seems mutually beneficial and is a common trend among firms in the nation's capital.

"Government relations is a very important practice in Washington, D.C., both for law firms and for government relations/lobbying firms," Binstock said. "For international companies that are dealing with government issues such as antitrust, competition, trade, policy, having somebody on the ground in Washington, D.C., to help with the red tape and maze of issues can be extremely beneficial. This also applies to U.S. companies that are dealing with issues in the European Union."

The company has offices in Antwerp, Belgium; Paris; and Prague, Czech Republic, and according to its Web site, has approximately 80 professionals.

Aside from its offices, Interel said it partners with companies in all other major cities in Europe.

Buchholz said one of the reasons the two firms were such a good fit was because, like Buchholz, Interel Chief Executive Officer Fredrik Lofthagen, 41, just took over the helm of his company. Buchholz became managing partner of Blank Rome this month.

The two companies may send some of their people to the respective offices and they have set up an extranet system that will allow both firms to communicate.

Blank Rome and DLA Piper aren't the only local law firms with ties to Brussels. Dechert opened an office there in 1968 and Morgan Lewis & Bockius handles a lot of antitrust work out of its Brussels office.

Greenberg Traurig has a strategic alliance with the London-based firm Olswang that allows it to have access to the Brussels market.

"I was happy with how smoothly the process went, how quickly everything was handled, and how..." Read more

"The good thing about working with BCG in general is all of the resources and articles. The..." Read moreSergio Marin
University of Connecticut School of Law, Class Of 2018
Placed at Murtha Cullina LLP.