Ranks Among Top Firms
The McKool Smith law firm and eight of their associates have ranked within the prestigious Chambers USA guide to top law firms and individual lawyers in the United States. 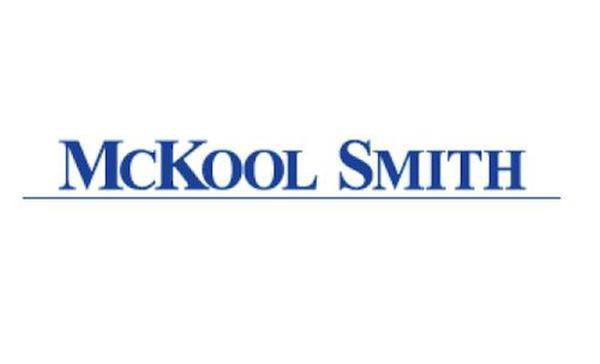 In addition to the aforementioned honors, McKool has been ranked as one of the top firms in New York for white-collar criminal matters and government investigations.

''Everyone at McKool Smith is very excited to be recognized again as one of the country's top law firms, especially since this recognition comes from one of the world's most trusted legal publishers,'' said Mike McKool, co-founder of the firm.

McKool Smith has more than 125 attorneys across the country, with offices in Austin, Dallas, Houston, Marshall, New York, and Washington DC.

Video Game Company Sues New York Firm for Breach of Contract
Skyworks Ventures Inc. of Jamesburg N.J. is claiming that New York-based law firm Scarola Ellis, breached their fiduciary duty by using the company's confidential and proprietary information for its own benefit as well as engaging in overbilling.
Skyworks filed the suit in Middlesex County Superior Court on May 14, 2010; the suit grew out of a fee dispute between Scarola and Skyworks.

Skyworks, which was founded in 2006, hired Scarola Ellis in 2007 to help them raise capital. Throughout the course of Scarola's representation, the firm acquired a slew of names of and email addresses of investors who funded the 2006 launch of Skyworks.
Scarola, without the knowledge of Skyworks, sent out invitations to seminars and conferences held by the firm.
The firm ''was under a duty to deal with Skyworks fairly, honestly and with undivided loyalty,'' according to the suit. The suit alleges that Scarola breached that duty by reaching out to the investors.

Scarola Ellis is represented by New Jersey-based firm Rabinowitz, Lubetkin & Tully in fiduciary and bankruptcy cases. Rabinowitz had this to say on the matter: ''We have been attempting to collect unpaid legal fees that the company has owed the firm for over a year. With respect to the allegations in the complaint we have done nothing improper and we certainly dispute them. In general, the complaint is simply an attempt to fend off our legitimate collection effort.''

Boies will take over the $1 billion claim coming from Basis Capital Management. According to Bloomberg News, the now collapsed hedge fund (Basis) is accusing Goldman Sachs of misleading it regarding a collateralized debt obligation known as Timberwolf. Goldman claims that the suit is ''a misguided attempt by Basis... to shift its investment losses to Goldman Sachs.''

Basis collapsed in 2007 after losing $78 million on the Timberwolf CDO. They filed the suit after talks between the two parties broke down.

Boies Schiller is among the top litigation firms in the U.S. They are well known for representing former Vice President Al Gore in the 2000 election dispute.

"The folks I worked with were very responsive and helpful in preparing me for my interviews...." Read more

"BCG is prompt and responsive and within less than a day of me talking to Romina, she had..." Read moreSteven Mach
Cornell University Law School, Class Of 2016
Placed at Davis Wright Tremaine LLP

"Some of my favorite things about working with BCG are that it was successful and that they..." Read more