What do you think about this article? Rate it using the stars above and let us know what you think in the comments below.
44 views

Quoted more often than followed, Virgil's immortal phrase rings truer now than ever as a source of inspiration — and as a challenge. In Virgil's day, fortune — or ''Fortuna,'' the goddess of luck — was believed to bestow her largesse on risk-takers and adventurers. Those who boldly sacrificed comfort in pursuit of greater goals were rewarded by Fortuna for their efforts. These unpredictable financial times provide a great opportunity for many to catch Fortuna's eye and generous attention. So all you partners with a book, great or small, dust off your shield and saber, or business plan and contacts, and be bold.

The Concept of Boldness Is Over 900 Years Old, and It's as Relevant as Ever

The word ''bold'' dates back to the 12th century. Its etymology is Middle English, from the Old English beald, akin to the Old High German bald. Merriam-Webster defines it as ''fearless before danger; intrepid; showing or requiring a fearless daring spirit.'' With a life expectancy that averaged around 35 years, adults in the 12th century had to be bold if they were to get anything accomplished at all! Speaking of accomplishments, Italy's University of Bologna became famous for the study of law during the 12th century (I like to think that there is a correlation between the rising profile of the study of law and the usage of the word ''bold'' both occurring in the same century). 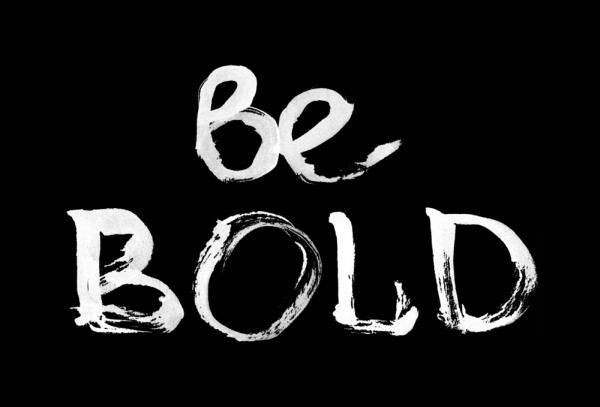 Considering the economic times and the woeful reports coming out of Wall Street, Main Street, and Holly Knoll (my street), adopting ''a fearless daring spirit'' right now, or at least faking it, can help prevent one from becoming sunk into the mire of uncertainty, doubt, and fear. A healthy dose of fearlessness before danger will not only help you get through the morning news and your stock portfolio, but it can help you take your career to the next level. There's a reason that the brass ring hangs high.

The iron has never been hotter to strike. On a daily basis, BCG Attorney Search receives emails from AMLAW 100 firms, as well as the medium and large regional firms, looking for partners in various practice groups. For example, just in the last week we've received search requests for partners in labor & employment, corporate, real estate, technology, bankruptcy, and tax. The book requirements start at $250K, with $1 million being the most common request. Whatever your book, you should at the very least research what opportunities are available to you.

We are currently in the middle of one of the most dynamic, volatile, and unpredictable markets that the legal community has ever faced. While some firms are dissolving, other firms are scooping up entire practice groups, partners, and associates at a dizzying rate. To be sure, those firms are operating under Virgil's mandate. If they are, so can you.

"[My favorite part about working with BCG Attorney Search was] the follow up, and not having..." Read more