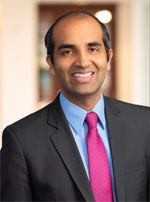 Shah focuses his practice on U.S. immigration law. He guides employers through the complicated process of hiring and retaining foreign national employees in temporary visa categories such as H1-B, O-1, E-2, TN and L-1, and in sponsoring employees for permanent residency. In addition, Shah counsels companies of all sizes, including emerging companies, on I-9 audits by the U.S. Department of Homeland Security, compliance with DOJ regulations in the I-9 process, and H-1B audits by the Department of Labor. His work touches a number of industries, primarily the finance, banking, primary, secondary and higher education, transportation, healthcare, nonprofit, and arts sectors. Shah also maintains a healthy individual immigration practice with a focus on investors, family-based immigration, and helping undocumented individuals obtain lawful status. He also maintains a strong commitment to pro bono work with organizations such as the National Immigrant Justice Center and Chicago Volunteer Legal Services.

“Immigration is a pressing issue for employers, and Tejas is among the most skilled practitioners in this area of law,” said Kenneth J. Yerkes chair of Barnes & Thornburg’s Labor and Employment Department. “We’re thrilled to add him to the team, and his insight will only become more valuable as employers continue to look outside of the U.S. for talent.”

Shah is active in the legal community and has served as the chair of the Illinois State Bar Association’s International and Immigration Law Section and co-chair of the South Asian Bar Association of North America’s immigration committee. In addition, Shah was named one of the Most Influential Minority Lawyers in Chicago by Crain’s Chicago Business in 2017. He joins the firm from Franczek P.C., where he led the immigration practice.

“Tejas is a recognized leader on diversity issues in the Chicago legal community and the latest example of the excellent talent we’re able to recruit in our growing Chicago office,” said Mark E. Rust, Chicago managing partner. “The depth of his knowledge in immigration law adds to the breadth of labor and employment counsel we already provide to our local clients, and I’m looking forward to seeing him collaborate with our team in Chicago.”

Shah earned his J.D. from George Washington University and his B.S. from Duke University.