David Boies Will Shape Up Things for NBA Players | BCGSearch.com

David Boies Will Shape Up Things for NBA Players

David Boies Will Shape Up Things For NBA Players

The players of the National Basketball Association's players have filed an antitrust suit against the league. The players have rejected the latest offer by the owner for a new collective bargaining agreement and have hired Boies, Schiller & Flexner. Dewey & LeBoeuf global litigation chair Jeffrey Kessler is advising the Association on the matter. By adding Boies to their legal roster, the NBA players have also added a measure of media savvy, because of his appearance in WFAN Radio seven months ago. 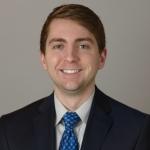