Never underestimate the power of a positive attitude | BCGSearch.com

Never underestimate the power of a positive attitude


At last, the day came.  People were called into the conference room, one at a time.  A few were given the news that it would be their last day.  Others were told they were being forced to take a reduction in hours and, in turn, a reduction in pay.  My friend was in the latter group.  His hours were cut and the accompanying pay reduction of 15% of his salary would have a most detrimental effect on his family.  Still, he thanked his employer and vowed to work just as hard on his reduced schedule as he had on his full-time schedule.

The next round of layoffs came.  Again, some were given the news that it would be their last day with the comany and again, some were told of further reductions in hours and, of course, pay.  Many lost their benefits.  Still, my friend was "spared" and expressed gratitude to his employer.

The company is now in its 5th round of lay-offs and everyday, my friend remains thankful that he still has a job.  He is searching for part-time work to set off the pay cuts he has taken but remains one of the hardest working individuals at his company.  Though he has taken a serious financial hit, his work ethic remains sound.

Not too long ago, he was in the office early one morning when one of the company's founders arrived.  He thanked my friend for his hard work and said, "You know, a lot of people have been extremely rude and angry when we've informed them of the need for pay cuts.  While I understand we are delivering bad news, it seems to escape most people that were are, at the same time, doing everything in our power to keep folks employed as long as we possibly can.  I can tell by your positive attitude through all of this that you really do get it." Suddenly, my friend understood why despite being the last person hired, he has yet to be let go.

It's really quite amazing how much your employer will learn about you in these times of adversity.  Keep working hard and keep a positive attitude--it will pay off in the long run because your employer will identify you as a sound long-term investment. 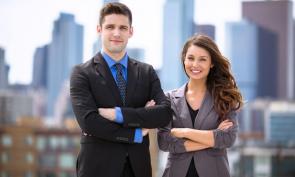 The Most Important Characteristic Attorneys Need to Succeed .... 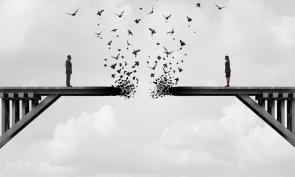 Salary Wars in Light of the Recession: Bridging the Associat .... 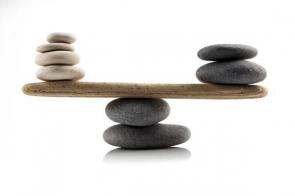 How Law Firms Can Maintain Balance in Economic Downturns