Carrot & Stick: Why You Have No Choice But to Lead from the Vanguard | BCGSearch.com

Carrot & Stick: Why You Have No Choice But to Lead from the Vanguard

What do you think about this article? Rate it using the stars above and let us know what you think in the comments below.
13 views

I am not a determinist. Really. But I do believe that movements within societies are inexorable, ineluctable, unavoidable. That means that new ideas and new values and new social mores come about seemingly of their own accord; and they cannot be stopped, cannot be forestalled, cannot be ignored—at least not ignored without risk. 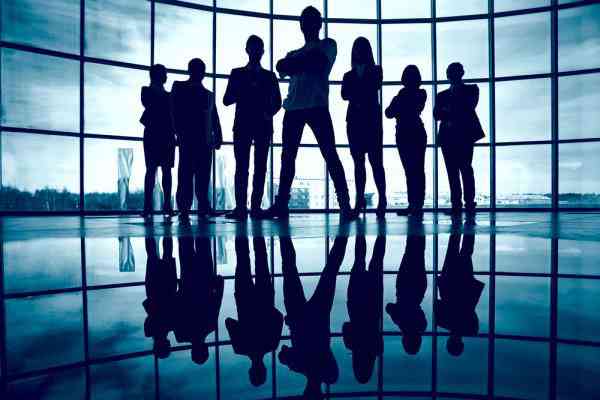 Don't Get Caught With Your Pants Down

In short, a leader can never be comfortable in his/her own skin. A leader can never believe that s/he has "found" a mode of being that will maximize his/her personal reputation, fortune or standing. Rather, a leader is always open to perceive needed changes in his/her approach, philosophy, and style of implementation. A leader realizes that what is acceptable, even laudable one year, may be actionable or even criminal the next.
I can't help but bring up a startling example of this type of "sea-change" in outlook from the early 19th Century. Lord Nelson (once again), shows us that a true leader always leads from the cutting edge of society's cultural milieu.

Nelson is famous for his approach to battle. In case you aren't familiar with it, he was known for the shocking proposition that the enemy existed merely for him to annihilate. In short, he did not believe in "saving" his men or material for a later day. He did not believe it advisable or permissible to consider how much he might lose in the relentless pursuit of his enemy. Rather, Nelson thought only of how he might destroy his enemy, and utterly remove his enemy's ability to carry on a fight.

While the above description sounds blood-thirsty, it is does not sound terribly innovative to our 21st-Century ears. After all, the entire last Century is full to overflowing with examples of "total war." But in Nelson's time, nearly precisely 200 years ago, this was a new way of thinking.

A Bygone Era of Manners

In the prior century (the 17th), naval tactics had favored equipoise, balance, synchronicity and even beauty to be higher values than destroying one's enemy. The ruling paradigm was that of courtesy, sensitivity and prudence—and prudence to the exclusion of action. In the extreme case, it was thought more gentlemanly to dissemble, even prevaricate, rather than to offend.

Moreover, there existed rules of engagement so intricate as to seem laughable now. Ships in a line were disallowed from engaging their enemies any closer than that of the flag ship engaged its chosen target. Movements of ships were timed not for efficiency, but for perfect uniformity of motion. Basically, the movement of ships in battle was dictated more by the artistic flair of a choreographed underwater swimming routine than of the hurly-burly and quick-decision-making required (now, at least) in battle.

Imagine then what a dashing figure Nelson made. He routinely gave orders to his captains that specifically authorized them to take decisive and independent action; to react as they saw fit once the chaos of battle began. He gave few guidelines. Basically, once the ideal alignment of the fleet was achieved, captains were to simply get a close as they could to an enemy ship of their choice and blow it to kingdom come. The beauty and symmetry of "the line" be damned. This new approach took root quickly in the officer ranks.

But the swiftness of the shift among the naval community was nothing compared to the swiftness and abruptness of the shift in mood of the populous back in Britain. One of Nelson's colleagues, admiral of a different fleet, took the standard approach in attacking a Spanish armada. After engaging the enemy and decisively trouncing it, Nelson's fellow admiral decided not to follow up the battle the following day. Rather, the admiral allowed his enemy to limp back to port, and took his fleet to a safe harbor nearby. His reasoning? A very 17th-Century concern that he not lose a single ship (basically, why tempt fate?), and also, that he preserve those ships that he had taken from the Spanish and were now his by right of conquest. This sort of gentlemanly and rather passionless take had been doctrine just a few years earlier.

Notably, however, these actions, sanctioned and approved for a century at least, now became the subject of a court-martial, and end of this admiral's career in ignominy. After a bloodbath in the press and a strongly worded reprimand by the admiralty, he was never given another command.

Just what was the "crime" of this very stately admiral? Only this: that he did not keep his eyes to the horizon. He did not feel it necessary to push the boundaries of his own experience and read the writing on the wall. In short, he was smug with his own (quite vast) success, and sat on his laurels.

How much less can leaders today afford to rest on any laurels? Our markets and our style of business are changing beneath our feet. It might be risky, yes, to take a new direction, but it is very likely more risky to adopt the status quo. It is often more prudent to continue on a path where the end is not in sight, than to wait for the press of the known inevitably to crush you.

Thus, leaders of all levels of honor may do well to heed the conflicting and changing movements within our society and the emergent, (developed) world zeitgeit. If one is small-minded and petty, one can at the least realize that to protecdt oneself one cannot simply do what worked before. If one has the desire to create something new and lasting, he must take the same course. The seas may be choppy, but there is only shame and death for the captain that hides his ship from the battle.

"I thought that the regular updates really helped and I'd say that Romina was really..." Read moreDrew Tate
University of Notre Dame Law School, Class Of 2016
Placed at Fisher & Phillips LLP