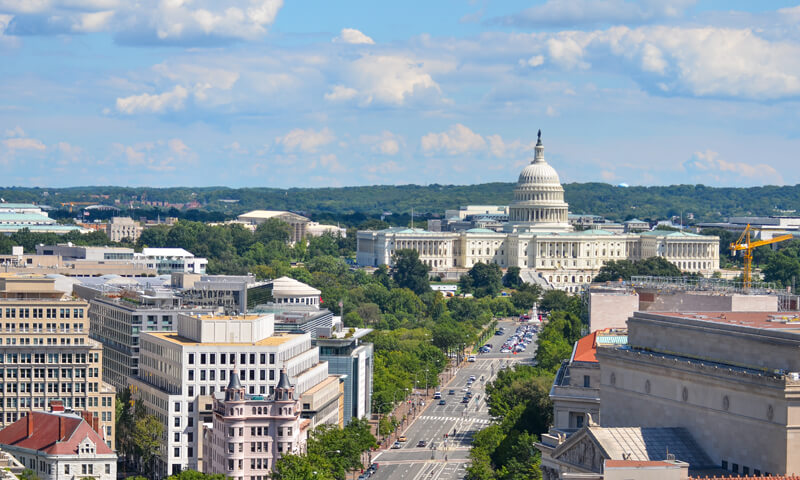 Christopher J. Barr made the move to the firm's seventh office as a partner and will handle federal regulatory issues on energy law.

He joins former Morgan Lewis energy partners Michael W. Gang, who is in the Harrisburg office, and David B. MacGregor, who works out of the Philadelphia office.

Gang and MacGregor joined Post & Schell in October along with five other attorneys from Morgan Lewis.

Barr and the new office also gives the firm the ability to represent clients before the Federal Energy Regulatory Commission and the U.S. Department of Energy.

Barr, who was at Morgan Lewis for almost 20 years, said Post & Schell approached him about joining the firm. It was an opportunity for Barr to work with his former colleagues, whose practices, he said, overlap with his own.

Dan Binstock, managing director of the Washington, D.C., office of BCG Attorney Search, said he has seen lateral energy opportunities in the Washington market increase by about 20 percent since this time last year.

"Washington, D.C., is the natural choice for a firm that is looking to build a strong energy group," he said.

While the new office has an immediate focus on the firm's energy practice, Peters said it will grow to include other practices including health care, transportation and communications.

"The plan is to provide a broader federal presence in those areas," Barr said, adding that his energy practice fits into that plan nicely.

The firm currently represents hospitals in 45 states, Peters said, and they all have Department of Health and Human Services regulatory needs.

"One of our key focuses is on partnering with highly regulated industries," he said.

Peters said in order to do that, the firm needed a presence in the District with an attorney who has built relationships in the area and has knowledge of the city's regulatory issues.

The firm is "actively" talking to other attorneys in the Washington area, but Peters said there is no set number of lawyers he is looking for to fill out the office.

"We see this office as something that really has unlimited potential" as far as practice areas and number of attorneys, he said.

Barr said he would like to be a part of growing the office, particularly in the energy area. It has not yet been decided whether he will be the managing partner of the office.

He said the firm has been rotating attorneys down to the office, which opened March 8, and will be adding new attorneys soon.

Barr said the current office is an interim space that the firm may eventually have to leave to accommodate additional lawyers.

"We were strong before Chris left, and we remain strong," he said.

Gutierrez said the departures of Gang and MacGregor were not indicative of any weakness in the practice group, but motivated by client conflicts.

He said Barr's departure was a function of how his practice aligned with Gang and MacGregor's.

According to Gutierrez, the firm does not feel it needs to fill the vacancies.
Binstock said energy practices are generally split among a focus on nuclear work, oil and gas work, and electric work.

While Post & Schell is growing in Washington, it recently lost two partners in its Philadelphia office.