Why a Strong Sense of Self Is the Most Important Thing You Can Possess as an Attorney | BCGSearch.com

What do you think about this article? Rate it using the stars above and let us know what you think in the comments below.
843 views

Once, when I was around 17 years old, I was sitting in a car with a friend of mine, waiting for another group of kids. My friend was very wealthy and by this age had already inherited several million dollars – and he was very arrogant about this. In addition, he had been raised to think very highly of himself. He seemed to believe he had done the absolute best in everything he did. Even though he was not a great student, he reasoned that this did not matter, since the best students would one day be working for him. He had an incredible level of self-confidence, and people around him could never shake this, even if they tried. He had been beaten up at least a few times that I could remember, but he never seemed to care. His tremendous sense of self was internal to him and was unwavering. Everyone who knew this particular guy thought he would one day be extremely successful. His self-belief set him apart on so many levels from all other kids. 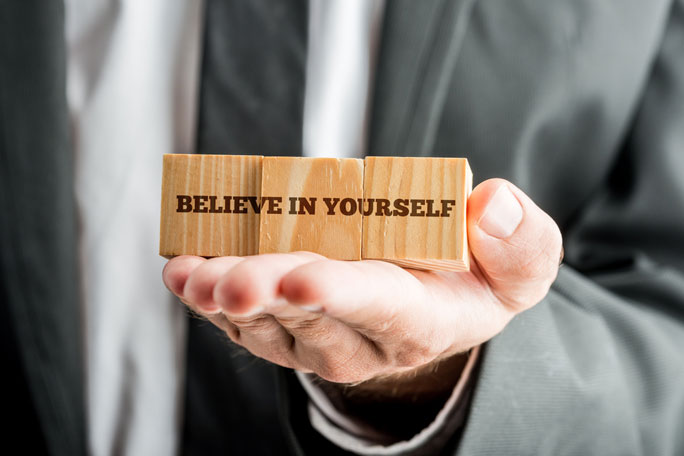 As we sat there in the car, we discussed our futures. He had big plans for himself, which included heading an investment bank in New York, going to a major business school, and generally taking on the world. When it came time for me to share my plans for the future, I still remember quite well what I said:

"I will be very happy if I get a three-bedroom house in a nice neighborhood and can at least afford to travel once in a while," I told him. "I really hope I can get a decent job when I get out of college."

"It's tough out there, but I am sure you will manage to get something," he said.

I never forgot this particular conversation because at that time in my life this was all I expected for myself:

My sense of who I was and what I could achieve was simply not at a high level. At some point, however, based on encouragement from my father, teachers, and others, I began to develop a stronger sense of self - a sense of self that encouraged me to aim high in my life and to believe that I was capable of incredible things. Over time, this sense of self began to stick, and it continued to grow for me. A strong sense of self is the most important possible thing you can possess, and developing a strong sense of self will change your life.

"I guess that whenever I had any questions, or I wanted to talk to somebody about a..." Read more

"I really appreciate that BCG kept me up to date on the openings and found those for me and..." Read more

"I'm glad to be working with my recruiters in California again, as they were very helpful in my 2010 job search."Chris Garrett
Columbia Law School, Class of 2009
San Francisco, CA