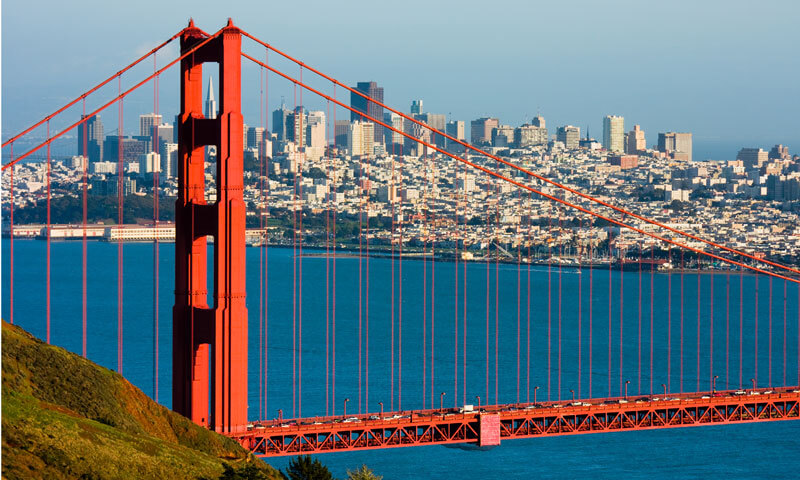 BCG's San Francisco office has developed a winning reputation for helping attorneys of all stripes find the right homes among the city's many firms. San Francisco has a vibrant legal community, making it both an interesting and exciting place to practice law. The networking opportunities are abundant, as are the opportunities to learn and grow.

The legal market is as eclectic as the city. "Big Law" is represented in San Francisco, as are small boutiques and everything in between. Characterized as a "lifestyle" city, which really just means that each individual firm, big and small, has its own distinct style and attitude, San Francisco is accommodating to attorneys from out of state. However, many will require the California bar. Opportunities for corporate attorneys are rising again, and litigators are always in sharp demand.


San Francisco combines the cosmopolitanism of London and the clean air of Stockholm with the spectacular scenery of Istanbul. In fact, the famed Golden Gate Bridge gets its name, poetically, from the Golden Horn, that spur of water that cuts into the old Queen of Cities, Constantinople, and which finds its spectacular analogue here in the New World.

San Francisco may be "hard to leave," as Rudyard Kipling once reported, but it is perhaps the easiest city in the world at which to arrive. Whether you arrive by plane at Oakland or SF International Airport; by car on the hoary 101; by bus; or as Jack Kerouac did, as a hitchhiker, the sublime city bids welcome in a way that only the hardest of hearts can resist.

Famed for the eclectic culture, fine restaurants, and magnificent hills, the City by the Bay is without a doubt one of the most splendid places on earth to practice law. Aided by a mild climate, crisp air, and startling purity of light, nearly Provencal in its intensity, San Francisco has been a powerful magnet for students, craftsmen, designers, professionals, bohemians, and professional bohemians for more than a century. Mark Twain, Ambrose Bierce, and Jack Kerouac are some of the writers who have called San Francisco home, as have countless others, living and dead. There is a lively local music scene, as well as strong poetry, art, and design cultures. In fact, one way to view the city is as a massive proscenium for all that the human heart and mind have to offer.

Known for more than a century in China as "Gold Mountain," San Francisco has been a magnet for immigrants and emigrants, from almost the moment it was founded, from every corner of the earth. Whether seeking gold during the dot-com boom or in the 19th-century Gold Rush, people from all over the world have not only left their hearts in San Francisco, they have made it their home.

San Francisco is well known for its Chinatown and Little Italy. There is also an endless array of smaller ethnic enclaves with their eponymous cuisines: Czech, French, Thai, Filipino, German, Korean, Japanese, Russian, and so on. The diversity of San Francisco's population is out of proportion to its relatively small size. Strolling down the sidewalk, you are as likely to hear Italian as Cantonese or Tagalog.

The city's diversity created a number of utterly distinct neighborhoods, which are almost village-like in their intensely local feel. These include Russian Hill, Noe Valley, the Castro, Pacific Heights, the Marina, the Mission, the Haight, Twin Peaks, and so on. Given this rich variety, it is worthwhile taking time to explore and decide which one to call home.

Lately, San Francisco's young, telegenic mayor, Gavin Newsom, has made national headlines for his defiance of a California law that defines marriage as a sacred bond between a man and a woman. While both widely applauded and reviled for this stance, there is no denying that during the recent mayoral election, he was cast by his opponent and much of the local media as the "establishment" candidate, a crypto-conservative. Only in San Francisco!

The truth is that the city's politics are no stranger to controversy. Indeed, its inhabitants revel in the knowledge that their city is sui generis.

San Francisco has changed in a number of ways from its days as the epicenter of the sixties. It is far more expensive than it once was even a decade ago, more hurried, more chaotic, less laid-back. Even, some darkly mutter, more "New York," with aggressiveness. Drivers these days are anything but courteous. It's perhaps the most dangerous city in America to be a pedestrian, which is a shame, because it is also the most glorious. Many Baby Boomers mourn San Francisco's generational shift from hippie capital of the counterculture to Valhalla of the petit bourgeoisie, but what has remained constant is the city's reputation as a civic heaven, and haven, for so many different groups of people.

The sheer number of outdoor pursuits available here is limited only by your imagination and pocketbook. Ramblers, rock-climbers, spelunkers, scuba divers, sailors, skiers, skydivers, whale-watchers, gardeners, and an endless number of hobbyists doing activities that you've never heard of are able to pursue their passions somewhere in the vicinity. There is surfing, too, as well as windsurfing and kitesurfing. These and other water sports generate a double frisson: There's the temperature of the water, which flows down the coast from Alaska, and additionally, from the knowledge that there's a great white breeding ground within hailing distance of the Bay at the Farallon Islands. Sharks can be seen and even fed (intentionally or inadvertently), as can sea lions, seals, and humpback whales on their annual migrations. On warmer nights, the sea lions that live at the Wharf bark madly, and their hoarse wails can be heard for miles.

For those who like to gamble, or party, Las Vegas is a short, 50-minute plane ride away. Also in close proximity are Los Angeles, San Diego, and Santa Barbara. The bottom line is that you can find almost anything the world has to offer close at hand.

San Francisco, and the Bay Area in general, has become a gastronomy center of worldwide importance. It was not always thus, but few would quibble with the fact that the last 20 years has seen a culinary renaissance on a scale similar to London's. Alice Waters (doyenne of Chez Panisse), arguably put the city on the culinary map, but many worthies have followed the trail she blazed and heeded her call for fresh, locally grown organic produce. These days, San Francisco is home to a dizzying array of restaurants offering some of the freshest seafood, the most colorful and dazzling vegetables, and the sanest beef. Many savvy shoppers head to Chinatown for the remarkably fresh and inexpensive produce and meats on offer. San Francisco's best restaurants include Ozumo, Chez Panisse in Berkeley, Foreign Cinema, Boboquivir, and what many consider to be the world's finest restaurant, Thomas Keller's French Laundry in Yountville.

Wine country, which is traditionally thought of as Napa and Sonoma, also includes a bevy of less-trodden areas up and down the coast. Literally hundreds of wineries offer the fruit of their vines, and some include an expanded line of Mediterranean produce, such as olive oil, peppers, and artisan cheeses. There is also, for those so inclined, the annual garlic festival in Gilroy and San Francisco's restaurant dedicated to garlic, The Stinking Rose. Both can be smelled for miles.

Besides the leisure options, professional opportunities abound because of the first-rate companies and law firms that call San Francisco home. Among other industries, there is the Bay Area's famous association with technology and all of the transactional and litigation work that that entails. What oil is to Saudi Arabia, intellectual property is to the Bay Area.

In addition to the famous mix of technology companies, from "upstart" Google to stately Intel, there is a less well known array of "creative," media-type clients, including Pixar; Francis Ford Coppola's Zoetrope; Industrial Light & Magic; and many, many more in all areas of endeavor.

Rocked by the business equivalent of the 1906 earthquake, the City by The Bay continues its recovery apace. Having rebuilt from previous disasters with grace and style, the early 2000 collapse will no doubt soon be in the rearview mirror.

Several local universities offer a dizzying array of courses even for busy professionals. The bottom line is that San Francisco offers unparalleled opportunities for personal and professional growth. 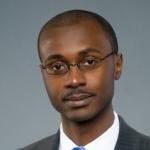