Living and Working in the Bay Area: We Have It All! | BCGSearch.com

Living and Working in the Bay Area: We Have It All!

What do you think about this article? Rate it using the stars above and let us know what you think in the comments below.
933 views

The Bay Area is a huge region anchored by the San Francisco, Oakland, and Silicon Valley metropolitan areas. It offers tremendous geographical, sociological, architectural, economic, cultural, and professional diversity. Many people here work in distinctive locations, such as downtown high rises, while living in vastly different locations, such as homes in the hills under the redwoods, trendy art enclaves on the bay, or beach communities less than an hour's commute away. In addition to enjoying a vast array of lifestyle choices in terms of work and home settings, we are within a half-day's drive of many incredible, world-class tourist destinations, including Yosemite, Squaw Valley, Carmel, and the Napa Valley wine region. You can truly have it all here. 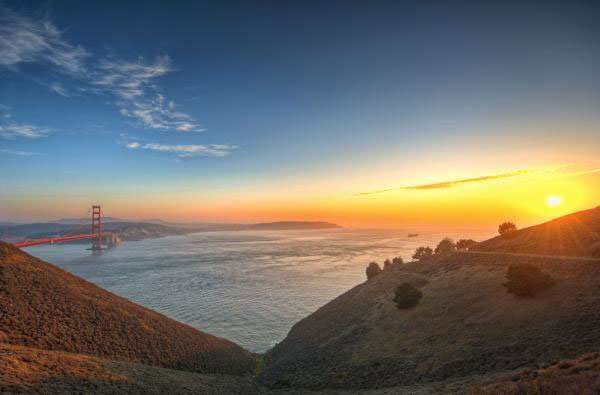 BCG Attorney Search's Palo Alto office is situated in the hometown of Stanford University and the heart of Silicon Valley. The Silicon Valley region includes the greater San Jose metropolitan area and the lower half of "the peninsula." The peninsula is a sixty-mile-long arm of land originating in South Jose and culminating in San Francisco at its northernmost tip and bordered by the San Francisco Bay on the east and the Pacific Ocean on the west. The Coast Mountains form the north-south spine of the peninsula. Most of the area's development is on the bay side of the mountains. Silicon Valley wasn't always Silicon Valley. I grew up in the Santa Clara Valley, its predecessor, a region of world-renowned orchards and lush truck farms. I knew more about prunes, apricots, and horses than I did about start-ups at the time. The valley was primarily agricultural and served as a playground and summer-home locale for wealthy San Francisco families. The area's hills and hidden glens are still dotted with amazing estates and mansions built in the first half of the 20th century.

We all know the story. Santa Clara Valley metamorphosed into Silicon Valley with the invention of "the chip." The economy boomed. Simultaneously, the agricultural land gave way to suburban development in response to a burgeoning demand for housing in the area. The rest is history. Now we can boast of a former winery atop a hill with an incredible view of the bay that serves as a magical venue for world-class performers. A former Greco-Italian estate belonging to a state politician hosts intimate performances, including incredible regional music festivals, and invites world-class artists-in-residence to create and teach. World-renowned universities, including Stanford and the University of California at Santa Cruz, attract amazingly fertile minds and provide every opportunity imaginable to expand one's intellect and pursue one's passions.


So where do the lawyers congregate in this region? Silicon Valley is home to scores of international, national, and regional law firms. The big-name firms tend to be located in Palo Alto, Menlo Park, Redwood City, Redwood Shores, Mountain View, Cupertino, and San Jose. San Jose, a long-established city with historic roots in the Spanish mission system, has developed into a vibrant urban center over the last 20 years. World-class venues for sporting events and entertainment draw people from all over the Bay Area. Neighboring Santana Row is a very hip model community featuring European planning that blends commercial and residential development. Cupertino is on the outskirts of San Jose and is a major location for companies in the high-tech industry, including Apple Computer. A few very high-quality "split-off" law firms have also put down roots here. Moving up the peninsula, Mountain View has become an attractive address for other intellectual property-oriented firms. It offers a great combination of easy access, convenient parking, a vibrant, interesting neighborhood with fantastic restaurants and shopping, and cutting-edge office architecture.

Further north, Palo Alto, Menlo Park, and Redwood City are the most common locations for big-name firms in Silicon Valley. Historically, the growth of the high-tech sector has centered on the Stanford office park, land surrounding the university that was designated as an incubator for new industry. The law firms that serviced these growing clients became neighbors, and Stanford University served as a central hub. The office buildings in this area tend to be no more than four to five stories high, although there are a few taller exceptions. The grounds are expansive and feature attractive landscaping and walking and eating areas, as well as convenient parking. Most offices are easily accessible via the major freeways. However, walking access to shopping and restaurants is the exception rather than the rule in many locations, except for in downtown Palo Alto. A newer, upscale "lawyer neighborhood" with very elegant high-rise office buildings and a Four Seasons hotel is now established in East Palo Alto. A number of firms have moved from older buildings to this expensive location. Redwood Shores is another more recent development of elegant modern office buildings on bay front property a few miles north of Palo Alto.

The lawyers working in Silicon Valley live all over the Bay Area. Upscale communities within 20 minutes of San Jose include Saratoga, Los Gatos, Cupertino, Almaden, and several unincorporated areas in the hills. The entire valley surrounding San Jose offers a plethora of attractive suburban choices for families seeking good schools, attractive housing, and safe neighborhoods. Many ocean lovers live "over the hill" in Santa Cruz or other beach communities and make the 30- to 45-minute commute into San Jose—or even commute into Palo Alto. A number of lawyers commute from the East Bay, where you can get better value for your housing dollar. The trade-off is that you'll have to deal with bridge traffic and East Bay freeways, which can back up. Many San Francisco city dwellers make the daily commute southward to work in Silicon Valley firms. The development of rapid transit into San Jose and the lower peninsula has lagged; the area lacks access to BART (Bay Area Rapid Transit). However, the Caltrain light rail system and sophisticated bus and vanpool systems have helped fill the gap. (And the city keeps promising us that BART is coming to San Jose at some point!) Attorneys working in Silicon Valley usually live no further north than San Francisco or Berkeley, no further south than Gilroy, no further east than the easternmost destinations of the BART system (which connect to other transit systems), and no further west than the shores of the Pacific Ocean...although a few attorneys have taken up residence on sailboats!

San Francisco is home to many law firms with more general scopes. The financial district, Market Street, the Ferry Building, and the trendy South of Market area are major law firm enclaves in "the city." (Please don't say "Frisco.") If you love the energy and the buzz of cutting-edge offerings in terms of food, entertainment, fashion, culture, architecture, and high-profile personalities, San Francisco has it all. Most of the major law firms are housed in modern high-rise buildings. If you work here, you and your colleagues will wrangle over who gets a view of the bridges and who gets a view of the city. You will be within walking distance of scores of interesting restaurants, sporting events, theatres, the symphony, the ballet, and the opera. For commuters, the challenges are traffic and parking. For those living in the East Bay area or on the peninsula, BART (Bay Area Rapid Transit) and Caltrain provide efficient alternatives that usually keep the commute under an hour. For those in the North Bay area who need to cross the Golden Gate Bridge, automobiles, carpools, vanpools, and buses are the usual modes of transit. "Lawyer's hours" may preclude some forms of shared transit. Some commuters find the ferry system on the bay to be a delightful solution if its schedule meshes with their work lives. The attorneys who live and work in the city usually rely on buses, streetcars, or cable cars, depending on the neighborhoods in which they live. Most attorneys who work in San Francisco live no further north than Marin County, no further south than San Jose, and no further east than the last stops on the BART system.

Oakland, San Francisco's urban counterpoint on the eastern side of the bay, is home to more regional and niche law firms. Offices tend to be located in high-rise buildings or more modest commercial buildings. Like every place in the Bay Area, Oakland and the East Bay offer tremendous diversity. Additionally, the benefits of easy access to the University of California at Berkeley and Boalt Law School cannot be overlooked. The Greek Theater, the Berkeley Repertory Theatre, and the East Bay Regional Park District are all world class. Housing choices in the more suburban East Bay areas and inland valley areas offer great variety, as well as the best values. Many attorneys enjoy living on Alameda Island, a historic community surrounded by water but minutes from Berkeley, Oakland, BART, and the Bay Bridge.

This quick overview describes just a fraction of what you can experience working and living in the Bay Area. Other local options include exploring Sausalito, a trendy, artsy bay-front boating community in the North Bay, living in a unique houseboat community, "going rural" in the open spaces south and east of the Bay Area, and choosing from among a variety of affordable, trendy, bay-side young-adult condo communities. Some brave commuters even combine home lives or work lives in Sacramento with home lives or work lives in the Bay Area. The region's sophisticated rail-commuter service has made this possible. With weather that has often been described as "perfect," it is no wonder that so many people set their sights on the Bay Area and all that it encompasses.

As someone who worked in the Silicon Valley office of a major international law firm, I can help you locate the perfect opportunity to develop your career. As a native of Saratoga and the Bay Area, I can help you locate the perfect niche for your lifestyle. And as an alumnus of the University of California at Davis who commuted to the University of California at Berkeley, I can help you appreciate the work/lifestyle possibilities that lie within the greater Northern California region. As Managing Director of BCG's Palo Alto office, I look forward to speaking with you.

"Some of my favorite things about working with BCG Attorney Search include Nadeen, the..." Read moreTimothy McKeever
University of North Carolina School of Law, Class Of 2015
Placed at DLA Piper.

"I just want to drop you a quick note and mention how pleased I am with both you and Paul in..." Read moreChris Marion
Washington University School of Law, Class of 2011