Joseph-Marie, Comte de Maistre was an aristocrat, philosopher, and diplomat, and a strident voice in the call to destroy the spirit of the French Revolution. In a word, he hoped to restore public faith in hereditary monarchy and an unchallenged, infallible Papacy. Needless to say, his views are not widely held in 21st-Century democracies. Nor should they be. An easy call, you may say. Yet, there is something insidious and pervasive about some of his views, and you may be surprised to find that some of them may be lingering in the back of your mind-and they have everything to do with your career. Wow! A link between career development and 18th-Century political philosophy-it must be a first! But read on. 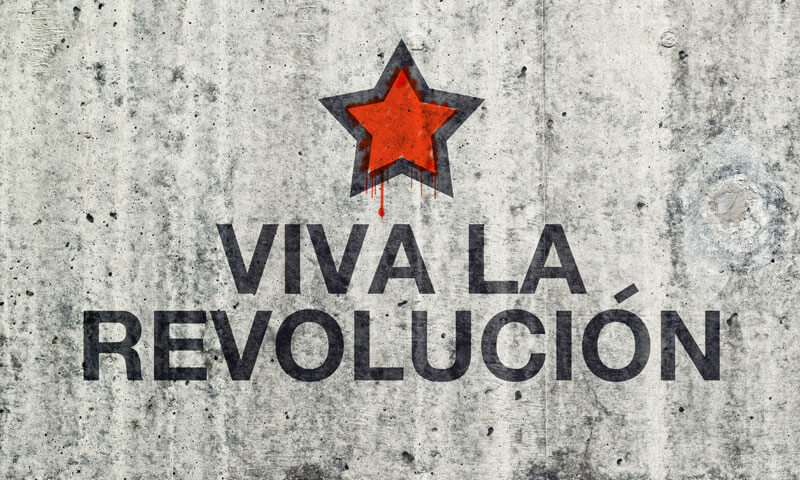 
Among other things, de Maistre had the audacity to propound what some of us believe on a gut level, but are not gauche enough to say out loud, namely, that the most important beliefs in life should not be looked at too closely; otherwise, they will fall apart under scrutiny and leave us worse off than if we had not looked at them in the first place. I know that this sounds like superstition (it is). More important, it is wrong. Most important, it is counterproductive.

In his Essay on the Generative Principle of Political Constitutions, de Maistre set forth his belief that a nation's constitution should never be written and that it could not be. Rather, he said, the constitution of a nation is the sum of the historical beliefs of a people. To write them down, he posited, would be to hold them up to scrutiny-and to their detriment. He believed that the guiding force of a society should never be reduced to a writing, because such a thing was impossible and too large for mere words-"a little bit of ink"-to contain. I am not quite sure what he thought should be in their stead; perhaps the question did not bother him, as most nations were in a pre-constitutional state anyway. I suppose the result would be a sort of Adam Smith "invisible hand" guiding a nation's laws through the interplay of tradition and the continuation of social privileges. Well, de Maistre's ideas didn't prevent nation after nation from doing just what he proposed and codifying (to one extent or another) their most basic laws into written constitutions.

De Maistre was correct in some respects, however. When basic, well-cherished, and perhaps not well-thought-out ideas and beliefs are held up to scrutiny, they may not stand the rigors of analysis. Further, some may be outmoded, unnecessary, and even dangerous. I hope that the answer to this is no great leap for the reader. Of course, to a modern mind, the answer is simple: Sit down and carefully update what those cherished beliefs and ideas are. In short: Get better ones!

The Professional Plan as a Tool for Understanding Our Beliefs

Do not be too smug. What makes sense on the grand political scale applies to smaller groups and individuals too. All of us have operating beliefs that to one extent or another need to be revisited. So do it.

As the context of this article is professional development, I will propose a narrow, practical tool for getting to the bottom of these ideas: the professional plan. If you hang around self-help seminars, read modern books on "getting ahead," or (gasp!) leave your radio tuned to AM self-help stations, you will have been exposed to a number of theories on how to create the perfect plan-and how to write it. Some of these are incredibly intricate. I recently returned from a seminar in San Diego, where one presenter distributed a plan diagram showing 11 categories ranging from such easy concepts like "goals," "strengths," and "weaknesses" to the more esoteric "principles," "values," "missions," and "potentialities." It seems that every new guru has his or her own particular spin on how each of these is to be defined and how they are to be arrived at.

Don't worry. I do not believe that this level of complexity is necessary or even beneficial. However, I do believe that each professional needs a tool for examining and carrying out his or her career success to date-and creating a plan for further success. If that is all you take with you from this article, it will be enough. I believe you should, however, develop your own tool for charting your career and plotting your success. I have my own simple recipe for the same.

Each plan should be as unique as the individual creating it. However, I believe there are some similarities. At its most basic level, a professional plan should incorporate the elements of goals, projects, and tasks. Many people, I surmise, would be happy to create some sort of professional plan, but have some trepidation in starting. If so, they may be under the delusion that a plan must be born wholly formed and then merely "scrivenered" out on paper. Far from it. Instead, the plan is a process by which the individual comes to understand what he or she wants and develops projects and tasks to work toward that understanding.

Some basic hints. First, begin writing before you have any idea what to say. I think beginning with a vision is nice. When I say "vision," what I really mean is your dream, a fantasy, if you will. You may have a very specific one (become the greatest trial lawyer of all time) or it may be more banal (become wealthy enough to retire in "x" years). Of course there are no "right" answers; the point is to uncover what you are already thinking-to bring your collection of unspoken motives out into the open to be admired or chucked. So, write down what it is that you really want out of life, your career, your family-anything. You can sort it all out later. If you are brave enough to indulge in this exercise, and revisit your notes periodically, they will begin to coalesce. Eventually, you may come down to one, three, or seven statements that concretely state what you hope to accomplish-and perhaps even why. These fantasies or visions about where you may want to "end up" can form the basis for more concrete professional goals. Or not.

Regardless, I believe that a very important component of the plan is to identify projects and tasks that you want to begin. By "projects" I mean collective tasks. By "tasks" I mean individual actions that are geared to bring the project to fruition. Basically, you should identify activities that you want to engage in and take the time to break them down into concrete steps. Alternatively, you may want to divide your projects/tasks into two types: for example, as "goals" and "disciplines." I like this designation because it helps me think in concrete terms. For example, as a recruiter, I have the "goal" of helping as many candidates as I reasonably can present themselves favorably to potential law firm employers. To get there, I need to write submission packages. Thus, one of my goals is to help candidates; my discipline associated with that goal is to write four submission packages a week.

Conclusion: No "Imposed" Plans-Yours Must
Be a Synthesis of Old Beliefs and New Ideas

You may have noticed that I am falling into the trap that I derided just a few paragraphs ago: I am slipping into using more and more vocabulary to describe what ought to be simple. But that is the point, really. If you begin the process of putting your dreams, goals, desires, worthy disciplines, etc., down on paper, you will develop your own categories, your own designations. The point is to engage in the process and see what happens. Be your own "professional plan" guru! However, if you feel daunted by that much freedom, I will indulge you and give you my own (current!) components for a dynamic professional plan: Visions (I have five of them), Goals (I currently have six), Disciplines (currently I have 16; some daily, some weekly, some monthly), and Quantifiables (I have four; one of these is to write a certain number of articles in a prescribed amount of time!).

I end this as I began. I propose that each of us has a number of beliefs and values that we act upon, many of which are not fully conscious or spoken. I do not believe, unlike our friend the Comte de Maistre, that we are better off not investigating them. Rather, we should uncover them, discover them, write them down. I will let you in on a little secret, however, and that is there is one thing that de Maistre and I are in agreement with. That is that we cannot impose a "constitution" on ourselves and hope to make it stick. We cannot sit down in 15 minutes and decide what we think we "ought" to be doing, format it, and call it a professional plan. Rather, we must, in order to really spur us on to long-term and effective action, understand what we have been "growing" organically all our lives. Then, and only then, can we confidently modify and turn ourselves toward greater satisfaction and success in our professional lives. Vive la revolucion!!!

How Important is it To Have Local Ties to an Area When You A .... 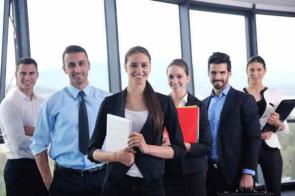