What do you think about this article? Rate it using the stars above and let us know what you think in the comments below.
38 views

Before becoming an attorney, Kimberley Chen Nobles worked as a research and design engineer for several years at Rockwell International, where she and her team supported the space station, space shuttle, and space-based interceptors. In addition, her engineering experience includes work in the areas of communications and antennae. Nobles said she worked at three different locations while with Rockwell: Anaheim, Seal Beach, and Downey. 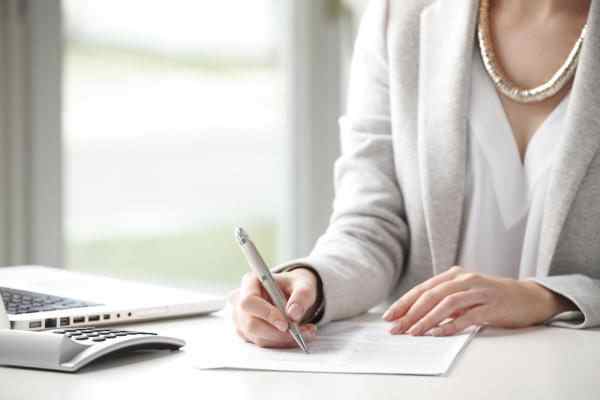 Nobles got interested in law when she was working on her doctorate in electrical engineering at the University of Southern California. While doing research, she met some intellectual property attorneys who piqued her interest in law. Also, halfway through her doctoral program, the professor advising her on her thesis drowned. Nobles said that her work was so specialized that she would almost have had to start her thesis all over again, as well as move out of state, and she was still working for Rockwell at the time. ''There are really three main places,'' she said. ''There's Michigan, Ohio, and Arizona that conduct this sort of research. Rockwell sort of sponsored my studies, and so I took a little time off and just started looking around to see if there were any complementary areas that I could work in. So it just fell into place.''

Nobles enrolled at the University of Southern California Law School in 1989 and earned her law degree in 1992. She practiced intellectual property (IP) law at a few different law firms before joining Crowell & Moring's Irvine office in 2004.

At Crowell, Nobles' practice covers a variety of business transactions, as well as the protection and management of intellectual property, including patents, trademarks, copyrights, trade secrets, and related litigation.

Nobles discussed what she does on a daily basis in her practice:

''Well, every day I do a lot of different things, from procuring patent trademarks to licensing to helping others with their investments to doing due diligence to preparing for litigation - preparing both to either defend or to file lawsuits - and then we litigate in multiple jurisdictions,'' she said. ''And we go all the way to international arbitration. And the common thread going through is technology; it's IP-driven. Every day something different happens, so you don't solely spend your time on just one thing. In what I do, every day there's something new.''

Some of Nobles' clients include Grantedabyte Technology, Jazz Semiconductor, and Sony Electronics.

One of the cases that Nobles and her colleagues are currently working on is an international arbitration involving a large petrol chemical company.

Nobles, who is fluent in Mandarin, Cantonese, and Taiwanese, said she has a lot of clients from Asia and that her ability to break through the language barriers has been very beneficial in working with them.

''I think what they're comfortable with is the fact that they can find an IP lawyer with a technical background who understands them culturally and linguistically,'' she said. ''I think the language part is really cultural because the thought process is a little different. The way they do business is a little different, so I think they are more comfortable when they speak to you. They feel that you understand them. Not so much from a linguistic standpoint really; it's more cultural.''

Nobles said she studied engineering because she has been fascinated with sciences and math from the time she was seven years old.

''It's just curiosity and a joy in learning and discovering about things that work around us,'' she said. 'Engineering is like a puzzle. You've just got to put it together. And sometimes you can be very creative with it because you have all these little pieces that you can build with.''

Nobles discussed the differences between law and engineering:

''In engineering, you're always looking for a precise answer,'' she said. ''In law, you don't have a precise answer. Sometimes you just give arguments that you have to make, and you analyze all the issues; and there are many different issues that could come at you, and any one of them can suddenly become very important. And in engineering, it's a little different. You design things. You come up with a structure, and then you need to be very precise in obtaining your answers. The tolerance is not very wide. In law, the tolerance is huge; the variance is big.''

Nobles said that her technical background has been beneficial in her IP practice at Crowell & Moring.

''The training was very valuable,'' she said. ''Because I think that the training that engineering gave in analysis gave me a very strong foundation. And it depends on what you do sometimes. Sometimes it helps, and sometimes it doesn't make that much difference. If you are writing applications or discussing a technology or doing due diligence, you sort of need to know. It helps you get up to speed faster.''

She said one of the things she likes most about working at Crowell & Moring is that ''it's a very community-based, collegial law firm.'' She added that she likes the fact that the firm is committed to doing pro bono work.

''We have one partner here who's devoted solely to pro bono work,'' she said. ''What I really like about this place, besides the fact that I have a lot of friends here, is that it's [...] committed to giving things back to the community.''

Nobles said her practice requires her to do a lot of traveling, particularly to Asia. She said that over the past year she averaged one trip per month to China. One month she traveled to Asia twice.

''And there was one month where I traveled to Asia one week and [to] Europe another week,'' she said. ''I think I did that for about three months. And a lot of little trips in between.''

She said that working with clients in China has been one of the highlights of her legal career.

''I like helping people with a different cultural background,'' Nobles said. ''It's the same as mine, but I kind of sit in the middle of two worlds. And that makes it a little easier to bridge the two cultures. I enjoy that tremendously.''

Nobles said many of her colleagues at Crowell & Moring have had significant influences on her as an attorney.

''I've had very good mentors,'' she said. ''And I learn from everyone that I come across because I feel that everyone that you meet has something to contribute. We have very good leaders here who have not just taught me about deal-making and litigation but also management of cases and management of your team, which I think is very important, because you're only as good as your team.''

Nobles points to Crowell & Moring Chairman Kent Gardiner as an example of the firm's strong leadership.

''He's an inspiring man,'' she said. ''Young, sharp mind, very dedicated, and, yet, I think he keeps the firm very collegial. It all comes from the top, you know.''

''Technology moves at a faster pace [than law],'' she said. 'So the changes in technology are faster, and when technology changes, sometimes existing law does not provide for some of the remedies. For example, when we started to do business on the Internet, it was a completely different system. And so that happened way before the law was changed to accommodate those changes. So that's one aspect. The other aspect is that we're no longer just the U.S. It's now globalized, and, in view of that, we have to think about how we do business as lawyers.''

Nobles said what she enjoys most about practicing IP law is that much of it is similar to engineering, in that you take something apart and put it back together again.

''There's a lot of creativity in that,'' she said. ''It's a lot of fun, especially with an overlay of science. And you're always learning something new.''

In her free time, Nobles said she likes to spend time camping and hiking with her two sons, aged 14 and 16, who are both Boy Scouts. She said one is an Eagle Scout, and the other has recently finished his Eagle project and is set to go before the Eagle Board of Review.

Nobles also really enjoys traveling and seeing the rest of the world. ''[Y]ou get to meet people, and you find out what they do, and you learn from them,'' she said.

''Try a little bit of everything, get a sense, you know?'' she said. ''And sometimes you hit it and say, 'Okay, this feels right,' and you continue in that. I found [that] in the beginning you gather data, gather information, and then you slowly develop a liking or perhaps an inclination towards something. You just need to find a department and start learning, get experience. I think even before you start working, and I know it's not always possible, you just need to find out as much as you can; talk to people, read. There's no substitute for experience. But the first two years will give you an idea of what it's like out there.''

"I liked the recruiters that I worked with at BCG, they were very responsive. They did what it took to get me a..." Read more

"Some of my favorite things about working with BCG Attorney Search include Nadeen, the..." Read moreTimothy McKeever
University of North Carolina School of Law, Class Of 2015
Placed at DLA Piper.