But, as it turned out, the firm wasn't looking for an expert in intellectual property law; it was looking for someone who knew their way around a courtroom and had the ability to connect with a judge and jury. And those were qualities that Clark possessed in abundance. He had spent four years as a federal prosecutor for the state of Missouri and worked at two different St. Louis law firms where he handled complex federal litigation matters for a number of years.

It didn't take long for Clark to pick up on intellectual property law. He now has a thriving IP practice at Senniger and has represented high-profile entertainment clients such as Paramount Pictures Group, Metro-Goldwyn-Mayer Pictures, Inc., Warner Brothers Entertainment, Inc., and the Motion Picture Association of America. And once, he even represented the Grateful Dead and helped the band obtain ex parte orders that led to the seizure of counterfeit Dead goods at a concert in St. Louis in 1995.

"I do a lot of work for American Express and Maritz, which are large players in the incentive and loyalty card market," Clark said.

He added that all the incentive and loyalty matters are patent infringement litigation.

"Either we are suing on patents we own or we are being sued on patents other people own," he explained. "There are hundreds and hundreds of millions of dollars issued on these cards annually. Even though when you hear the topic, it seems a little dry, but once you get into it, you realize there can be a lot of money at stake."

He said most of the work he does for his entertainment clients involves copyright infringement litigation.

Clark discussed what he enjoyed most about his job:

"I would say knowing that I am challenging myself every day in an area of litigation that is by far the most difficult of any litigation I've ever handled—criminal, civil, you name it," he said. "Patent infringement is a real mind-melter, and to know that you're doing really difficult stuff, most of it big-ticket in terms of the dollars involved, you definitely know that you are maxing yourself out in terms of the challenges that you're subjecting yourself to…. It just kind of keeps you sharp."

Clark majored in Political Science as an undergrad at Duke University and graduated with honors in 1976. After graduation, he took a year off to travel to Europe. Clark, who played sports all through high school and college, was offered a chance to play professional basketball in England and also had the opportunity to work as a correspondent/reporter for United Press International in Paris. In addition, he had some interest in going to law school.

"I had to decide, do I want to continue the life of Riley, hanging out and playing hoops in some European city, or do I want to get down to it?" he said. "And I applied to a bunch of law schools, and I decided that if I got accepted by the University of Virginia, that was an opportunity that I couldn't pass up; that would be the tie-breaker. And if not, I don't know what I would have done, to be honest."

The University of Virginia School of Law accepted Clark, and he started his first year in 1977 and graduated in 1980.

After working at Guilfoil Symington for four years, Clark served as Assistant United States Attorney for the Eastern District of Missouri, where he prosecuted federal criminal cases for the United States Government. He remained there for four years.

In 1988, Clark joined St. Louis-based firm Gallop, Johnson & Neuman where he was a partner. There, he principally handled federal commercial litigation and white-collar criminal work. He joined Senniger Powers as a partner in 1991.

Clark said one of the highlights of his professional career was when he prosecuted a big bank fraud case back when he was Assistant United States attorney. He said that he and his colleagues were on the front page of the paper for a month during the trial.

"That was a special form of adrenaline, you know, to be operating in the public eye like that," he said.

Clark got convictions on all counts for the head of the bank and said that was a "great win."

He said other highlights include having a chance to argue cases before the courts of appeals in criminal cases.

"That's very uplifting," Clark said. "You feel kind of like this why I went to law school if you're standing in an appellate court delivering an argument. That's special. Another highlight is having a chance to work with a client who's got a goal at the start of the representation; and then after two or three or four years, you've met your objective, either obtaining money or defending against somebody else's claim, and it's successful. That feeling of friendship and affinity that you have with the client who appreciates your help, that's probably the single best thing."

Clark discussed some of the most difficult challenges of his work:

"I would say just getting your arms around what is new and different about a given invention compared to what you might have done before," he said. "We're constantly analyzing, 'Is an invention new? What part of it is novel? What part of it is different?' And that means you have to study both the patent you're looking at now and the patents and other technology that's existed in the past. Because you can only get patents on subject matter that's new and not obvious. And so studying and just getting a feel for the essence of an invention in light of all that's gone before can be really challenging."

Clark said for many years he was a member of the University of Virginia Trial Advocacy Institute where he taught law students and practicing attorneys trial techniques. And he was recently a lecturer and demonstrator in the trial advocacy program put on by the University of Missouri. He said he gets great satisfaction out of teaching.

"It makes me feel younger and more energized," Clark said. "It makes me feel like if I can help pass some of the secrets of effective advocacy to younger people, then maybe those secrets will live on after I'm gone."

He had the following advice for young lawyers:

"You know, I tend to trust the worriers," he said. "I tend to trust if you think you're worrying too much about a given case or issue, you're not. The people who get in trouble are the ones who are always super sure of the answers, always smiling, confident, relaxed. Prepare to fret if you wanna be a good lawyer, but don't worry about it when you do, because that's where you should be. Get used to waking up at three in the morning and thinking about something that bubbles up to the surface while you were sleeping. Look forward to an extremely challenging, sometimes exhausting, but ultimately rewarding profession where you get out of it about as much as you put in."

Clark said one of his biggest influences is Senniger Powers partner David Harlan, with whom he has worked in three different offices.

"He is a very wise man," Clark said. "He's probably, in a lot of ways, my hero in the law. I mean, he has obtained some of the biggest verdicts in the history of this district, and I've learned so much from him. I also look up to my father-in-law, Judge George Gunn, who is now deceased. But he was a gentle, wonderful man and a great judge."

Clark was born in St. Louis Missouri but said he moved around a lot while growing up because his father was a journalist for TIME magazine.

He and his wife, Becky, have been married for almost 23 years and have four children: Bennett (21), Libby (19), Jessie (17), and Maggie (15). Clark said that his family is one of his biggest sources of inspiration.

"Truthfully, what makes me tick is I draw inspiration from my kids and my wife, who's a great mom," he said. "My daughter Libby is a special-needs child [she suffers from Asperger Syndrome] and having watched her overcome so much to become a high school graduate, and I'm just so proud of her. My son Bennett is a junior swimmer at the University of Missouri, a school record holder and Olympic Trials qualifier. Jessie is a national-level swimmer who will be attending the University of Arkansas in the fall, attending the Fulbright Honors College there, and swimming for the Lady Razorbacks. Maggie is also a national-level swimmer, who is beginning to entertain approaches being made to her by colleges…. There are a lot of days when I am half inclined to be a slug by nature, but when I see what they're doing, it makes me proud and keeps me stepping lively. I don't have to go any further than my home to see people that I can draw motivation from."

Please see this article to find out if litigation is right for you: Why Most Attorneys Have No Business Being Litigators: Fifteen Reasons Why You Should Not Be a Litigator

Clark said one of his hobbies is watching his kids compete in swim competitions, where he also serves as an announcer. He said he also enjoys playing his guitar in the quiet of his basement and imagining he's either John Lennon or Neil Young. 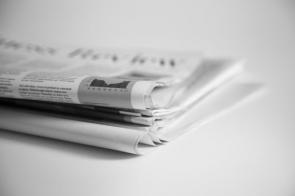 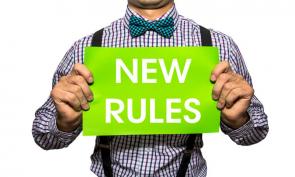