Ambivalence at the Top: What the New York Senate Race Teaches Us About the Lateral Process | BCGSearch.com

Ambivalence at the Top: What the New York Senate Race Teaches Us About the Lateral Process

What do you think about this article? Rate it using the stars above and let us know what you think in the comments below.
63 views

I heard somewhere that it takes more energy for a boxer to throw a punch that misses its mark than to land a punch. That fact (I'm not sure whether it's true) always stuck with me. If you are going to make the attempt to win a fight-flailing around is far more of an energy suck than hitting your mark. A good boxer commits to hitting the mark.

Earlier this year, New York's Governor Patterson was anticipating his appointment to fill the junior Senate seat that would be left open when Hillary Clinton moved into President Obama's cabinet. It was great fodder for gossip and speculation here locally in New York, especially when Caroline Kennedy went public that she wanted the seat. Caroline Kennedy was famously interviewed with ''you know'' riddling her answers to questions. She refused to make her financial records public, pledging to provide them only if she was the appointee. It was a rocky road with a great deal of public scrutiny. 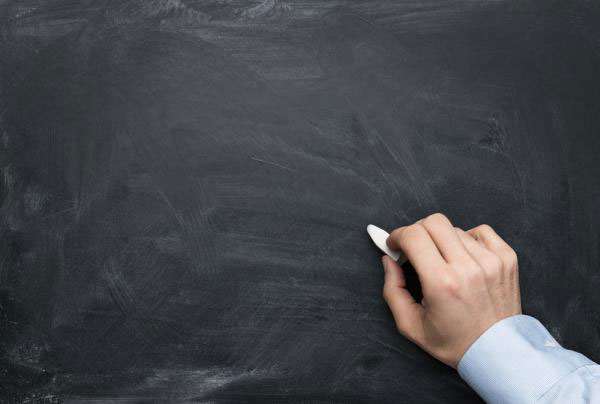 The week of Barack Obama's inauguration, amid a great deal of speculation and rumor about what would happen with the Senate seat, Caroline Kennedy withdrew her name from consideration. There was a great deal of buzz. Did she find out that she wasn't going to get the seat, and withdrew? There were reports from Governor Patterson's camp that she wasn't his choice regardless of whether she was still a candidate. The cocktail party debate raged: are you Team Patterson or Team Kennedy? Of course, the truth is likely buried somewhere deep behind all the off-the-record statements and whispers from one camp or the other. What I haven't heard anyone say is ''Hey, too bad that didn't work out. Everybody seemed to handle themselves so professionally.'' At the end of the day, neither Governor Patterson nor Caroline Kennedy could declare a public relations victory.

I read with interest two articles written on the heels of the appointment (ultimately to Kirsten Gillibrand, a democratic congresswoman from upstate New York). They profile Caroline Kennedy and her bid for the Senate seat. An article written by Larissa MacFarquhar for the New Yorker on February 2, 2009, (''Ms. Kennedy Regrets: She's unable to be in the Senate today.'') paints the picture of someone who was not prepared for the rigors of going into such a high-profile position, and someone who may have even been relieved to get out from under the glare of so much public scrutiny.
New York Magazine also covered the withdrawn Senate bid on February 2, 2009, in an article by Chris Smith (''The Zany Adventures of (Senator) Caroline Kennedy''). This more in-depth piece details a great deal of Caroline Kennedy's professional background leading up to her bid for the Senate seat. One of the more private of the Kennedy clan, one conclusion that can be drawn from the article is that Ms. Kennedy was ambivalent about her future in the Senate. The article supports the idea that Caroline Kennedy's uncertainty about being a Senator was what led to the fact that she didn't get the Senate seat.

I want to focus on what that word: ambivalence. One can make the argument that having recently campaigned on behalf of Barack Obama, and by virtue of being a Kennedy, Caroline Kennedy would have had a great deal of political capital in Washington, DC to spend on New York's behalf. Assuming that Caroline Kennedy could have been a great choice for the New York Senate seat, and knowing that she volunteered her own name for consideration, why the ambivalence? And more to the point, if you are going to try to secure a seat in the Senate, why go through the process if you are anything other than fully committed?

It got me thinking about the word ambivalence. Merriam-Webster defines ambivalence as ''simultaneous and contradictory attitudes or feelings,'' ''a continual fluctuation,'' or an ''uncertainty as to which approach to follow.'' While only Caroline Kennedy can tell us whether she offered her candidacy for the New York Senate with mixed feelings, I agree with the New York Magazine author. Her actions certainly read as ambivalence. It begs the question: had she pursued her candidacy with more apparent commitment, would we have another Senator Kennedy in Washington, DC right now?

I believe we very well would. I also see ambivalence at the highest levels of my practice. Like in the New York Senate race, as one wouldn't imagine that the highest echelon of professional would present him or herself with anything other than commitment and drive. However, and for a number of reasons, I believe that even the most high-profile lawyer can fall into traps that show this professional ambivalence. More to the point: No matter how big of a name and resume you may have, failing to commit yourself to the recruitment and hiring process is sometimes enough to sour the new opportunity. Ambivalence can undercut even the most desirable candidate.

There are three ways I see partners at law firms sabotage their opportunities to move to a better platform for them and for their clients. Those are diligence, availability, and preparation.

Diligence: Although there is no uniform way in which a law firm and a candidate partner or practice group exchange diligence on clients and lines of business, it is a necessary part of the process. I encourage my partner and practice group candidates to prepare as much as possible as early as possible in the process. When I get no resistance to this idea, the process almost always flows easily. Lawyers who don't want to reveal this information, or who want to disclose it only in complicated stages, run the risk of looking like game players. Every single firm I've ever worked with is willing to put the appropriate confidentiality measures in place to protect client names and the like.

It reminded me of Caroline Kennedy's refusal to disclose her financial records. In some sense, I don't blame her, but it did seem to reveal a certain lack of commitment. Her decision to put that material together only in the event she was chosen for the position, in my opinion, showed only a qualified interest in the position. I would have preferred for her to provide as much information to Governor Patterson as the other candidates for the position. Because she did something less, she revealed ambivalence.

Taking aside confidentiality (which can always be maintained, in my experience) there are two reasons why a lawyer or practice group doesn't want to get the diligence materials together that are necessary for the lateral process. One is time. The second is the fear that the diligence itself will not be received well. As for the time issue, that's a commitment issue, in my opinion. I have seen a parent of three who traveled three days out of the week get their diligence material together in a day. It's hard to tell people that it doesn't matter how busy they are-they just need to get to work on it. But, the truth is, your competition is providing that information quickly and completely. Making the time to do it may not be easy, but it is important to showing a firm that you are committed.

Fearing that information is ''bad'' information is also a reason to get the material together sooner rather than later. If you are worried about any piece of your diligence materials, hiding or obscuring it until later will only highlight it further. Again, it's a matter of putting everything out there to find the right home. A ''deal-breaker'' in your diligence materials is fine-it only serves to refine what firms will and what won't work for you.

Availability is the second issue. While the overall commitment to interviewing process can be incredibly demanding in the short term, it is a relatively brief process in the larger picture. This is another area where it is difficult for me to say ''make it work,'' but those candidates who are flexible and make themselves available have a much smoother process, generally speaking. When a candidate is simply unavailable for weeks or months on end, the question that I get is ''are they really interested?'' Sometimes the question isn't even asked. ''They must not be interested.'' Thus, there is another link here: a lack of availability shows ambivalence, regardless of whether the candidate is ambivalent.

Schedules can almost always be worked out. No one in their right mind would counsel a partner to miss an important client meeting for an interview. Keep in mind as you juggle your calendar, that law firms will not be indefinitely holding a spot. Other candidates are being interviewed while they wait, and you've lost control over what decisions the firm makes in the interim.

Preparation is the other potential pitfall. Interview preparation isn't interview preparation in the way most lawyers might think about it, but being prepared and being focused is important. You have to be prepared to talk with specificity about what your clients' needs are, what areas of expertise you can capitalize on, and what elements are necessary for a new platform. Caroline Kennedy is an accomplished speaker but failed to deliver in an interview setting. A problem that could have been easily corrected, the New York Magazine suggests, with some preparation. No matter how polished we are, waltzing into a meeting or interview is likely not to cut it. As Caroline Kennedy's experience teaches us, even the most impressive of candidates will seriously compromise their effectiveness by being too casual.

Why does it matter? No matter how strong the candidate or group, when signs of ambivalence creep in, the lateral process can stall, or fail altogether. There is a tendency for high-level candidates to assume that their credentials are enough to overcome any speed bumps in the road to taking a new position, but that may not be true. An otherwise perfect match may end in discord simply because one party believed the other was ambivalent about the next steps-perception can be that powerful. Projecting commitment (as simple as that can be) makes all the difference.

"I liked the amount of opportunities that were available, the responsiveness of the person I..." Read more

"BCG is a very streamlined process. It was very easy. I appreciated having a consolidated..." Read more

"My recruiter recently worked with me when I decided to change firms, and was a terrific..." Read moreAlexandra Hoffman
University of San Francisco School of Law, Class Of 2013
Placed at King & Spalding LLP.
Los Angeles, CA

"[My favorite thing about working with BCG] was that it was very little work for me to do..." Read more

"I would say Becca's responsiveness and thoroughness with explanations providing as much..." Read more