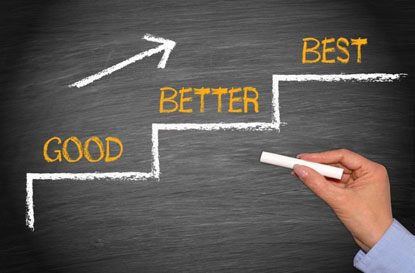 Statistically speaking, Fortune's "100 Best Companies to Work For" list 2014 shows a 20% increase in the presence of law firms. However numerically, there were five law firms included in the 2013 list, and this year there are six law firms. While it may not sound all that great, one thing is clear - in their rush to adopt corporate practices, a greater number of law firms have become intent on changing their workplace environments and cultures for the better. This certainly is good news for overworked lawyers bullied by the billable hour.

So, which are the law firm workplace stars that have made it to Fortune's list? Moving down from the top, it is Baker Donelson at 31st position, Alston & Bird at the 40th, Perkins Coie ranked at 41, Bingham McCutchen ranked at 60, Arnold & Porter ranked 81, and surprise of surprise - Cooley managed to edge in and land the 100th spot. Cheers!

However, it hasn't been all uphill for all of the law firms who made it to Fortune's 2014 list. At least three law firms that were present on the list in 2013 significantly lost their rankings and dropped from their positions. This may be due to other companies inching up with better approaches, or due to their inability to maintain previous standards. Alston & Bird slipped from the 23rd position to the 40th, Perkins Coie came down from 33 to 41, and Arnold & Porter slid down from 62 to the 81st position on the list.

One of the things to cheer for is the fact that even though only six law firms made it to the list of 100 Best Companies to Work For, four out of the six were within the list of top 10 paying companies. So even though our representation in the list for best work environments may only be 6%, law firms do represent 40% of the top paying workplaces. That's something to consider.

Significantly, layoffs did not have a uniform impact on the fortunes of law firms when it came to their workplace environment. While Alston & Bird shed 19 jobs since 2013 and it might seem that its drop in ranking from 23 to 40 may be somewhat due to layoffs, on the other hand Bingham shed 72 jobs since 2013, but its rank went up to 60 from 82.

Fortune's "100 Best Companies to Work For" list 2014 shows a 20% increase in the presence of law firms. While only 5 law firms were included in 2013, this year's list has six law firms being added and a noteworthy fact is that four out of six law firms were within the list of top 10 paying companies. Cooley was a new entrant to the list positioned at the 100 spot.