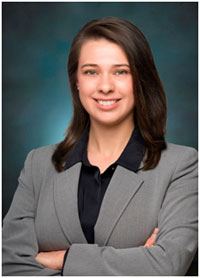 Katsnelson was a patent agent for the firm before earning her J.D. from Loyola Law School. She also has a bachelor’s degree from the University of California, Los Angeles in chemistry. She also worked as in-house counsel for a biotechnology company in the southern California area.

The current firm is the product of a 2013 merger between Lewis & Roca, located in the Southwest and Rothgerber Johnson & Lyons, a Rocky Mountain centralized firm. The firm now has around 300 attorneys serving their clients from their ten offices.

The Silicon Valley office is the latest office to receive new additions to their team. IP Litigators Stuart Bartow and Terry Ahearn joined the firm in May, adding strength to the Intellectual Property group.

I found my recruiter (Romina) very personable and easy to talk to, and I thought she gave very good advice in terms of n....Read more >