Just two weeks following a fire that damaged the downtown Los Angeles office of Lewis Brisbois Bisgaard & Smith, the firm will move to the U.S. Bank Tower at 633 W. Fifth St., according to The Los Angeles Business Journal. 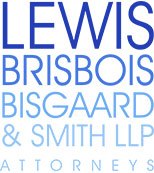 The firm is the largest in the city with 275 attorneys. It signed a short-term lease last week for 215,000 square feet at the tower.

A fire declared as arson forced the firm to move from its office, which is located near the Da Vinci apartment project under construction by Geoffrey Palmer. Lewis Brisbois' damaged office was located in a building at 221 N. Figueroa St. The fire spread to their building.

The terms of the lease were not disclosed and city officials did not comment on the move for the firm.

The firm has already begun to move, according to a statement posted to their website.

"We are glad to report that our Los Angeles office has begun a relocation to the U.S. Bank Tower located at 633 W. Fifth St., which will be completed very soon," the statement read. "In the meantime, we continue to be fully operational with all legal personnel currently working from our other Southern California offices, from home or from temporary locations with 24/7 connectivity."