Four attorneys were added to the roster of the corporate, banking and business practice group at Fulbright & Jaworski in Dallas last week. The group includes three partners, Thomas Hughes, D. Forrest Brumbaugh and James Griffin, and one associate, all from the Dallas office of Winstead Sechrest & Minick. Hughes has also been named as the head of the corporate practice group in Dallas. The four specialize in mergers and acquisitions, public and private financings, corporate recapitalizations and corporate governance. Firm Press Release, 6/1/04 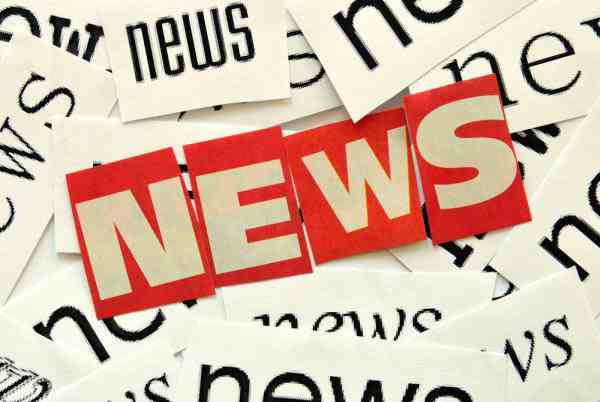 , a 250-attorney Philadelphia-based firm gained a leading labor relations attorney this week when Stephen Cabot joined, along with four of his associates. Cabot, who will join as co-chair of Saul Ewing's labor, employment and employee benefits practice group, comes to the firm from Harvey, Pennington, Cabot, Griffith & Renneisen, Ltd. , where he was a name partner. In addition to having built up a successful labor and employment practice, Cabot has also written several notable books on the subject. Firm Press Release, 5/28/04

Practice head at Orrick leaves for MoFo
The head of Orrick, Herrington & Sutcliffe's antitrust group left his firm to join Morrison & Foerster last week as a partner. Jesse Markham will join MoFo's litigation practice, bringing a client roster that includes primarily technology companies with him. Markham formerly served as Deputy Attorney General in the antitrust division in both Massachusetts and California. MoFo's litigation chair heralded the hire as one that would boost the firm's antitrust practice, which is a key aspect of its litigation department. Firm Press Release, 6/2/04

Skadden grabs three high profile IP attorneys from Cooley
It was reported last week that the chair of Cooley Godward's intellectual property practice, along with two other partners, defected to Skadden, Arps, Slate, Meagher & Flom. The switch provides Skadden with a boost in two offices, as Chuck Ebertin and Jeffrey Randall, the IP chair, will move to the firm's Palo Alto office and Allan Soobert will join the Washington, D.C. office. A date has not been set as to when the transition will take place. The Recorder, 6/2/04

Merger talks between DLA and Piper slow down
British legal publication Legal Week reported last week that discussions between US-based Piper Rudnick and UK firm DLA have slowed down, erasing hopes for a quick merger. The high-profile firms are still very interested in merging, but the process is being slowed by due diligence issues that arise with firms as large as the ones in question. The firms, which once hoped to have secured a deal by the New Year, may not vote until then. Legal Week, 6/3/04

Wilmer Cutler and Hale and Dorr complete merger
Two major firms, Hale and Dorr LLP and Wilmer Cutler Pickering LLP, became one last Monday after they finalized the merger process by combining practices. The decision to merge the two firms' more than 1,000 attorneys was made last month and garnered much press in the legal industry. Twelve offices, at home and abroad, make up the firm's expanded network, with the Boston and Washington, D.C. offices, Hale and Dorr's and Wilmer Cutler's former headquarters, respectively, serving as duel head offices. The firm is also awaiting approval to open a representative office in Beijing. The new firm is called Wilmer Cutler Pickering Hale and Dorr. Firm Press Release, 6/1/04

One in, one out for Morgan Lewis
Though Jones Day

may have taken a litigation partner from Morgan, Lewis & Bockius' ranks, the latter firm's net loss is zero after adding a partner of its own. Roderick McLeod, a former partner at Brobeck, Phleger & Harrison who joined Morgan Lewis after that firm went under, has left Morgan Lewis to practice commercial litigation, IP litigation and international arbitration at Jones Day. The hire is another step in building a prominent West Coast practice for Jones Day, which now has 30 attorneys in its San Francisco office and 216 attorneys in California. Morgan Lewis picked up an attorney after Mark Haskell agreed to join the firm's Washington D.C. energy practice. Haskell formerly worked at Brunenkant & Haskell, and energy boutique where he served as co-managing partner. This is the second prominent addition Morgan Lewis has made to its energy practice recently, having hired Edward Zaelke away from Arnold & Porter last month. Jones Day Press Release, 6/2/04, Morgan Lewis & Bockius Press Release, 6/4/04

"My recruiter in Los Angeles was absolutely wonderful. I had a difficult time finding a job..." Read moreMarina Andrews
Fordham University School of Law, Class of 2010

"I found my recruiter (Romina) very personable and easy to talk to, and I thought she gave..." Read more

"Karen was incredibly thorough, number 1, and very responsive to my needs. She really found some excellent firms..." Read more

"I love that I had to put in little to no effort to get this job, to be honest with you..." Read more