Harvard Law School and University of California at Berkeley alumna Romina Lucia Filippou is a recruiter for BCG’s West Coast Region. She draws upon connections from both schools, as well as contacts cultivated from working at a major law firm, to place associates, counsels and partners in firms in California and throughout the West Coast.

A native of the San Francisco Bay Area, Ms. Filippou grew up in a family that valued academic excellence and diverse cultures. Her father—now a professor of structural engineering at Berkeley—is from Greece, her mother is from Argentina, and the couple met while graduate students at Berkeley’s International House. Along with Ms. Filippou’s sister (who pursued a medical degree), the family made annual trips to Greece and numerous visits to South America. Ms. Filippou still loves to travel and is fluent in Spanish and Italian, and proficient in French.

Ms. Filippou went to college at Berkeley, where she graduated summa cum laude and Phi Beta Kappa with a double major in Italian Studies and Legal Studies. She served as co-editor of two undergraduate legal journals, co-president of the Berkeley Legal Studies Association, vice chair of Phi Alpha Delta’s Legal Affairs Committee, and a volunteer translator for a non-profit immigration organization called East Bay Sanctuary. During the summers, she clerked for the San Francisco office of Lewis Brisbois and attended a French language immersion program in Montpellier, France. She spent one semester studying at the University of Bologna in Italy.

She eventually landed at Harvard Law School—after drafting a human rights report as an intern for the U.S. Embassy in Madrid and translating documents as a legal assistant for an Italian law firm in Rome. At Harvard, she served as editor of the Harvard Latino Law Review and sub-citer of the Harvard International Law Journal. She was an HLS senator for the Harvard Graduate Student Government and a member of La Alianza and the American Constitution Society. A classically trained pianist and singer, she also performed with the HLS Chamber Music Society and was a cast member of the school’s Parody Musical. She continues to be passionate about music, especially Broadway musicals like Phantom of the Opera (the first musical she saw performed), Hello, Dolly!, and White Christmas; jazz musicians like Irving Berlin, Cole Porter, and Ella Fitzgerald; and Brazilian Bossa Nova music.

After law school, Ms. Filippou joined Foley & Lardner’s Boston office, where she worked on M&A deals and startup transactions. She also served as a diversity ambassador, which was one of her favorite activities at the firm. She left Foley to take a position as a J.D. Admissions Interviewer for Harvard Law School, but then—realizing how much she enjoyed mentoring, interviewing, and connecting with other attorneys and colleagues—she decided to transition to legal recruiting. Her interpersonal skills, combined with her background in law and vast network of contacts, make her a natural in the profession.

Ms. Filippou is married to a native of Barcelona, Spain, who works as a deep space network telecommunications engineer at NASA’s Jet Propulsion Laboratory. They met while she was a Harvard 2L and he was a doctoral candidate in aerospace engineering at MIT. In the couple’s free time, they enjoy hiking, attending musicals, and visiting jazz bars and other venues in Los Angeles’ thriving live music scene.

“If Romina is representing me, she is going to do whatever she can to get me a job. I can trust her to send me to lots of firms and take risks because she is not afraid of rejection. She will not throw me away; she is approachable and has a good personality, she is smart, and her ego does not get in the way of her interactions with firms or me. Her communication is excellent — she’s upbeat, contacts and speaks with as many people as she can, she funny, she’s interested in people, and she works very hard and tries to stay positive and upbeat. I can trust her because she’s committed to the legal recruiting profession, she gets along well with her peers, and she does all her writing assignments. She’s also crafty and creative with how she gets information and uses it.”

My favorite thing about working with Romina was her quick response time. Romina was great!

Romina reached out to me on a cold email and I looked her up and we had similar backgrounds so I called her and she made the process really simple. She had me send her my resume, transcript and a writ...Read More

Romina was always available and always enthusiastic (though realistic) about my opportunities. Romina seemed committed to getting me a job somewhere that made sense for me. I didn't have to do the sea...Read More

I have worked with her 3 times and it has been a great experience each time. I love her enthusiasm and her ability to find me just the right place that fits my needs - that has been my favorite part. ...Read More

My favorite thing about Romina was that she was extremely responsive through the entire process. She thought of creative ideas to get me into firms or get opportunities at firms, even during a pandemi...Read More 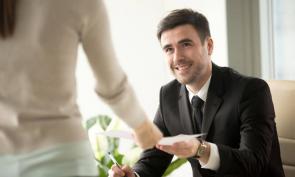 Should I Submit My Resume Through a Legal Recruiter, a Referral, or On My Own?

What is the best way to submit your resume to a law firm? Find out in this article..... 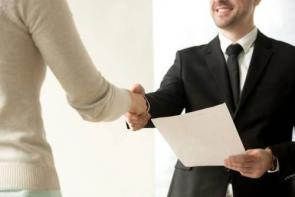 Learn what you must do to get ready for a law firm interview in this article..... 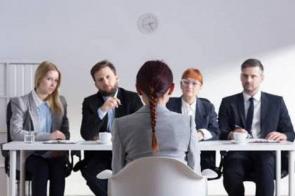 How Long Does it Take to Hear Back from a Law Firm After Interviewing as an Attorney?

Why haven’t I heard back yet from a law firm after a recruiter has already sent my materials to them?.... 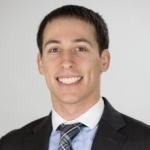 I felt like Karen was very thorough, very timely and I think she was very attentive to what my interests were. In other ....Read more >