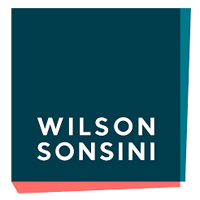 Wilson Sonsini Goodrich & Rosati, the premier provider of legal services to technology, life sciences, and growth enterprises worldwide, announced today that Jessica Rose Lonergan has joined the firm as Of Counsel in the New York office. She will be a member of Wilson Sonsini’s litigation department.

Most recently, Lonergan spent more than 10 years as an Assistant United States Attorney in the Criminal Division of the U.S. Attorney’s Office for the Southern District of New York. While in this position, she led more than 175 grand jury investigations and prosecutions involving bribery, Foreign Corrupt Practices Act violations, bank and wire fraud, frauds against the government, tax evasion, labor union fraud, racketeering, money laundering, and narcotics trafficking. In addition, Lonergan conducted nine criminal jury trials and briefed and argued numerous successful appeals in the Second Circuit Court of Appeals.

“Jessica is an accomplished investigator and litigator, and her decade of experience in the U.S. Attorney’s Office for the Southern District of New York handling some of that office’s most significant cases and most sensitive investigations will provide tremendous value to the firm and its clients,” said Moe Fodeman, a litigation partner in Wilson Sonsini’s New York office. “Jessica is a great addition to our litigation, investigations, and white-collar practices, and we are thrilled to welcome her to our firm.”

“I am excited to join Wilson Sonsini’s impressive litigation team and collaborate with its inspiring white-collar lawyers,” says Lonergan. “I look forward to working with the firm’s broad range of clients and leveraging my trial and investigative skills to help grow the practice.”