Steptoe & Johnson LLP announced the addition of Capitol Hill veteran George Callas to their Government Affairs & Public Policy and Tax Groups, where he will act as managing director of the Washington office.

Callas has been a senior tax counsel for Speaker of the House Paul Ryan and was one of the primary architects of the Tax Cuts and Jobs Act. He has been part of Capitol Hill for 15-years, working mostly on tax issues at a committee level and for Republican leaders. He served seven years on the House Committee on Ways and Means where he worked closely with former Chairmen Dave Camp, Paul Ryan, and current Chairman Kevin Brady.

Steptoe Chair Phil West said, “George is one of the most influential tax staffers on the Hill. Along with his strong technical tax skills, George has been recognized for his ability to translate the technical aspects of tax policy into concise and straightforward language that legislators, Treasury officials, and business executives understand. He will provide great value to clients, from large multinational corporations to trade associations, in navigating the new tax laws and the rulemakings that lie ahead.”

Government Affairs and Public Policy Group co-leaders Micah Green and Scott Sinder added, “George’s experiences both technically and politically at the committee level and in the speaker’s office, have given him unique insights not only into how tax laws are negotiated and enacted, but also the intent of the Congress on virtually every section of the most significant tax reform legislation to pass Congress in over three decades. Such deep and recent experiences and insights will provide tax clients valuable perspective on tax regulatory, legislative, and planning strategies as this new law is implemented and continually reviewed.”

Callas received his B.A., LL.M. and J.D. from the University of Florida. 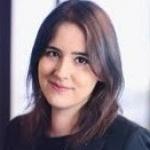