Is Bingham Looking for a Merger | BCGSearch.com

Is Bingham Looking for a Merger

Is Bingham Looking for a Merger

Rumors that Boston-based law firm Bingham McCutchen is looking for a merger is going hot. Last week, Casey Sullivan did an exclusive on Reuters claiming that inside sources say Bingham is under a lot of financial pressure and is seeking merger with another big law firm. This week, the Wall Street Journal followed with their interpretation of the events claiming that Bingham is on the lookout for a merger partner.

The issue whipped up so much media attention that Bingham's Managing Partner Steve Browne sent a firm wide email with the subject of "Recent Media Coverage." Browne said, "There were several articles this week reporting on rumors that Bingham is in merger talks with other law firms .... As a firm known for embracing change, we are always open to exploring opportunities, and we continue to selectively screen and evaluate them as they are presented to us."

Mergers are nothing new to Bingham McCutchen, which was itself formed in 2002 by a merger between Boston-based Bingham Dana & Gould and San Francisco-based McCutchen Doyle. With Steve Browne and others assuming the leadership of Bingham in May this year, speculation had been rife about the near future of the firm, especially considering that there had been a steady stream of partners leaving for other firms over the last one-year-period. One of the most important departures included an 11-partner group of securities attorneys moving over to Sidley Austin in April, just before Browne was elevated to managing partner.

Though at the time the law firm had claimed the change in leadership was part of a routine succession plan, people who are aware of the market knew that Bingham had suffered a massive drop in revenue in 2013, which was more than $100 million. However, as reported by Wall Street Journal, a spokeswoman of the firm has confirmed following the rumors of a merger that the financial performance of the law firm continues to be very strong and "we are on track to have a much better year than we did in 2013."

The Rueters' article claimed that very recently, Bingham has approached at least two big firms including Winston & Strawn and Morgan Lewis & Bockius. Earlier this year, Bingham had also approached Morrison & Foerster and O'Melveny & Myers for possible mergers though the overtures did not result in positive conclusions, at the time. 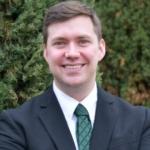