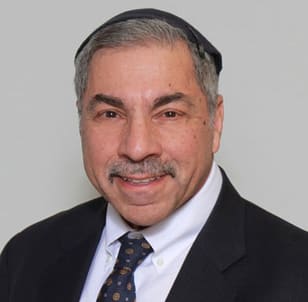 
Over his 22 years in the industry, Brian Siegel has been a highly successful legal recruiter on the West Coast. He is also an attorney and author. Mr. Siegel is the Managing Director of BCG’s Century City office and handles attorney placements of all kinds throughout California and the Western United States.

Mr. Siegel has a consistent track record of success and is known for his ability to secure record placements even during economic downturns. His success comes from close working relationships with firms combined with a respectful and thorough approach to recruiting. He is as frank as possible with candidates and goes the extra mile when it comes to resume and cover letter review and interview preparation.

After graduating, Mr. Siegel moved to Los Angeles. He landed at LAX with a duffel bag and $600 in his pocket, rented an apartment in Westwood, and soon found a job as a secured lending lawyer. For the next ten years, he continued to work on secured lending, commercial financing and leveraged leasing transactions. He started out at Buchalter Nemer and later moved in-house at Bank of America and the McDonnell Douglas Finance Corporation.

Mr. Siegel has always had a talent for legal writing and after years of practicing law he decided to use his abilities to help future lawyers. He started a legal writing course for the essay portion of the California State Bar Exam and authored the popular 12-book study guide series, “Siegel’s Answers to Essay and Multiple Choice Questions,” a mainstay in legal bookstores throughout the United States for more than 25 years.

He transitioned into legal recruiting after helping two former bar review students find jobs. During the past 22 years, he’s had his own recruiting firm and worked for other agencies. He joined BCG in 1995 because of BCG’s stellar reputation and the way the company uses the Internet and technology to stay on the cutting-edge of legal recruiting.

Mr. Siegel stays active by swimming and playing hoops with friends at his local YMCA. He also attends Kollels focused around the study of the ethical works of Judaism and has been a Westwood Kehilla Dinner Honoree.

He has two grown sons and four grandchildren. His oldest son is head of ticket sales for the Dodgers (Mr. Siegel is a fan but remains loyal to the Yankees). His youngest son is a social worker who spent 27 months as a Peace Corps volunteer in Mali, Africa.
Articles Contributed

Brian placed me at a top law firm, and I would highly recommend them to anyone seeking an excellent legal job. My goal was to work at a law firm where I could make a valuable contribution with my part...Read More

Brian is an incredible, very effective team! They moved the process along quickly and were extremely responsive to all my questions at every stage. Brian worked to understand my personal and professio...Read More

Brian assisted in placing me at McGuireWoods, and I have now finished my second month here. So far, so good. Brian really went above and beyond in first, evaluating what would be a good fit for my car...Read More

My favorite things about working with BCG Attorney Search were the search engine or the way you provide updates for openings, which were definitely a huge thing. I also liked your vast network of diff...Read More

They were very good about scheduling the calls, getting the process rolling. I started working with someone who was in California and he transferred me to an associate in New York. The entire process ...Read More