How can I be supportive of staff?

How can I be supportive of staff? But, I have to correct them when they make mistakes. The big thing is not to take it personally and to get angry. One of the most important things you can do is to have standards for the people that work for you. Your staff needs to see you as someone that also has their back, meaning that if they do make mistakes, you're going to correct them and look out for them. I read a book not too long ago.

And that talked about what makes a really good manager. There're two important things about management. The first is that there shouldn't be any surprises. If somebody is not doing a good job, you should be telling them what they're doing wrong.

And if it persists, giving them a certain amount of time to improve, and if they don't improve, they should know that they're going to have to find another job or they're going to lose their job. People actually should only very rarely be fired. Very rarely. You shouldn't just surprise someone one day and fire them.

The other thing that is very important is to have certain standards. Like I have standards where the people that work here about, how they're supposed to put together their materials for their candidates, when we're working with them, how soon they're supposed to contact people and all sorts of things.

And so, if people are making mistakes, you need to correct them. It doesn't mean you're not supportive, and they need to realize that you'll have their back. The other thing too, is that when people do stuff, you're also supposed to be very good at praising them and showing them that they did that.

And they will like that makes them feel supported. So always pointing out when people are doing things right. There's an interesting management book that I like, and I've only read it once, and I probably should read it again. It's called the "One minute manager," by Ken Blanchard. The Gist of that is that every week you give someone an assignment, and then you ask them what happened with that assignment over the course of the past week.

If someone keeps coming back and not doing something properly, you know, you have a problem. And that person will generally leave themselves. If they do it right, you praise them and then give them an assignment next week.

You need to catch people doing things right. Then be very careful about criticizing when they did things wrong, and that's really the big thing. 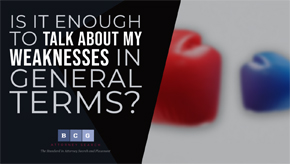 Is it enough to talk about my weaknesses in general .... 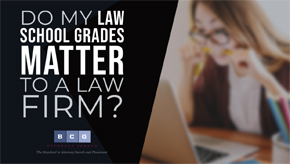 Do My Law School Grades Matter to a Law Firm? 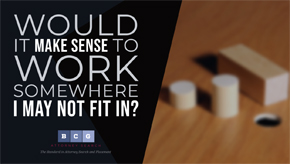 Would it make sense to work somewhere I may not .... 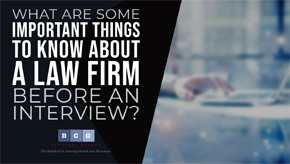 What are some important things to know about a law ....