Why You Should Never Take Jobs If You're Not 'All In'

Why You Should Never Take Jobs If You're Not 'All In'

[00:00:00] I received an in-house offer two days ago that I really want but now lukewarm about. I'm currently being considered at a few other places, including some large cap companies. How do I buy myself more time to respond to an offer? I don't want to engage in salary negotiations until then, so I don't waste my time in case I end up taking the offer.

Okay. You have some other offers that could come through, I don't think that you should take something that you're lukewarm about. I think whatever you do, you need to go in. We need to go all in, whatever it is, because if your heart's not in it, you're not going to do well.

The problem with going into any job when you're not all in is you're just not going to do the best work. You're not going to look for the most opportunities. You're just being like a mercenary and wherever you go, you need to look at yourself like you could be there your whole career, because otherwise you're just going to make yourself restless.

I don't know if a large cap company is your goal, that's great, then you should stick out for that. And, wait until you get the kind of job you want. I just think you need to go someplace where you feel like your heart's in it and that you want to [00:01:00] do well. The idea of taking a job and settling is a real problem.

When people settle, they never like what they get. They're never happy with what they get. If you settle for a mate that you don't like settling, you won't be happy . People, a lot of times will make decisions out of weakness.

So, if you make decisions from a place of weakness, then you will not do well because you're going to resent the employer later on and resent the person that gave you the opportunity. So, do yourself and the employer a favor that if you don't want the job, just turn it down.

I don't think there's any sene in putting yourself in a job or a position where you're not going to be happy. It just doesn't make any sense. If you're being considered at some large cap companies, then the odds are pretty good that you'll be able to get a position with a large cap company later.

So, there's nothing, really, to worry about. And, you should just turn down those offers. I think that actually sends a message to yourself that you have self-respect and know what you're capable of.

[00:02:00] And, by the way an employer should not be offering someone a job who doesn't want it. That's probably bad judgment on their part.

I had a really interesting experience once where I was interviewing, right before I left the practice of law and I was able to go into all these firms, and convince them to hire me. But, I really didn't want to do it. Then, I interviewed with a very famous attorney in New York. His name was Barry Ostreicher. He was at Simpson Thatcher and I was interviewing with him and, he said you're just exactly what we're looking for, but I can tell that this isn't something you really want. And, I need to think about this and I'd like you to stay the afternoon and talk to some more people so I can ask them their impression.

That was very smart. He's a judge now, I think. Yeah, very smart guy. People should only hire you if you want something. That would have been a mistake. I mean, he was doing the right thing. 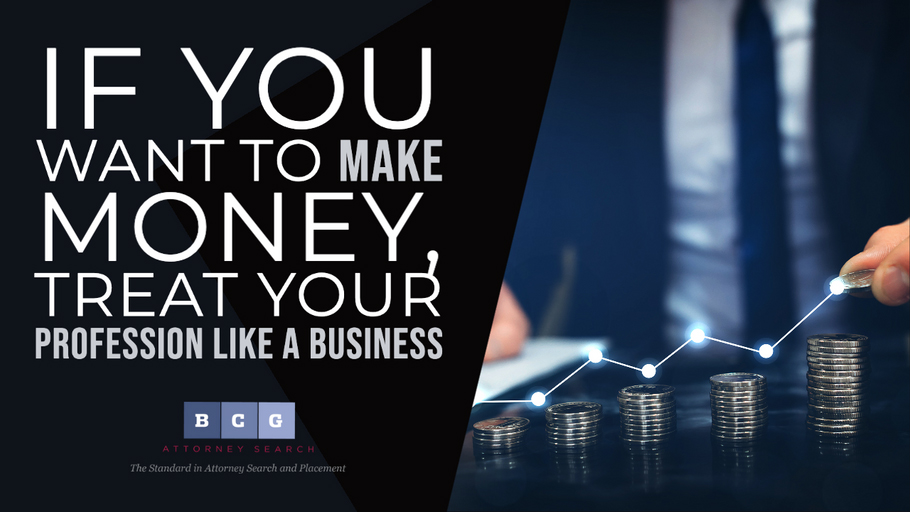 If You Want To Make Money, Treat Your Profession Like .... 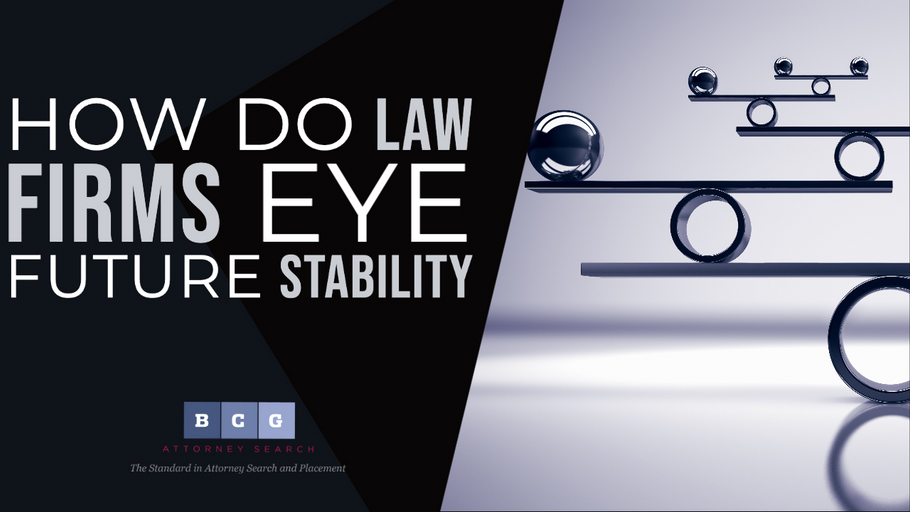 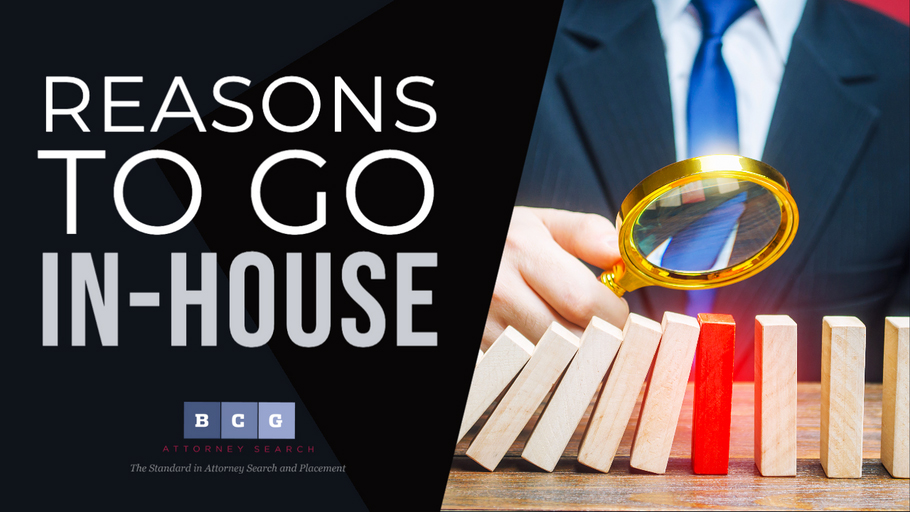 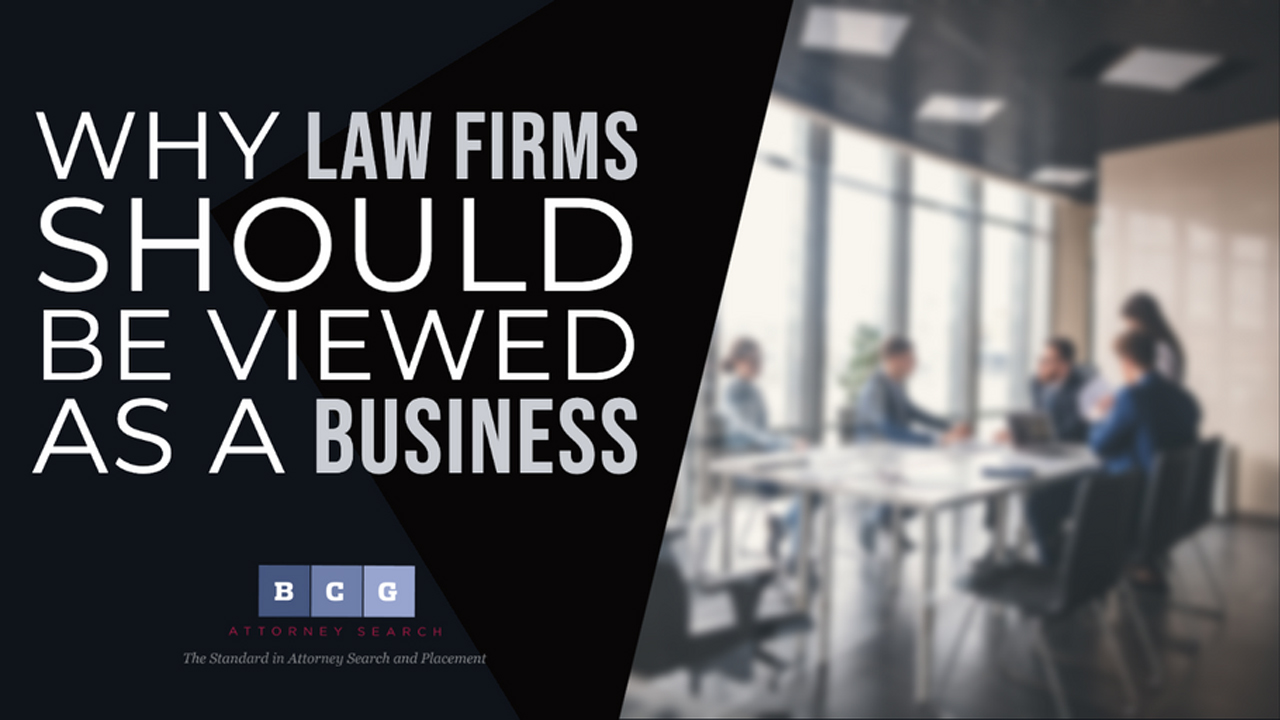 Why Law Firms Should Be Viewed As A Business