Should I change law firms?

I read your article about three reasons to change law firms. I'm interested in your perspective, based on your experience. I work in a mid to large-sized patent boutique, 60 to 70 attorneys, fairly prestigious patent prosecution reputation.

It's hard to make an equity partner, but a reasonable opportunity to make a non-equity partner. Not too long ago, two of the partners broke off from the firm and started their own in order to lower cost to their corporate clients who are demanding lower patent prosecution costs.

One of the partners asked if I would join the firm and outright said I would be his succession plan for his largest client. I'm in a very solid position in my current firm. But as suggested, it's hard to make equity partner. Having an opportunity to eventually take over a large client of a small firm was very enticing, but makes me nervous to leave what I currently have.

Do you have any advice? So the first thing is there's a couple of different things that are happening in the patent market right now. And one of them is that a lot of the work is moving to smaller firms or places that are doing the work at a fixed cost.

Because typically, patent attorney or patent clients will hire people that know what they're doing at a lower cost and don't necessarily need large law firms and all of their overhead to support it. So that's actually a very important point.

The next thing is that many patent firms that are doing well now or surviving are very small. Some of them can be five or six attorneys. There's firms that are that size doing patents for Microsoft and Amazon and all sorts of people. Larger patent firms are risky.

The other thing that's risky is if you don't think you're ever going to become an equity partner at your firm, the only way you would become an equity partner would be if you had your own clients. So this person making you a promise, that you can be part of a succession plan, I'd asked myself when that's going to be. If it's not going to be too far into the distant future, less than a 10 to 15-year or more than a 10 to 15-year timeline, and then maybe that's good idea, and you have to ask yourself

how much other work they have besides this one client? Because you don't want to be in a position where that one client leaves, and then this whole firm blows up. That could be a bad thing. The other thing is it's a lot of times new firms don't do well because, attorneys are attorneys, they're not business people, so they can often make business mistakes.

Why did the partner that left leave? And you need to figure that out and have other people that have been made non-equity partner, are they being kept around? Is your firm growing? Is it shrinking? All those sorts of things? I would be cautious about that, but I will tell you that in the long run, if you really do believe that you would have an opportunity to have a business, then you're going to be in much better shape. 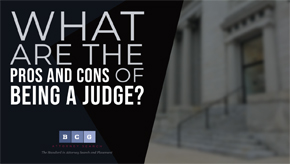 What are the pros and cons of being a judge? 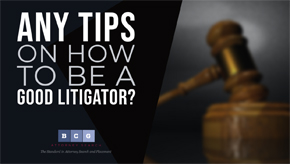 Tips on how to be a good litigator? 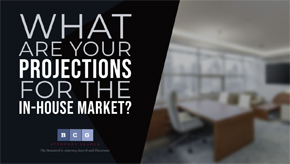 What are your projections for the in-house market? 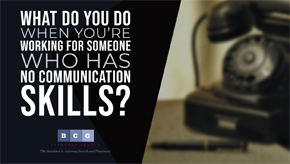 What do you do when you're working for someone who ....