Reasons that Would Compel You to Leave Your Job

Reasons that Would Compel You to Leave Your Job

[00:00:00] I absolutely despise my big law job that I lateraled to a few months ago. My main partner is an absolute nightmare screamer and she literally haunts my dreams and waking hours. I just can't handle it anymore and it's not worth it for me. I have a one-year-old that I basically spent next to zero time with, since I've been absurdly busy since the pandemic started.

I lateraled a few months ago because I thought it would make things better and they've just gotten so much worse. I'm planning on quitting, taking six month or so sabbatical to spend time with my son that I never got after he was born, but I want to see if anyone had ever done so. What problems would this cause?

Okay, so there are two issues here. I don't know if you're a man or a woman, but there is some sexism in the legal profession. If you're a woman and say, you need to take time off for family, to raise for your child or something. I think that's probably okay. But there's an article called why you should never leave the practice of law for more than a few months or something that I've written.

The problem is when you leave the practice of law or you leave, unfortunately, the blame [00:01:00] is put on you.

It becomes much more difficult for you to get hired by another law firm after that, because they have to choose between people that are employed and unemployed.

If you're unemployed, it sends a message that you may have lost your job.

You may have had these kinds of problems and you may not be able to fit in or, who knows, or you're not doing good work. That's how they evaluate that. And then the other thing is, law firms just want people to be working all the time and never quit. I don't know why that is. I think it's because when you leave for a few months or six months, and then you come back because of all these things you're dealing with, a lot of people just don't stick with it. That's just something to think about.

It's the pilot that landed that famous plane in the Hudson. They always say when a pilot stops flying for a short period of time, they never fly again. He never flew again after that landing. A lot of times, when attorneys leave the practice of law, and then they come back, they're just not up for it.

There's nothing wrong with you not liking it. You may not have liked the place you're at before.

You may be in the wrong firm.

You may be having the wrong demands, put on you.

You may have the wrong stress.

I can tell [00:02:00] you that I did litigation for a federal judge. And, I thought that was a very pleasant job. Meaning, I just did a clerkship and there was so many positive things about that.

You may be happier in another practice setting and it doesn't have to be big law. Big law is just different. There are different pressures.

It's more difficult to keep clients.

The standards are higher.

That may not be the practice setting for you. And there's nothing wrong with that. Everyone has to go where they're happy and there's no sense spending every day being unhappy. It's like a bad relationship. And regardless of whether it's caused by you or caused by the firm, if it's not working out for you, then my advice would be to try to find something else.

If it was me, I would try to find a different practice setting, one that you're happy with. There are so many jobs out there that you can do.

I could talk about forever, like alternative legal careers.

You can work in law schools.

You can work in government offices.

You can work for businesses.

You can start real estate.

If it doesn't have to be legal related. You can do all sorts of things. And doing those would be very helpful for you. Try to do something that you [00:03:00] like better. That's really what I would recommend. If it's too difficult for you, then you should push on.

The other thing, this person screaming, that may be about them or maybe about you. Ultimately, no one should expose themselves to what you're dealing with. Regardless of whether you're causing it or they're causing it or whoever, it's just not healthy for your sanity. I will say just this to everyone on this call. I've been doing this for so long, but I keep seeing attorneys, especially ones that work in like, large skyscrapers and stuff coming down with all these auto immune problems. Not just psychological problems, but all these kinds of issues.

This can take a big toll. Not just your psychological health, but obviously your physical health. I know a lot of attorneys who have died very early because of this kind of stuff. I had one attorney working for me and rents from me an office space. He was a litigator and he was in his early forties and found him in his bathroom. He's been dead for a couple of weeks. It's just, this kind of stuff happens, so you shouldn't. This can be very harmful and it's not a good thing. It's something that you should be aware of. If you're experiencing all this psychological stress, It's probably [00:04:00] not going to get better. 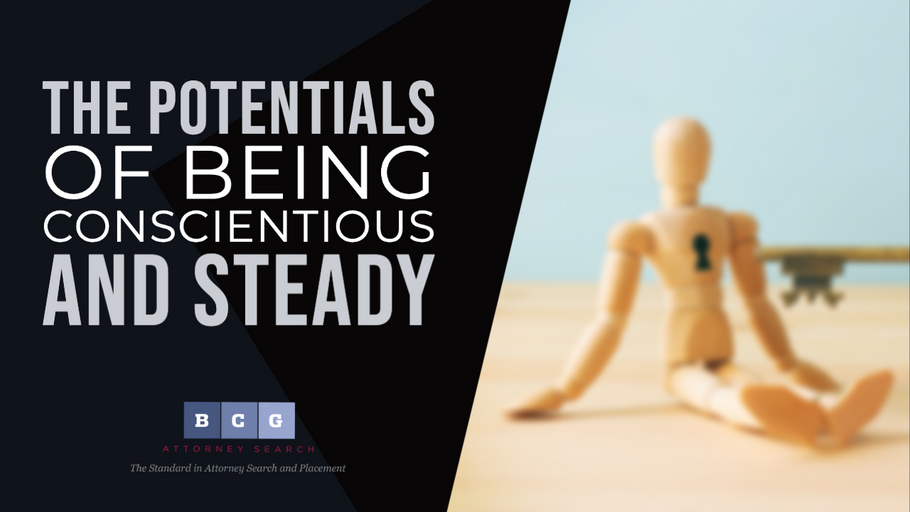 The Potentials of Being Conscientious and Steady 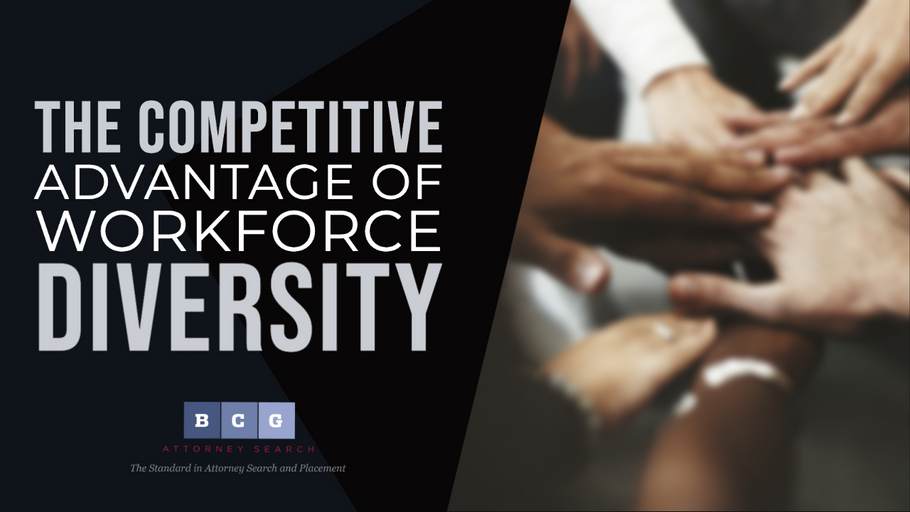 The Competitive Advantage of Workforce Diversity 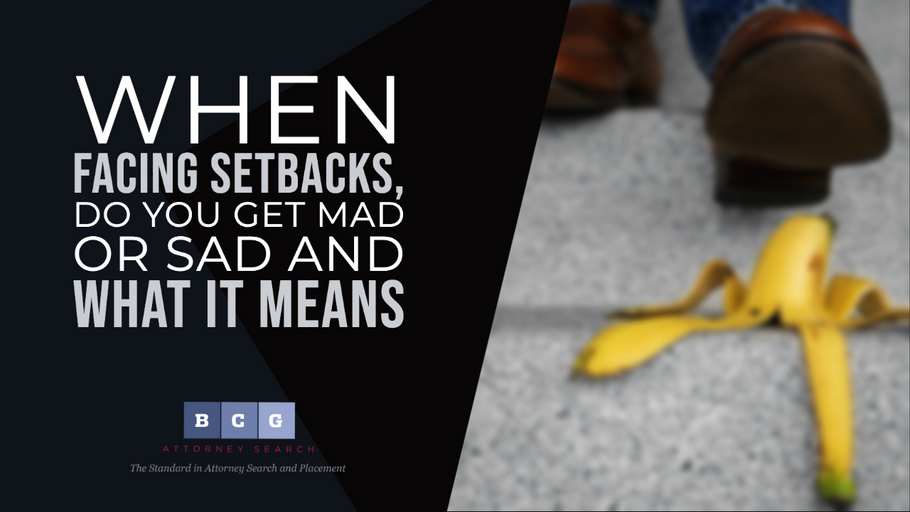 When Facing Setbacks, Do You Get Mad or Sad and .... 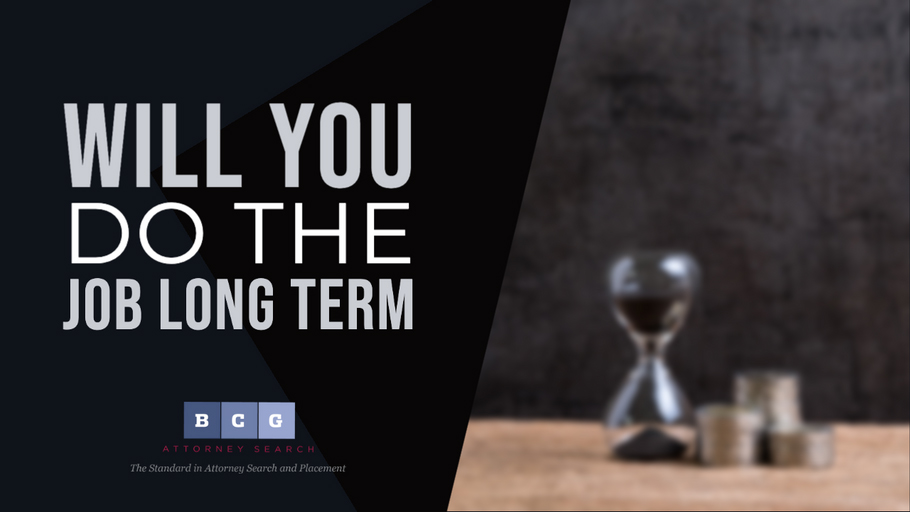 Will You Do The Job Long Term