Summary: The Boston tax practice at Cooley received a new member with William Corcoran joining as a partner from Osler, Hoskin & Harcourt. 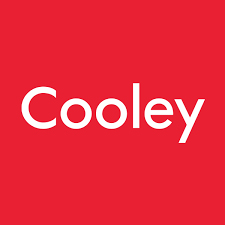 The year 2017 is turning out to be a good year for Cooley. The law firm has added a second partner for the year in Boston, which is celebrating its tenth year and has grown to over 120 lawyers and staff. William Corcoran is joining the firm’s Boston office as a partner in the tax practice. He joins from Osler, Hoskin & Harcourt.

Co-chair of the tax practice, Kathleen Pakenham said, “Bill’s extensive experience in M&A, private equity and international and partnership tax law will be a boon for our clients not only in the US but across the globe. He will help to expand our tax capabilities in a number of ways and will be a strong addition for the firm.”

Corcoran will focus on federal and state income tax consequences of corporate and partnership mergers and divisions. This includes working on leveraged buyout, mezzanine, venture capital, and other alternative investments sources. He works with non-US investors through alternative investment vehicles formed for investing in debt, real estate, equity, and infrastructure projects.

Corcoran said of his move, “I’ve had the opportunity to work with members of the Cooley team on corporate transactions, and that makes this transition all the more exciting. Cooley has an immensely talented group, and I’m looking forward to hitting the ground running.”

He received his B.A. from Brandeis University and his J.D. from the University of Chicago.

The other new partner in the Boston office was Ryan Sansom last month. He joined from Goodwin.

"I had a really good experience. My recruiter was great, she was very responsive. I loved..." Read moreFrank Sciremammano
Syracuse University College of Law, Class of 2012

"I have enjoyed working with my recruiter and I look forward to learning more from you in the future."Jiayi Jiang
Brooklyn Law School, Class of 2010
Brooklyn, NY